Aloisi’s pride in his hard-working Roar

Brisbane Roar Head Coach John Aloisi has praised his players for shouldering a tough workload as they continue to prepare for a challenging pre-season schedule over the next two months.

With the first month of training under their belts – and an impressive performance against Liverpool FC – Aloisi described the effort put in by his squad as “brilliant”.

“I have been very happy with the way the boys have applied themselves,” he said.

“I have introduced some new things. The players have been brilliant in embracing those new structures and are working very hard to get things right.”

After that the Roar will play Melbourne Victory, Newcastle Jets and Central Coast Mariners in pre-season friendlies at venues across South-East Queensland as they build towards the opening round of the 2015/16 Hyundai A-League.

They will also take on an Under-23 All-Stars team chosen from the ranks of PlayStation® 4 National Premier Leagues Queensland clubs.

“It is important that we get in these quality games because we are still working on the way we are playing and our fitness,” Aloisi said.

Aloisi has told his players he will be looking for improvement with each match.

“We need to make sure that come Round One (of the 2015/16 Hyundai A-League), the players are sharp and understand exactly what we are asking them to do in terms of our playing style and structures,” he said.

“We’re getting there and the goal is to keep improving each day and each week. That is what pre-season is all about.” 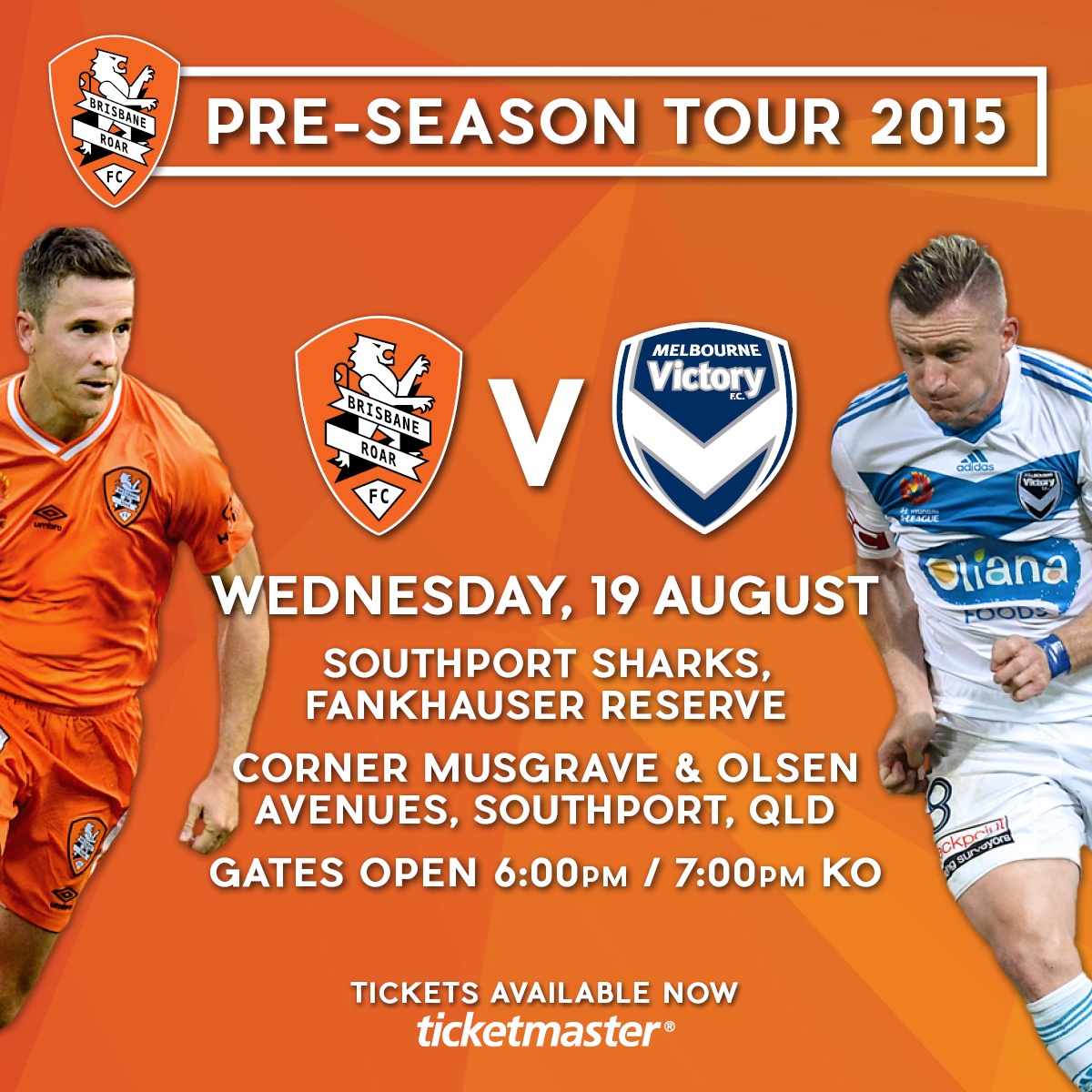 The Roar’s other pre-season matches are:

Ticketing detals for these games will be announced soon.

The Roar play Western Sydney Wanderers at Pirtek Stadium on Thursday, 8 October (7pm kick off) in the opening game of the 2015/16 Hyundai A-League.

The club’s first home match is against Central Coast Mariners on Sunday, 18 October (4pm kick off).

The Roar yesterday played an intense internal 11 versus 11 match between the club’s Hyundai A-League squad and the Young Roar PS4NPLQLD players.