Hat-trick hero Steven Lustica reaped the benefits of an attacking combination Brisbane Roar Head Coach John Aloisi described as “dangerous” in an 8-0 win over the PS4NPLQLD Under-23 All-Stars tonight.

The midfielder netted his three goals inside the first 39 minutes, clinically finishing off two slick passing movements and burying a penalty, as the Roar raced to a 5-0 half-time lead that stunned  the young select side from the PlayStation 4 National Premier Leagues Queensland ranks.

Although the Under-23s rallied after the high-tempo Roar start, and they had several chances to get on the scoresheet, they couldn’t match a Roar side which is clearly sharpening its focus with less than three weeks to the start of the Hyundai A-League 2015/16 season.

Aloisi said the way his side started was a significant improvement on last week’s scoreless draw with Newcastle Jets FC.

“What we lacked last week was penetrating against Newcastle. Our forward runs (today) caused problems – I was quite happy with that today. That was the main thing we wanted to see,” Aloisi said.

The Roar Head Coach said Lustica had embraced the new structures and movements he has introduced since taking over in June and was deservedly rewarded with his hat-trick today.

“His combinations were good,” Aloisi said.

“They are so close together, the little one-twos and the third-man runs are hard to track and that worked really well in the first half.

“Unfortunately, we didn’t see enough of that in the second.” 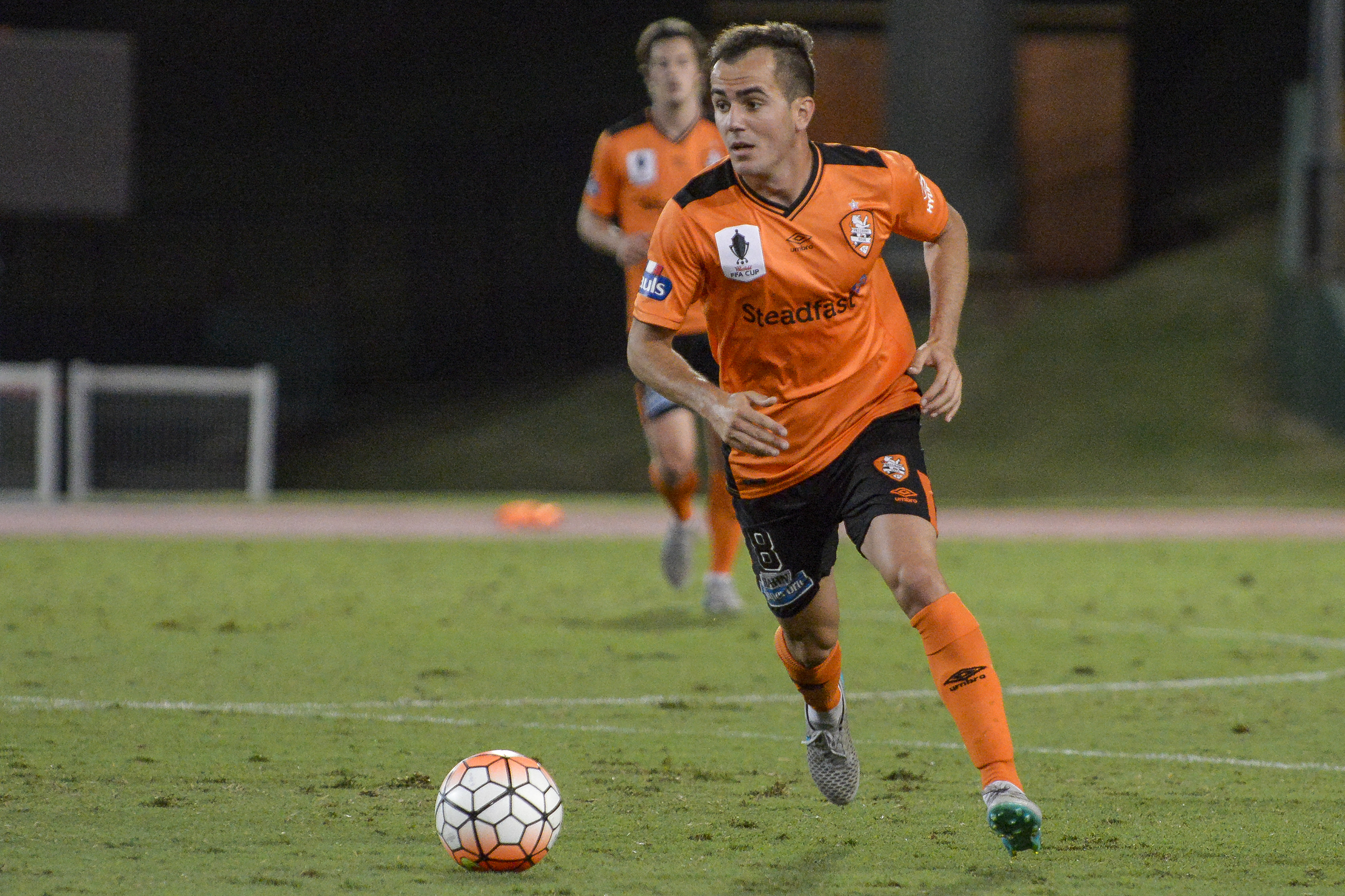 It was timely that Lustica (above) should get a hat-trick – just one week away from the Roar’s next pre-season match against the Central Coast Mariners (Sunshine Coast Stadium, Saturday, 26 September, 7pm kick off).

Lustica netted a hat-trick against the Mariners on their last visit north in the Roar’s 6-1 Hyundai A-League 2014/15 win in April.

“Goals are always something that I can offer in midfield,” Lustica said.

“If I can score from midfield, that what’s the game is about. But I also want to cement my spot in the first team, keep working hard, keep developing and keep improving. They are my goals for the season.”

The pleasing thing for the Roar was that in addition to Lustica’s haul, the other five goals were scored by five different players – Solorzano, Brandon Borrello, Jerome Polenz (an unstoppable pile-driver from the edge of the box), Dimitri Petratos and Jack Hingert.

Polenz and Hingert are fullbacks and for them to be forward enough to score underlines Aloisi’s attacking style.

The downside for the Roar was McKay and Broich going off at halftime with injuries. McKay reported a tight back while Broich is still battling a foot injury.

Aloisi said next weekend’s game against the Mariners would be another chance for each player in the squad to press their claims for selection in the opening Hyundai A-League fixture away to Western Sydney Wanderers FC on Thursday, 8 October.

“The team I put out against the Mariners will not necessarily be the team I will start against the Wanderers. I want to see everyone and ensure everyone is getting minutes,” Aloisi said.