Anglican Church Grammar School opens their doors for the Roar

The Brisbane Roar squad have begun their training week with a session at Anglican Church Grammar School, a.k.a Churchie.

Boasting an immaculate field, the Roar were privileged to be invited by the school to conduct their first training session of the week.

The Roar’s Youth squad currently use the facilities as a training base, through the relationship with former Brisbane Roar player Warren Moon, now Football Director at Churchie, and current Roar Youth Coach Josh McCloughan.

Moon was a keen observer of the session at Churchie this morning.

“Being a former Roar player, both the school and I are happy to help where we can,” Moon said. 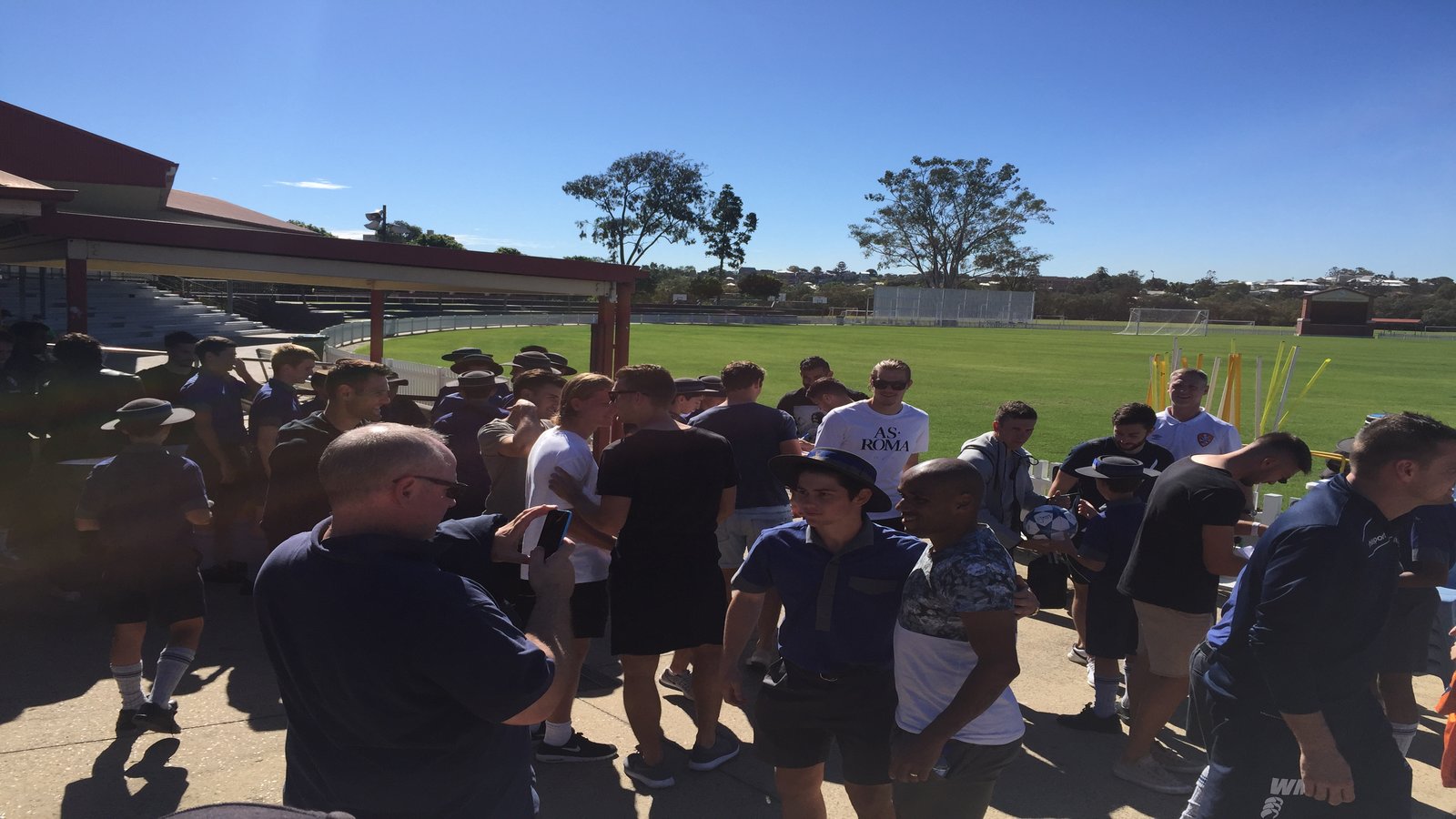 The first-class venue has previously hosted a number of major sporting teams including the British and Irish Lions, the All Blacks and will host the England Rugby Union squad in June.

The Roar have now added their named alongside an illustrious list of sporting teams to be given the opportunity to train at the venue.

Football Director Craig Moore says it’s important to take our training sessions into the community both post and pre-season.

“Training in front of coaches and interacting with the students is what the club is all about.”

The club hopes to continue building their relationship with Churchie into the future.