Borrello nominated for NAB Young Footballer of the Year

Brisbane Roar winger Brandon Borrello has been named as the January nominee for the Hyundai A-League NAB Young Football of the Year 2016/17 Award.

The nomination is Borrello’s third for the NAB Young Footballer of the Year Award after he was the March nominee in 2014/15 and also nominated in October of the 2015/16 season.

Bar a cameo off the bench in Brisbane Roar’s first game of 2017 against Newcastle, Borrello played every minute in the Roar’s three remaining matches in January including a vital goal against Western Sydney Wanderers.

“It’s been a great month for me and the team and it’s an honour to be nominated for the NAB Young Footballer of the Year for the third time,” said Borrello.

“I’ve been working hard on consistently performing at a high level and now I want continue to help the team be successful this season.”

“A big thank you to NAB for supporting the Young Player of the Year Award and grass roots football.” 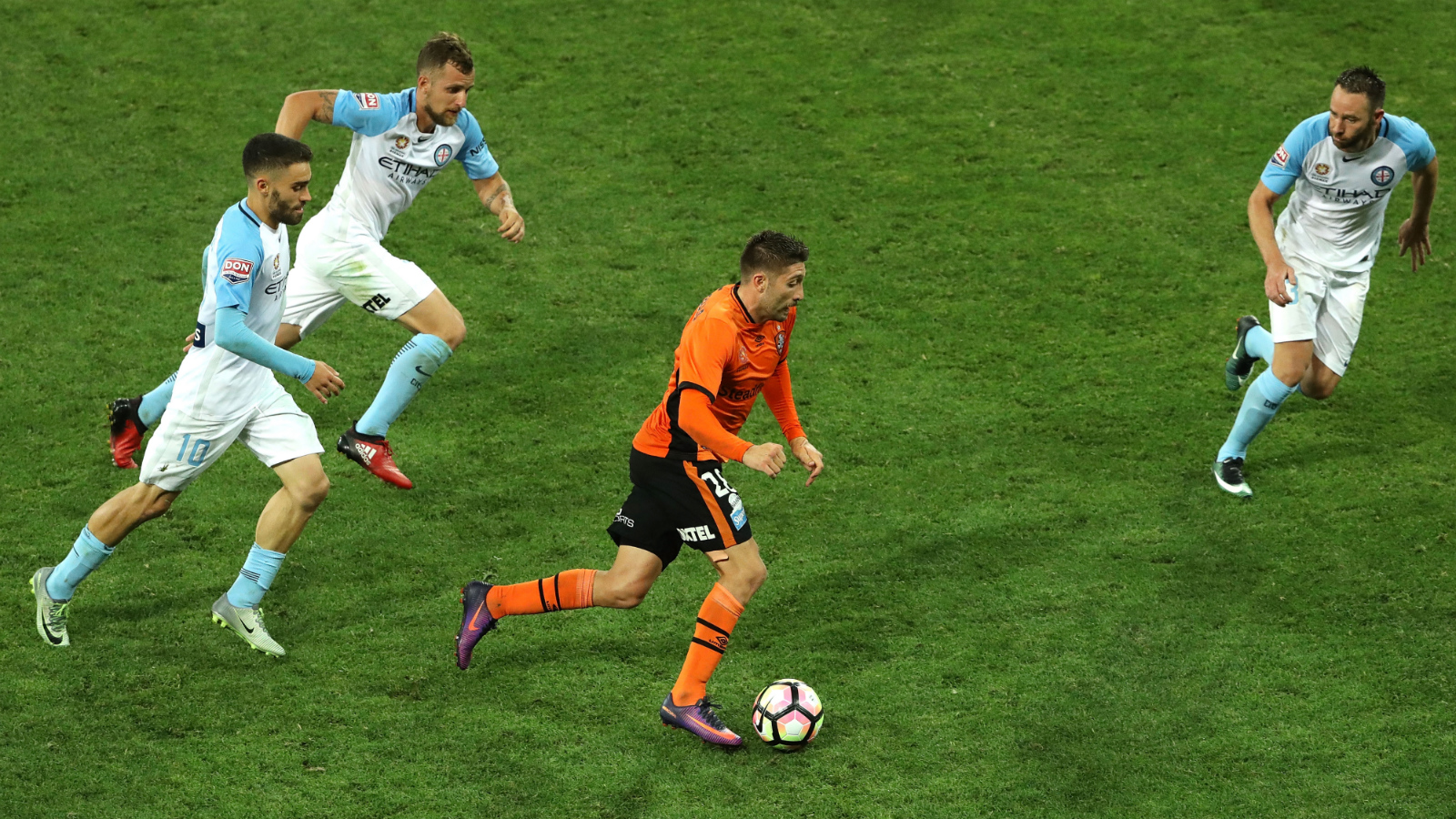 National Australia Bank’s General Manager Client Experience, Kieren Perkins said he is delighted to see the NAB Young Footballer of the Year Award continue to unearth the stars of tomorrow.

“We congratulate Brandon on his nomination and look forward to watching his development and growth on the football field in the years to come,” said Perkins.

NAB has generously donated a $2,000 NAB Club Recognition Award to Borrello’s nominated junior club, Nerangba United FC in which includes a range of equipment along with a financial reward.

The Hyundai A-League NAB Young Footballer of the Year 2016/17 will be announced at the Dolan Warren Awards Night.

The overall winner of the Hyundai A-League, NAB Young Footballer of the Year 2016/17 Award will receive a $10,000 personal investment portfolio, along with a NAB Private Client Manager to assist with a range of banking and financial services.

Brandon Borrello has been an important member of the Roar squad, playing in 16 of the Roar’s 19 matches.

His two goals during the Hyundai A-League season have been crucial strikes as they proved to be the difference in separate fixtures against Perth Glory and Western Sydney Wanderers.

His influence is not limited to the attacking third, with his 19 tackles so far this season coming at an 89% success rate.

The 21-year-old was one of the best afield in the Roar’s historic AFC Champions League playoff victory over Shanghai Shenhua, scoring an exquisitie opener before turning provider for Tommy Oar later in the game.

A week earlier, he broke the record for the most goals scored in an AFC Champions League match by an Australian, slotting four in the Roar’s 6-0 win over Global FC.