Brisbane Roar FC is proud to announce the signing of talented young forward and Olyroo Brandon Borrello to a Hyundai A-League senior contract.

The 20-year-old Roar Youth product has signed for two years.

Borrello has made 49 appearances for the club across all competitions for 11 goals including five in 13 Hyundai A-League appearances so far this season.

He is set to line-up again for the Roar when they take on Newcastle Jets at Suncorp Stadium on Friday (7pm kick off).

To book tickets to the match, which also includes a half-time celebration of the Roar Powerchair team’s recent national championship success, click here.

Borrello (below) said he was delighted to secure his immediate future with the Roar. 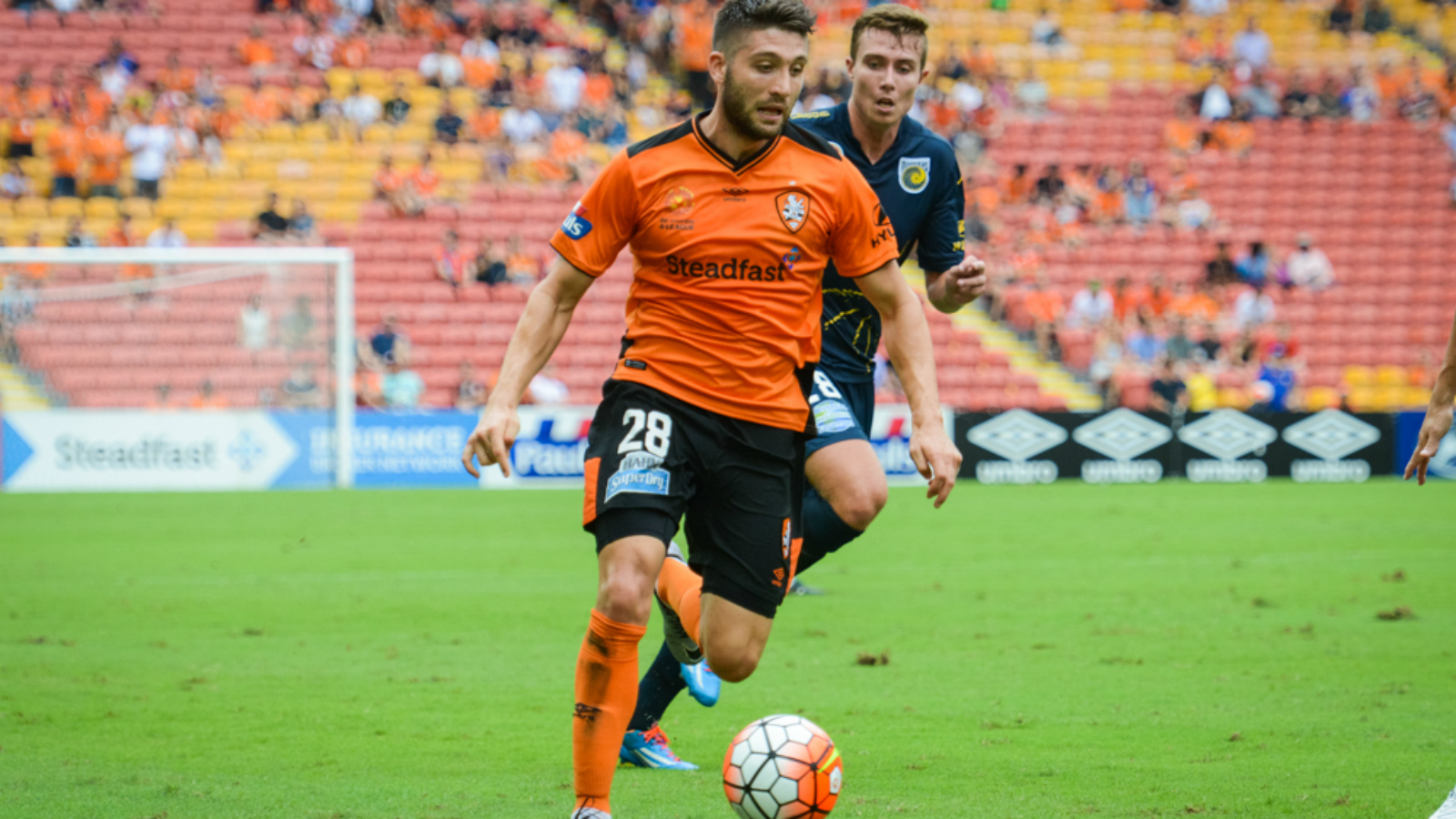 “It is very exciting for myself and my family to sign my first fully professional contact and I am happy that it is with Brisbane,” Borrello said.

“It’s great that I can develop and better my career here.”

“He’s given us all the resources, analysis and everything we could possibly want to get to the level he wants us it. It’s a great time for me and the club.”

Aloisi said signing Borrello was a key part of his longer-term plans at the club.

“I’m very excited about having such a promising young and talented player like Brandon and it is great to know he will be part of the club for another two years,” Aloisi said.

“He has had a good season this year and we still know that Brandon has a lot of improving ahead and he will do that.

“Brandon was from our Youth team and worked his way into the first team and he deserves a new contract.” 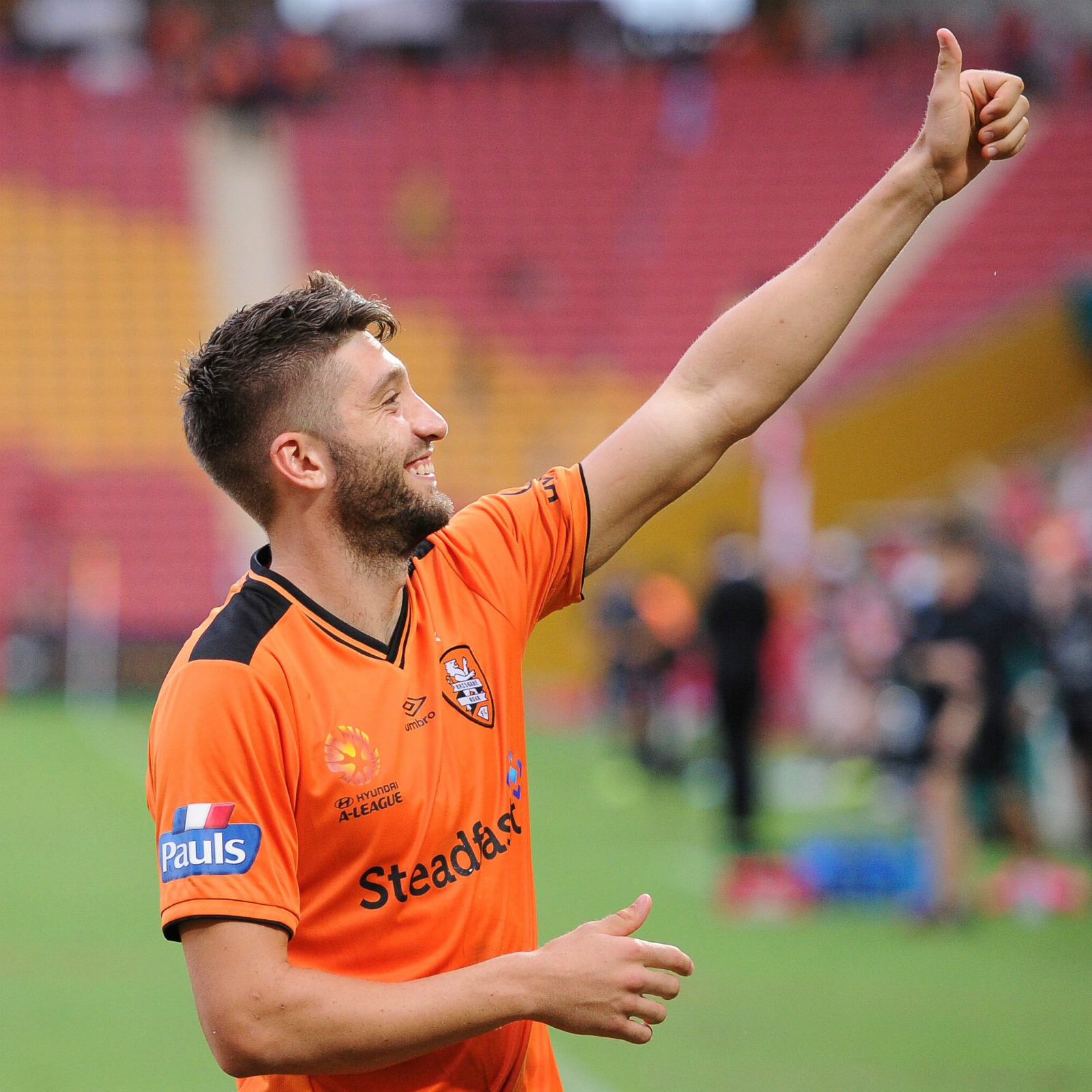 Borrello, originally from South Australia, first came to prominence when he was top scorer for the club’s Foxtel Youth League team three seasons ago.

He made his senior debut on 3 November 2013 as a second-half substitute in a 3-0 win over Melbourne City. His first goal for the club was a year and five days later, also against Melbourne City.

He started this season in sensational style scoring braces in wins over Central Coast (Round 2) and Adelaide United (Round 4).

Borrello said it was important the Roar continued their improvement as they chase a third consecutive victory and consolidate their place among the competition leaders.

“We didn’t want to have another season like the last (when they finished mid-table),” Borrello said.

“Every single player in our squad is a winner. We know how to win.

“Ultimately there a prize at the end of the season but right now we are just trying to better ourselves with each game.” 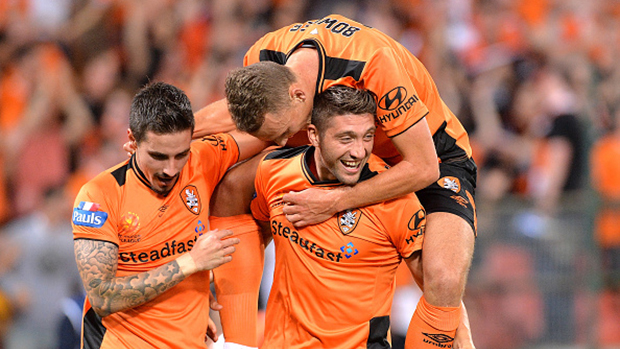 Borrello said his new contract would allow him to continue to learn from the club’s senior players while further developing goal-scoring partnerships across the front-line and with midfielders.

“The whole emphasis on our attacking game is that everyone is a part of it,” Borrello said.

“It’s not just me or Jamie or Thomas or Dimi. John wants us all attacking and scoring goals.

“It is a bonus if I get to score a goal, but if I am in the build up and creating the chance, it’s all part of the package.”