The 20-year-old has netted four goals in four rounds of the Hyundai A-League and is the competition’s leading scorer. Maclaren has netted three.

The duo provided all three Roar goals in Saturday night’s win over Adelaide United (listen to ABC Grandstand coverage below).

Borrello and Maclaren both toured Europe with the Olyroos in early September but Borrello was not included for the Under-23s tour of South Korea in early October. Maclaren was named but withdrew with a knee injury.

The Olyroos must finish in the top three in their qualifying tournament (the AFC Under-23 Championships) in Qatar in January to advance to the 2016 Olympic Games in Rio de Janeiro. 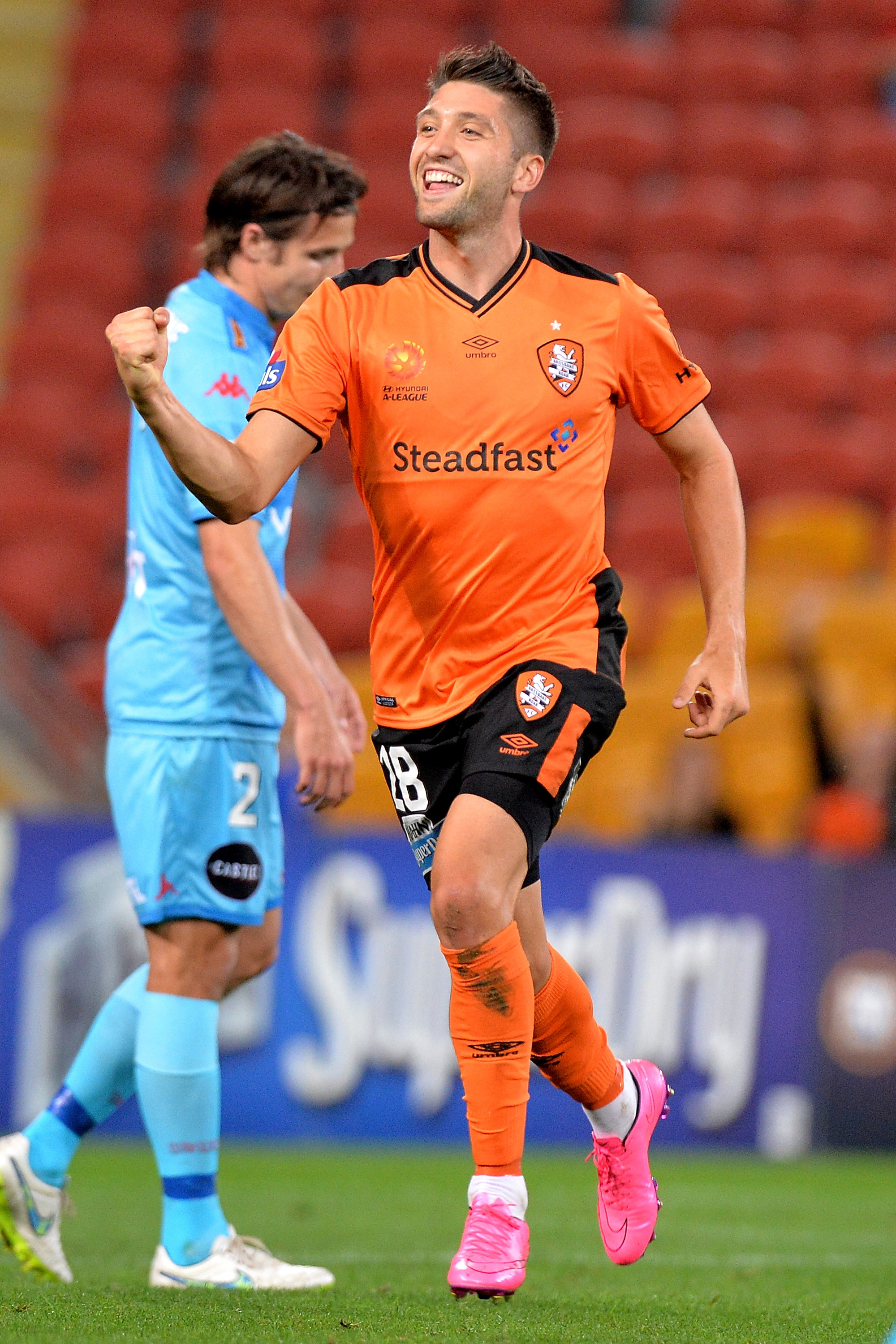 Borrello, a former Young Socceroo, says getting back in the Olyroos squad is definitely one of his goals this season.

“With the Young Socceroos failing to make the World Cup, I was a bit disappointed. If I can get among this Olyroos squad that would be great for me,” Borrello said.

“It’s good with Jamie . . . it’s great we have got that understanding. It’s definitely showing that we can score goals together. “

But the youngster is also determined not to get ahead of himself and says his focus right now is on the Roar’s next game – away to competition leaders Sydney FC on Friday night (6.40pm kick off).

“It’s going to be a tough one, going to Sydney is never easy,” he said.

“But we are a team that fears no one, so it will be an interesting test for us.”

With fellow strikers Henrique and Jean Carlos Solorzano on their way back from injury, Borrello knows the competition for places in John Aloisi’s Starting XI is about to get more intense.

He says the key for him is consistency and maintaining improvement.

“It’s good for me to get my confidence up so early in the season. It’s a credit to the team – we have worked so hard,” Borrello said.

“We’ve got a lot of players up front who can score goals, so it’s definitely tight.

“It doesn’t matter who plays where, all the players know their positions and the runs we make. It’s working well.”