Brisbane Roar’s youth system and strong club culture has been showcased by the transfer of 21-year-old striker Brandon Borrello to FC Kaiserslautern.

After scoring a stunning goal to help defeat Carlos Tevez’s Shanghai Shenhua in China this year, Borrello was seen undertaking his duties as a younger player in the squad by pushing trolleys laden with team equipment to the team bus.

His goal – which helped Roar qualify for the ACL group stage – was the talk of the town. 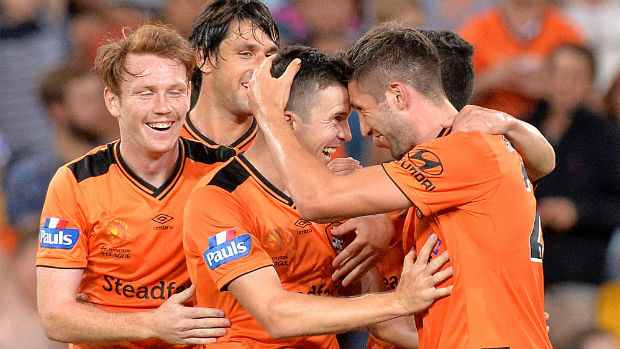 But there was no way John Aloisi was going to let it go to Borrello’s head.

Keeping young players grounded is key and that’s a vital part of the Roar club culture.

Furthermore, Borrello’s move, made official this weekend, shows players in the Roar youth team that there is a chance of senior football.

And if you’re good enough and want it enough, a regular spot is there for the taking.

From scoring on his Roar youth debut some six years ago (in a team that included Nick Fitzgerald, James Donachie and Jason Geria), Borrello has learnt from the best at the club and taken his chances. 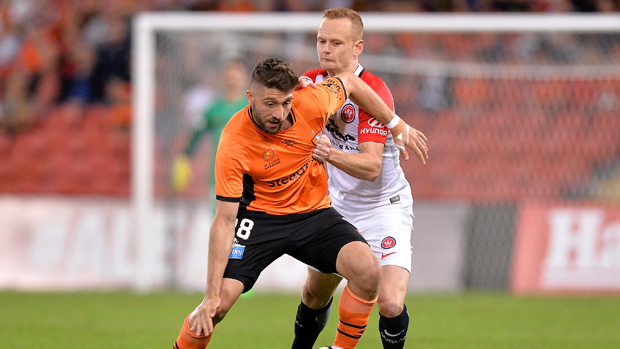 While Roar’s Golden Boot Jamie Maclaren rightly attracted much of the attention over the last two seasons – prompting his move to Germany this off-season – Borrello has quietly gone about his business as a wide striker in his 50 appearances with the senior Brisbane side.

And Borrello took his opportunity with four goals last season.

He was also a January nomination in the NAB Young Footballer of the Year.

And, just as importantly, he took his chance in the Asian champions league – another fabulous showcase opportunity for our younger players.

Borrello smashed four against Global FC in an ACL qualifier, but it was in China shortly after where he really caught the eye of those outside of Australia.

Who could forget his stunning goal in Shanghai to help Roar qualify for the ACL group stage? 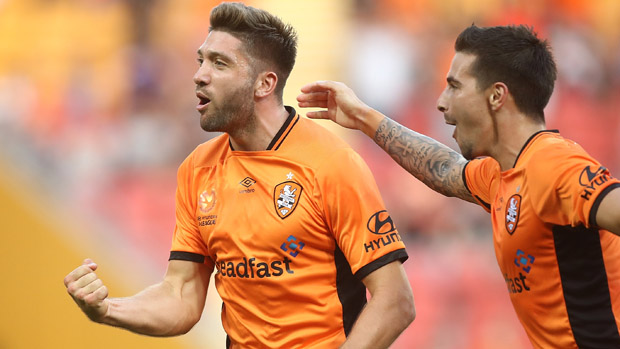 On a night when all the talk and focus was on Carlos Tevez, the Roar striker pulled out a piece of magic in just the second minute to stun the home side and lay the platform for a famous 2-0 win in the ACL qualifier.

The trolley episode is one perfect example of a good club culture.

No doubt having German great Thomas Broich, Matt McKay, Jade North and Besart Berisha at Roar in recent years would’ve inspired the SA-born striker, while giving him the best possible example to follow.

Similarly, Borrello is a great example for someone like teenage Roar striker Nick – who’s likely to benefit from the vacuum in attacking stocks at Roar next season. 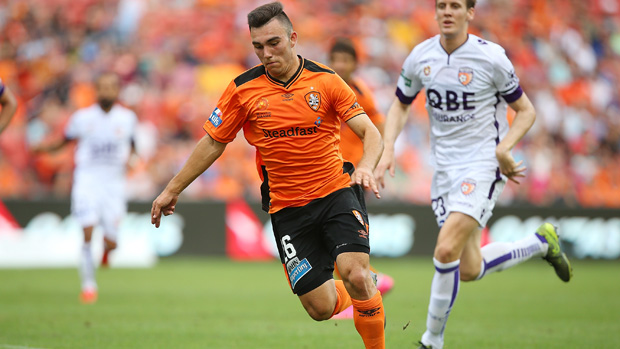 D’Agostino, like Borrello has, will see the possibilities after coming through the youth team to become a fringe striker at Suncorp last season as the club went on an incredibly busy run of games in Australia and across Asia.

Likewise former Joeys skipper Joe Caletti, who’s impressed just about everyone and looks every bit a future Matt McKay in the club’s midfield.

It’s a compliment to Roar that a player like Borrello, who came through their youth team via the QAS, learned off some of the best strikers in the league at the club, has now been picked up by the 2. Bundesliga club FC Kaiserslautern.

A strong season in Germany for Borrello will be ideal timing too, ahead of next year’s FIFA World Cup.

Let’s see if Borrello can take his next opportunity in football.

Whatever happens, he can be thankful he came through a club like Brisbane Roar.