With his maiden Brisbane Roar goal now on the board, expect defender Daniel Bowles to push forward again in any set-piece attacks against Central Coast Mariners at Suncorp Stadium on Sunday.

It was Bowles’ first Hyundai A-League goal since he netted for Adelaide United in season 2012/13. He had scored two goals for Gold Coast United in the season prior.

Bowles said he was delighted to score his first goal in orange and the successful play had been the result of plenty of hard work on the training pitch.

“We are lucky enough to have Corona who can deliver a really dangerous ball. If I get myself into those position and the ball comes in, I’ve just got to finish it off,” he said.

“Championships are won on set pieces, Brisbane Roar knows that. We take them very seriously. Not only set pieces for, but also against,” Aloisi said.

“We could have done a little bit better against Western Sydney, especially the second phase of the set piece. There is a lot of work still to be done.

“But if you’ve got good delivery and the timing is done well, it is hard to mark players and hopefully we can score a few goals from that.” 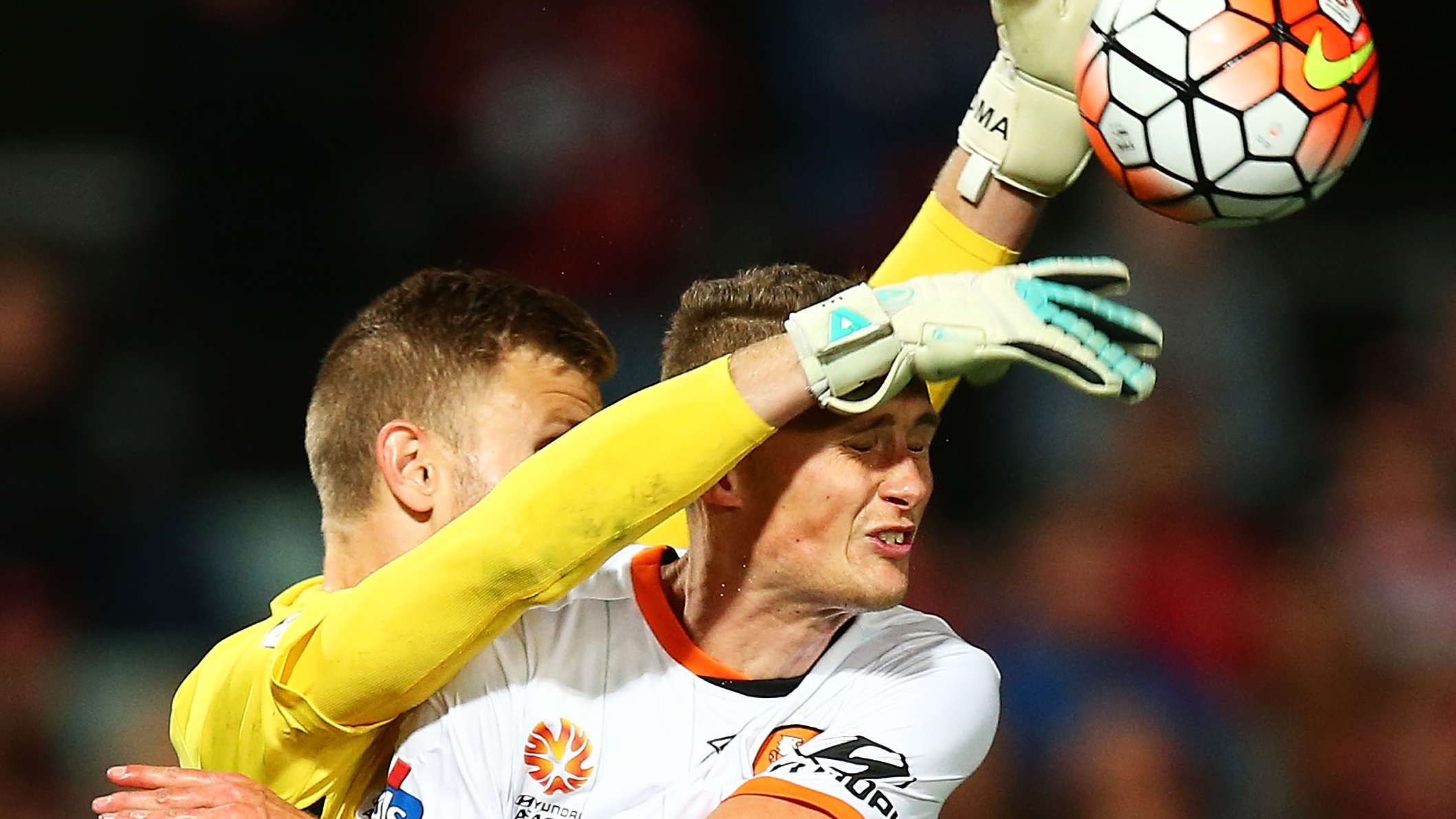 Aloisi said Bowles (above, in action against the Wanderers) was being rewarded for hard work in the pre-season.

“He has had to fill in as central defender and he’s got a lot of upside to him – he’s still only young (23), he’s a great passer of the ball and very confident on the ball.

“The way we want to play it is important that we’ve got central defenders who can play out.”

Bowles says he’s not going to let one goal and one game go to his head.

“We have a lot of competition for spots and I have an opportunity to cement myself as one of the starting centre backs and I am looking to do that,” he said.

“My goal is to turn up every week and give everything I’ve got to the team and I will take whatever comes from that.” 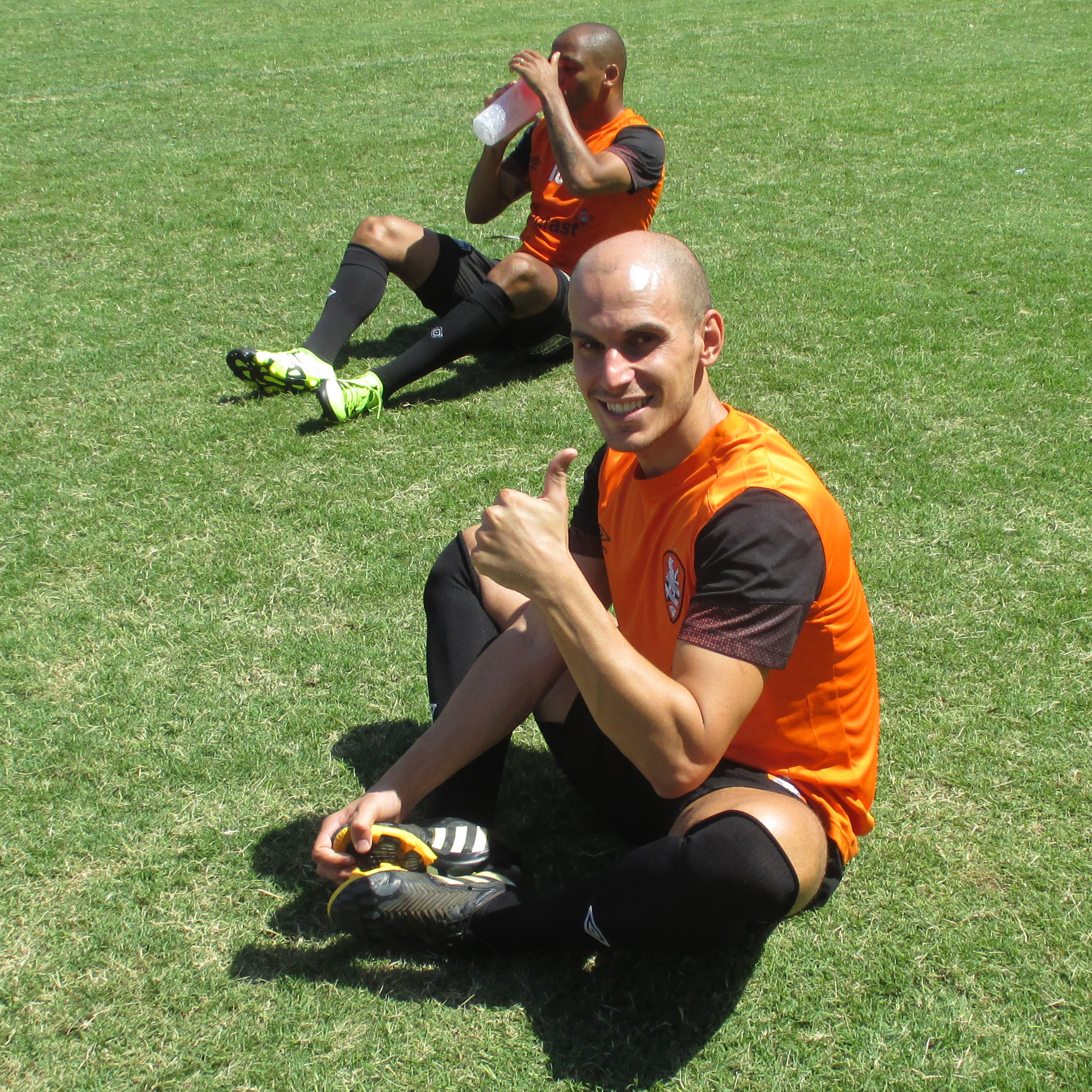 In other news, the club has signed Spanish midfielder Javier Hervas (above) on a one-year contract. He will wear jersey No.18.

It is expected to be another three to four weeks before the 26-year-old former Seville, Cordoba, Hercules and Sabadell player is fit enough to be considered for selection.

Sunday’s program is a double header involving the Hyundai A-League match at 4pm preceded by the Westfield W-League game between Brisbane Roar and Canberra United at 1pm.