Brattan gets Socceroos call up

Midfielder Luke Brattan has been added to Ange Postecoglou’s Socceroos squad for next week’s 2018 FIFA World Cup qualifiers against Bangladesh in Perth.

He has been called up as an injury replacement for Socceroos captain Mile Jedinak, who has a hamstring strain..

Brattan joins Roar captain Matt McKay in the Australian squad and becomes the third Brisbane player to be selected this year by Postecoglou following defender Luke DeVere’s Socceroos debut against Germany in March.

“It is a real honour and a massive privilege to play for your country,” Brattan said.

“It has always been one of my goals and I can’t wait to work with Ange again and get into it.”

Brattan’s inclusion is one of three changes to the Socceroos squad which after the Perth match will then travel to play an away qualifier against Tajikistan.

Tomi Juric and Robbie Kruse, who are both recovering from recent injuries, also have been ruled out of the matches. The other replacements called up today are Italian-based attacker Chris Ikonomidis and striker Ben Halloran, a former Roar player now based in Germany.

“Mile picked up a hamstring injury that will keep him out for a short period of time so he won’t be making the trip for the games against Bangladesh and Tajikistan,” Postecoglou said.

Tomi (Juric) and Robbie (Kruse) have had recent injuries and after speaking to our medical staff we believe they are better served staying with their clubs to regain match fitness and not undertake the travel so they are available for matches in the next window.

“It gives Chris, Ben and Luke a great opportunity to come into the group and impress.”

Brattan, 25, had the highest number of completed passes per game (55.3) of any player in last season’s Hyundai A-League.

He was named by Postecoglou in a 46-man preliminary squad in December 2014 ahead of the AFC Asian Cup but didn’t make the final Australian squad which went on to win the tournament.

After that he vowed to work even harder to get back on the national coach’s radar. 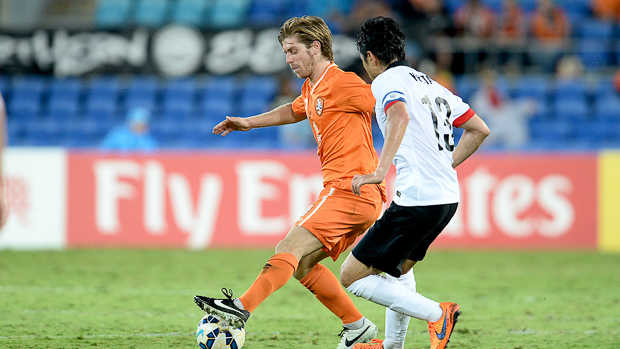 “Every player that plays in the A-League wants to play for the Socceroos. Hopefully I can play for them one day and I am working very hard to achieve that,” Brattan said at the time.

His Socceroos selection today not only rewards that extra work but caps a pivotal few months for Brattan, who has played 91 games for the Roar and scored four goals since his debut in 2009/10.

Brattan was recently named last season’s Roar Members’ Player of the Year and in June was singled out for praise by Liverpool FC manager Brendan Rodgers after the Roar’s international club friendly, which the Reds won 2-1.

“The controlling player, 18 (Brattan) sat in and controlled the game and gave us a wee bit of a problem in the first half in terms of when to press them and when not,” Rodgers said in his post-match press conference. 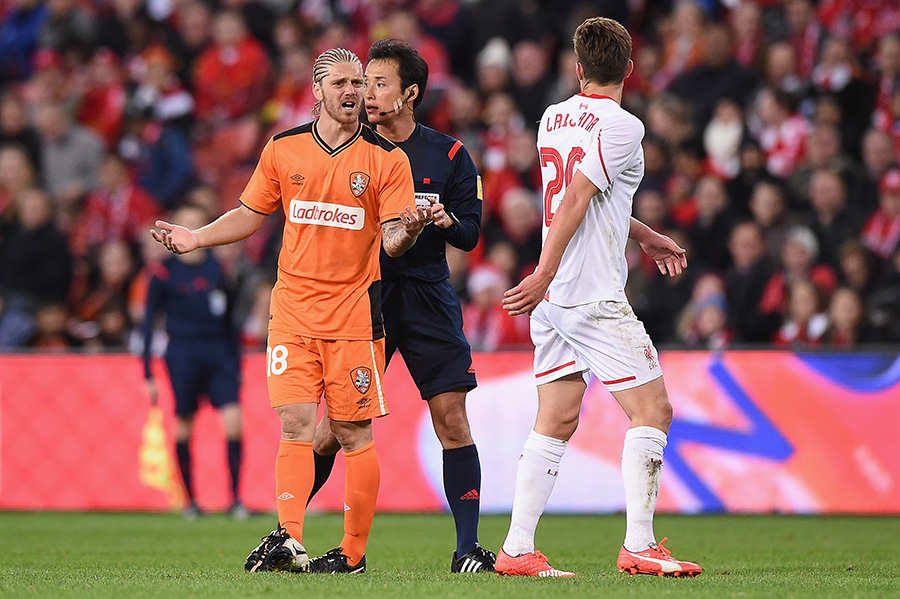 In recent days, Brattan has also been linked to a possible move overseas. He says any decision on his future will be based on furthering his footballing career.

“I wouldn’t play for any other A-League club. That is a step sideways,” Brattan said.

“I am looking to take my career to the next level and look at playing at the highest level possible.

“I have had interest from overseas, so if I decide to push that I will but going to another A-League club at this stage of my career is not a progression for me.”

FOOTNOTE: Brattan has since announced he will leave the club to pursue an opportunity overseas.