The Mackay regional football grounds attracted teams from across the state, who were eager to battle it out against their neighbouring clubs.

The Roar duo sat underneath a bright orange marquee bearing the team emblem as young fans, hurriedly presented their items to be autographed.

Boots, balls, backpacks and the occasional forehead were some of the items signed.

Kristensen said the opportunity to come and see the plethora of young talent was a much-needed break from the gruelling work regime the pre-season had in store for them.

“It’s always nice and good for us to get a little bit away from Brisbane,” he said.

“I know we’re training hard, but it’s good to get out of the normal rhythm and it was nice to get out and see the local community and the kids. 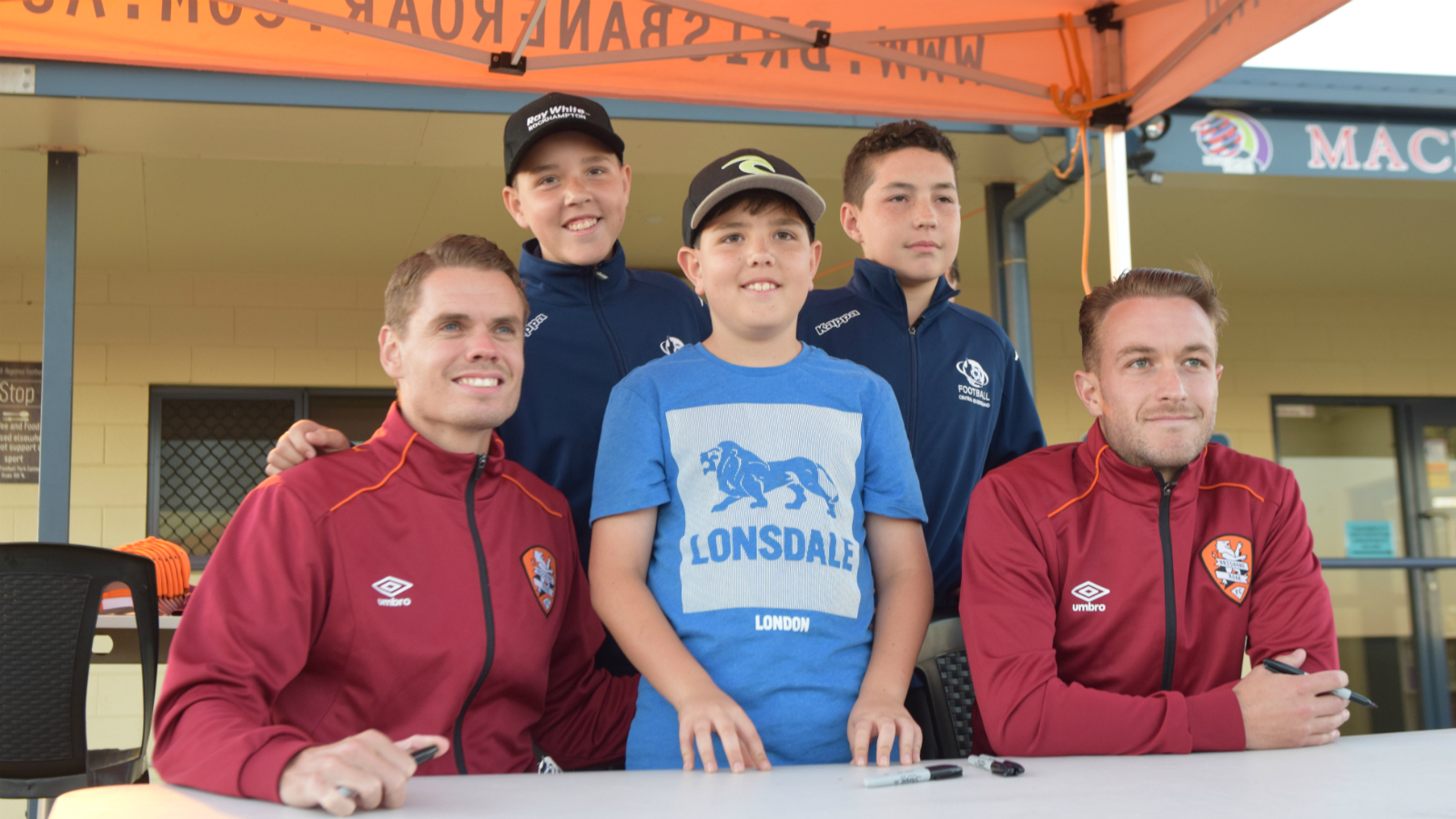 “It’s important because that’s the future.”

The FQ Community Cup is an opportunity for Queensland representative sides, NPL QLD junior teams and Skills Acquisition Program teams to test their mettle against one another and the Roar players agreed that opportunities like this help forge the fiercest of competitors.

General Manager of Football Queensland Brendon Boss was thoroughly impressed by how Mackay hosted the event.

“You just have to look around, Mackay have done a splendid job,” he said.

After having a look at the junior players, the Roar duo said that any one of the kids could be future Hyundai A-League players, but a lot of hard work will be needed.

“Everyone has a chance, it’s still early days,” Taggart said.

Kristensen added that modern football was around 10 percent talent and 90 percent hard work. 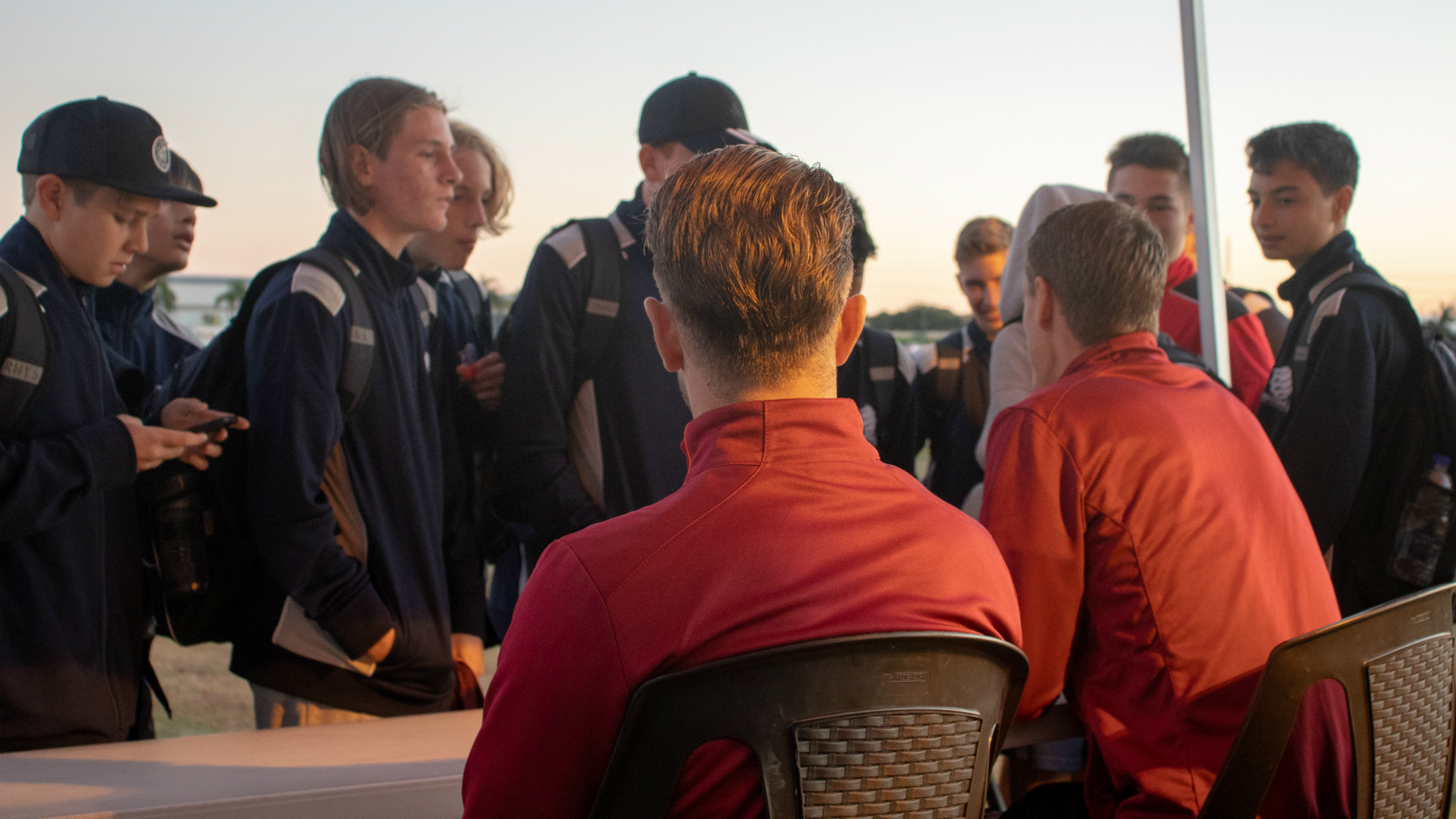 The bright-eyed youth of the Queensland football community had Kristensen reflecting on his time as a junior player.

“You always see certain similarities, like you remember that at that age it was all about hanging out and having fun with your friends.”

“Now at [Hyundai] A-League level, you still have fun, but there is a lot of pressure with it.”

“With all these different towns you’re getting the best talent from all over the place, so this is only going to be beneficial to all the kids,” Taggart added.

“I’m sure it makes things more enjoyable. There’s always a sort of rivalry, even as a kid, you want to beat the town over.”

Magpies Crusaders United were one of the junior forces who competed in the carnival and Technical Director Tass Kalogirou said the appearance of the Roar was a huge inspiration to the team.

“It’s a really good thing, it gives them sometime to aspire to,” he said.

“They appreciate being given an opportunity that they might not have gotten.”