After completing his medical today, the versatile and hard-working midfielder will link up with the rest of the Roar squad for the start of pre-season training on Monday 11th July.

“I’m always looking to improve as a footballer,” said Pepper.

“I believe working with Head Coach John Aloisi and the very talented Roar squad will definitely take my game to the next level.”

Football Director Craig Moore said Pepper’s hard-working attitude and ability to play across midfield or in defence makes him an excellent addition to the Roar squad.

“Jacob is an experienced [Hyundai] A-League footballer who we believe will definitely improve our team”, Moore said.

“It is great to be able to bring in a new signing for the start of our pre-season.

“His work ethic and eagerness to improve is something that really excites us.”

The addition of Pepper (below) to Brisbane’s middle third alongside seasoned players Thomas Broich, Corona and captain Matt McKay will see the Roar boast one of the most experienced midfields in the Hyundai A-League. 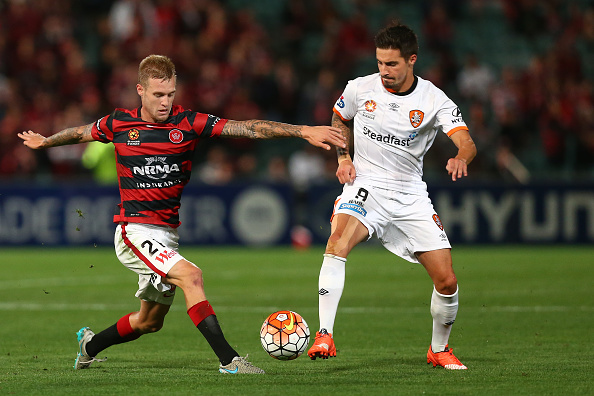 The 24-year-old is looking forward to joining the Brisbane Roar playing group and contributing to the side throughout the 2016/17 Hyundai A-League season.

“The Roar have had a great deal of success over previous seasons and I’m hungry to help the club have even more success.”

Born in Newcastle, the former Australian Under-23 representative made his Hyundai A-League debut  in 2010. Throughout the past six seasons Pepper has played 85 games, scoring two goals.

The Hyundai A-League squad will commence pre-season training on Monday 11th July and will be looking to hit the ground running as they prepare for their Westfield FFA Cup Round of 32 tie against Perth Glory at Ballymore Stadium on Wednesday 10th August.