Brisbane Roar Football Club has announced their #RoarUltimateXI, the team of the decade for the first 10 seasons of the Hyundai A-League, at tonight’s 2014/15 awards evening at Sirromet Winery.

Roar members and fans have had their say in voting for the #RoarUltimateXI over the past month with the club rewarding the loyalty of members with a double vote. The starting XI was chosen in a 4-3-3 formation, with over 60 players eligible under the selection criteria of at least 20 competitive appearances for the club at the time voting commenced in April. 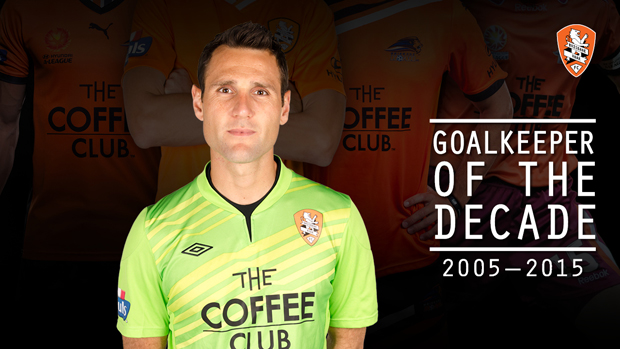 It’s no surprise to see Michael Theo, the Hyundai A-League’s most decorated player, named in the #RoarUltimateXI. Theo has won a record five Hyundai A-League Championships, four Premiers’ Plates and three Goalkeeper of the Year awards.  Theo, perhaps most famous for his two world-class saves against Central Coast Mariners in the 2011 Grand Final penalty shootout, has played 193 matches in the Hyundai A-League – 71 for Melbourne Victory and 122 for Brisbane Roar. 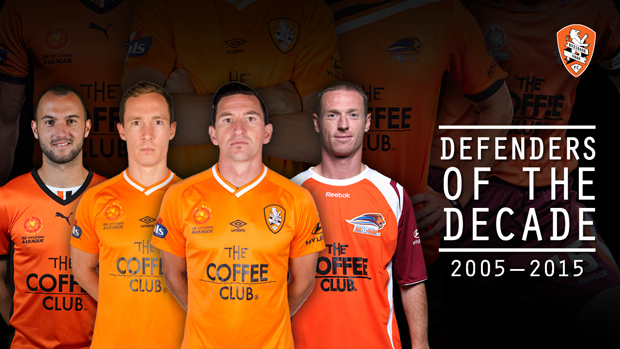 Members and fans rewarded the loyalty and dedication of two former club captains with Craig Moore and Matt Smith chosen at the heart of the #RoarUltimateXI back four.

Smith, with 123 appearances for Brisbane, rose through the ranks of semi-professional football before making his Hyundai A-League debut at North Queensland Fury at 27 years old. The English-born central defender won three Championships with the Roar, two as skipper, before departing for Bangkok Glass last December. Alongside Thomas Broich, Smith played every minute of the Roar’s Premiership and Championship-double season in 2013/14.

Moore was the club’s first ever marquee player when he signed with the Roar in 2007. The former Socceroo, who represented Australia at the 2006 and 2010 FIFA World Cups, made 63 appearances in the orange jersey. Moore won the prestigious Gary Wilkins medal in 2007/08 and 2008/09, also winning the Players’ Player of the Year award in both seasons.

Veteran defender Shane Stefanutto has been named in the left-back position for the #RoarUltimateXI following five seasons of service to the club, including 111 Hyundai A-League appearances, three Championships and two Premiers’ Plates with Brisbane Roar.

Right-back Ivan Franjic was playing semi-professional football in the Victorian Premier League before given a chance as an injury replacement player in September 2009 by then-Roar coach Frank Farina. The Melbournian went on to play 115 times for Brisbane and was an integral part of the Socceroos squad that won this year’s AFC Asian Cup. Franjic also showed versatility during his time in a Roar jersey, utilised as a right-winger multiple times during the club’s Premiership and Championship-winning season in 2013/14. 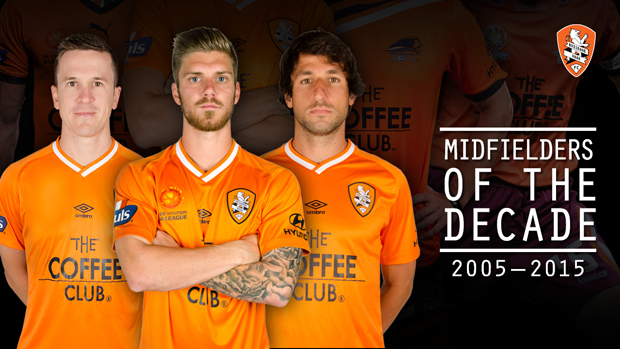 Defensive midfielder Luke Brattan’s loyalty to the club has seen him picked in the midfield trio of the #RoarUltimateXI. Part of the Brisbane Roar set up for over seven years, Brattan was given a chance to excel in January 2013 following the departure of Erik Paartalu. Commonly referred to as the “best passer at the club” during Ange Postecoglou’s reign at Brisbane Roar, Brattan has been one of the most consistent players in the Roar starting eleven over the past two seasons. Brattan has made 91 appearances in orange and scored the famous long-range strike that sealed the 2013/14 Premiers’ Plate with a 1-0 win over Melbourne Victory at Suncorp Stadium.

Club captain and foundation player Matt McKay also lines up in the #RoarUltimateXI midfield. He famously gave the inspirational speech during half-time of extra time during the 2011 Grand Final that sparked the most famous comeback in Hyundai A-League history.  Currently in his second stint as skipper, McKay played overseas with Rangers (Scotland), Busan I’Park (South Korea) and Changchun Yatai (China) before returning to Brisbane as the club’s marquee in August 2013. With 173 Hyundai A-League appearances, McKay has also won two club Players’ Player of the Year, two Members’ Player of the Year and two Gary Wilkins medal and has played over 50 times for the Socceroos, including in this year’s victorious AFC Asian Cup campaign.

Since arriving in Australia in 2010, Thomas Broich has been touted as the best import the Hyundai A-League has ever seen and it’s hard to argue when you see the German in full flight. Two-time winner of the coveted Johnny Warren Medal for the competition’s best player, Broich also has two Gary Wilkins medals to his name. He’s currently the Roar’s international marquee player and is contracted until the end of the 2016/17 season. 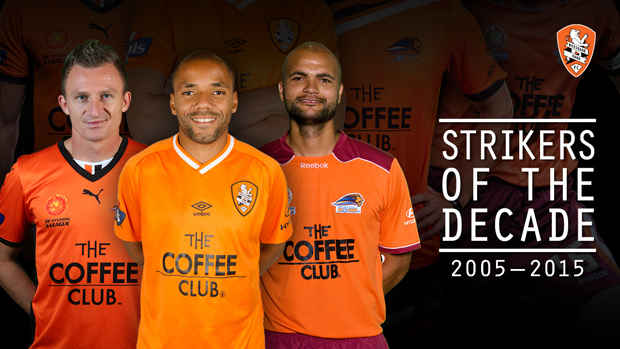 The most prolific striker in club history, Besart Berisha was a goal-scoring machine during his three seasons with Brisbane Roar. Relatively unknown before he was brought to the Queensland club by Ange Postecoglou and Rado Vidosic in 2011, Berisha set the Hyundai A-League alight in his first season in Australia. Passionate and full of energy, the Albanian won the competition’s Golden Boot award (19 regular season goals) and scooped all of the club’s major end-of-season awards – Players’ Player, Members’ Player and Gary Wilkins medal in 2011/12. Berisha made 76 Hyundai A-League appearances for the Roar, scoring 44 goals including two in the 2012 Championship decider and the first goal in the 2014 Grand Final.

There have been few players more popular than Henrique during the club’s 10 year history. The little Brazilian has 112 caps since joining the Roar in 2008, making him the Roar’s longest serving current player. Henrique has a habit of performing on the big stage, netting the decisive penalty in the club’s dramatic 2011 Grand Final win and the winning goal in last year’s 2-1 Grand Final victory over Western Sydney Wanderers.

Sergio van Dijk made 50 appearances for the Roar, scoring 25 goals in the process and was also the first player to score a hat-trick for the club in the Round 20 match against Sydney FC in the 2008/09 season. The Dutch-Indonesian striker then moved on to fellow Hyundai A-League club Adelaide United before moving overseas in 2013 and is now playing for Suphanburi in the Thai Premier League.