Brisbane Roar will take on Perth Glory in the Westfield FFA Cup Round of 32 match at Ballymore Stadium on Wednesday 10 August, kick off 7:30pm.

The clash, to be played on Brisbane’s annual Exhibition Show Holiday at Herston, will be the Roar’s first Westfield FFA Cup fixture in Brisbane following away matches in previous years against opposition from Perth, Adelaide and Sydney.

The match will provide a great opportunity for families and football fans to take advantage of the city’s public holiday and witness the magic of the cup.

Ballymore Stadium has a capacity of 18,000 and a first-class playing surface. The venue has previously hosted the Brisbane Roar for a pre-season fixture against Central Coast Mariners in September 2014.

The fixture between the two Hyundai A-League sides will be a highly anticipated clash. The two sides are yet to meet in the Westfield FFA Cup and have not met in a knock-out game since the 2012 Hyundai A-League Grand Final at Suncorp Stadium, which the Roar won 2-1.

The Roar are one of five representatives from Queensland in this year’s Westfield FFA Cup Round of 32 alongside Brisbane Strikers, FNQ Heat FC, Redlands United FC, Surfers Paradise Apollo.

The match between the Brisbane Roar FC and Perth Glory will be streamed live on foxsports.com.au. 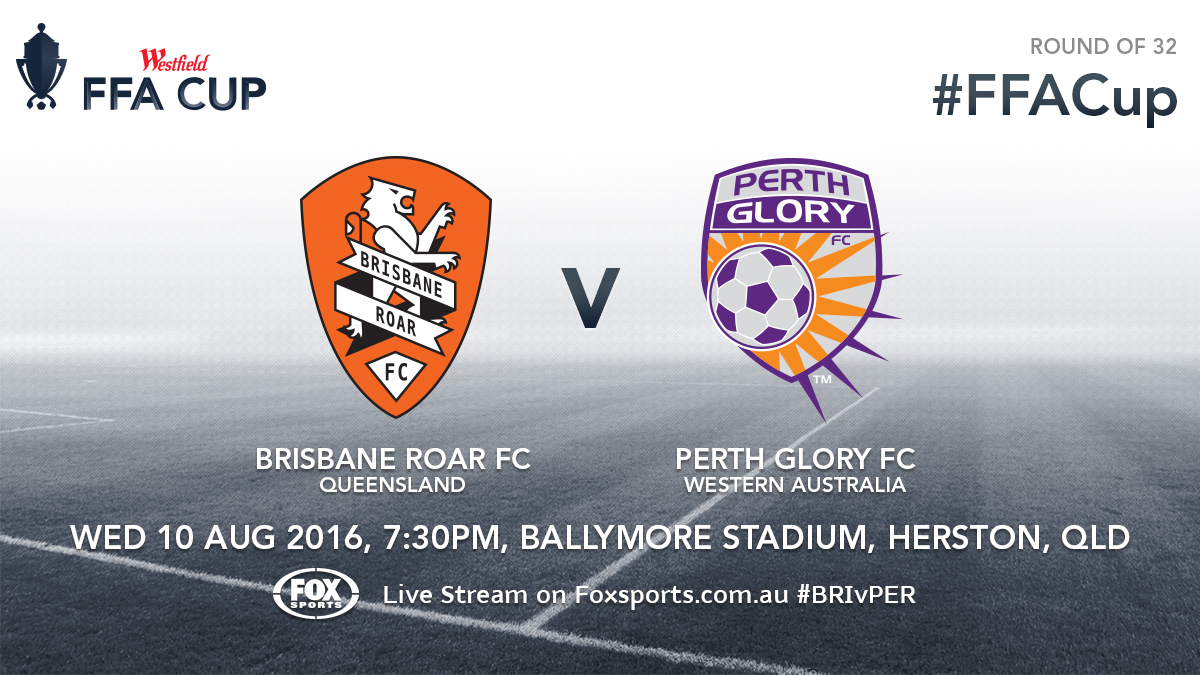