The Roar end 2016 in third position on the Hyundai A-League ladder. Take a look at the breakdown of some of the Roar’s strong contributors so far this season courtesy of Opta.

The Great Wall of Brisbane

Brisbane’s centre defensive pairing have been brilliant throughout the opening rounds and have strongly contributed to Brisbane’s outstanding defensive record. Only Sydney FC have conceded fewer goals than the Roar.

The pair have both passed 500 passes for the season, maintaing an accuracy of over 80% throughout.

Whether it be on the ground of in the air, opposition defences have found it difficult to by pass the pair. They’ve won 21 tackles between them, losing just eight as well as making a whopping 53 interceptions in the process.

Aside from the Round 2 clash, Matt McKay has played every minute of Brisbane’s season to date and has drawn praise from Head Coach John Aloisi for his contribution at the roots of Brisbane’s attacking play.

Along with Dane Thomas Kristensen, the pair are forming a formidable parternship at the base of midfield. The captain leads the side for passing with 624 at 82% accuracy.

Defensively, he’s won the majority of tackles and duels he’s made whilst also racking up 22 clearances – the fifth most in the side.

He’s found the target once from four shots in the opening twelve rounds, here’s to hoping one finds the net soon.

Brisbane’s number one has been in inspired form between the posts. Michael Theo has played all but 90 minutes of the Roar’s season so far conceding just the 12 goals – the second fewest of any goalkeeper in the league.

One of his finest performances came against Western Sydney Wanderers where he amassed an incredible 10 saves. His season tally is up to 28 with a 70% shots/save ratio.

His distribution from the by-line has impressed also, completing 64% of passes in often high-pressure situations with the Roar’s intent to play out and maintain possession.

Should his form in between the sticks continue. the Roar’s defensive record will go a long way to ensuring the side is playing at the pointy end of the season.

Eight players have etched their name onto the scoresheet this season with Jamie Maclaren (six) and Thomas Kristensen (four) the only multiple scorers.

Tommy Oar’s creative best has been on display. His 20 chances created have ended in four assists and 19 shots at goal.

Despite pushing onto the latter part of his 30’s, German maestro Thomas Broich continues to stake his claim as the Hyundai A-League’s greatest ever international. He leads the squad in chances created with 21 chances.

Vice-captain Jade North leads by example at the back accumulating 88 clearances, well clear of next best Luke DeVere on 67. 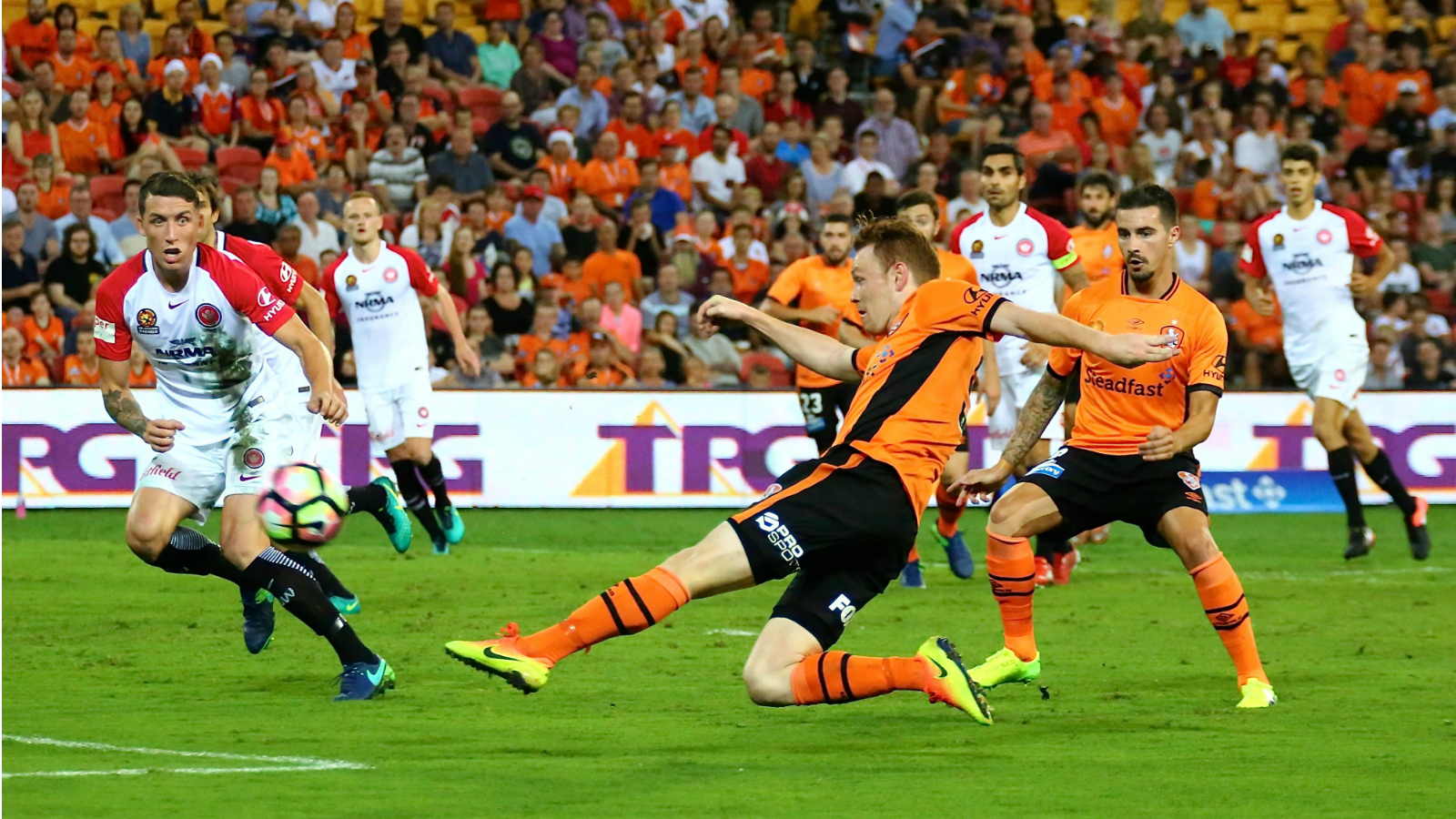 Check out an overview of the Roar’s season so far below!