Broich buzzing ahead of Wanderers in the Semi Final

Broich headed a stoppage-time winner to snatch a dramatic 2-1 victory from the visitors, who led 1-0 fewer than 10 minutes earlier.

ANALYSIS: Broich delivered when it mattered most for Roar 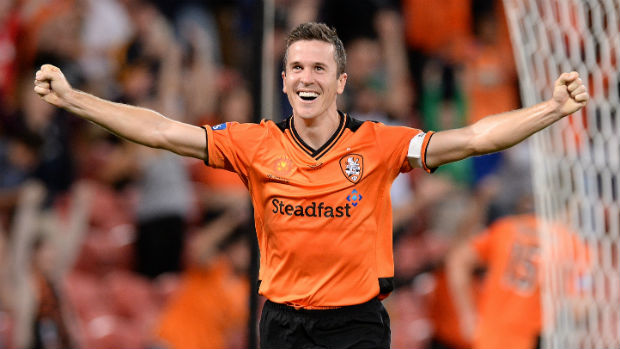 “We all know what the Victory can do, they are still a great team, but I reckon the spirit of our team was awesome,” Broich told Fox Sports after the match.

“The reaction from the kick-off, again we scored and went on to win it.

“We didn’t wait for extra-time or anything, we wanted it so badly so that’s great.”

Despite being denied the Premiers’ Plate, Brisbane will ride a wave of momentum into next weekend’s trip to meet Western Sydney Wanderers at Pirtek Stadium.

Broich says his winner only adds to Brisbane’s belief that they can win from any position.

“We know we’re extremely fit and especially after the first-half, which was really disappointing, we knew we had to give our fans something in the second-half and we did.