The former Joeys captain has impressed in three Hyundai A-League appearances in the centre of the park for the Roar after making his club debut in the AFC Champions League tie against Global FC in late January.

A key member and leader in Roar’s Foxtel National Youth League 2016/17 side, the diminutive midfielders patience is starting to pay off.

Caletti is one of a number of young players who have been given chances in their Roar squad in the past month but the 18-year-old won’t rest on his laurels.

“As a young player you have to make sure you’re ready for any opportunity that comes your way and I think a few of us young boys have taken our opportunity,” Caletti said.

“I learnt quickly that you have to train to be ready to play and I’m fortunate enough to have the opportunity and I’m looking to keep taking them.”

With the Roar in the midst of an AFC Champions League campaign with Hyundai A-League finals on the horizon, the opportunity to test himself against the best Australia and Asia has to offer excites the former Joeys captain.

“I’ve never been involved in either competition. I’m always excited and ready to go for any fresh opportunity and ACL is a different sort of experience to the [Hyundai] A-League so I’m looking forward to learning lots in both competitions,” he said.

“We went through WCQ [with the Joeys] so I know a bit about the tactics and physicality of players from some of the Asian countries and that definitely helps.” 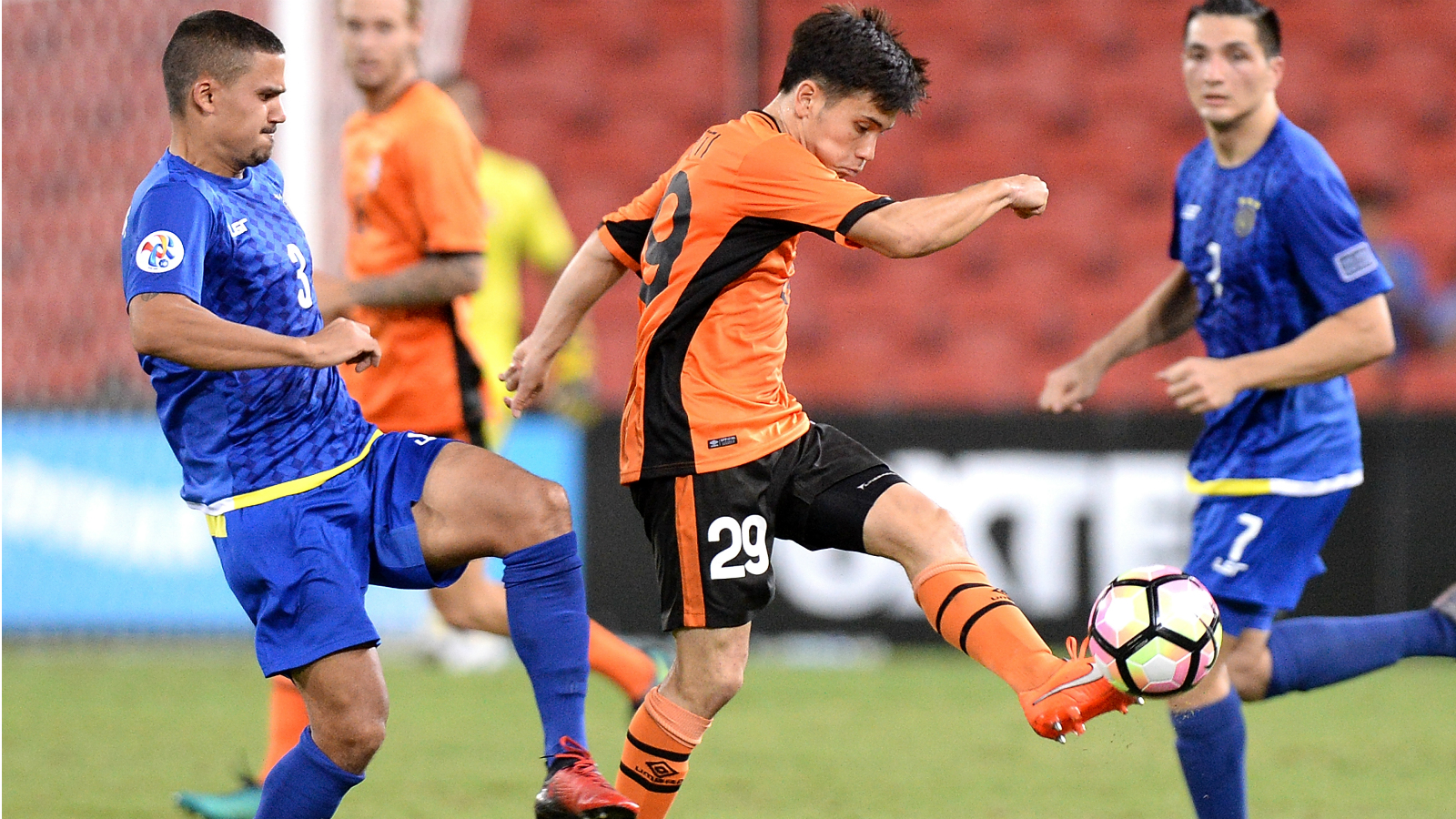 After representing NSW from U12 through to U15, Caletti was picked up the Australian Institute of Sport.

The young midfielder shows incredible maturity for an 18-year-old and he says he was forced to grow up quickly after moving away from home four years ago.

“It’s hard at first but with time you get used it. I keep in contact with my family but I know you have to make sacrifices if you want to make it as a footballer and I’m willing to do that,” he said.

“With football you have lots of ups and downs and my parents are always just a phone call away. I look up to both of them.”

His impressive performances at the base of Brisbane’s midfield have seen early comparisons drawn between him and club legend Massimo Murdocca.

One of the Roar faithful’s favourite sons, Murdocca made 162 Hyundai A-League appearances for the Roar and Caletti believes he has a while to go to be seen alongside an old cult hero at the club.

“If I can keep putting in the hard work we’ll see where I am.”