Today we are sad to announce that Miguel Corona will depart Brisbane Roar Football Club and return to his homeland.

Head Coach John Aloisi paid tribute to our number 7, saying it was a privilege to coach Miguel.

“From day one, the way he conducted himself on and off the field was a credit to himself and his family,” said Aloisi.

“From the very beginning, we knew we had signed a player who would be a true leader at our club.

“Miguel is someone who embraced our club values and we’re fortunate to have known such a great professional.”

Corona bid an emotional farewell to his teammates this morning at training and penned a special message (below) to the Brisbane Roar fans. 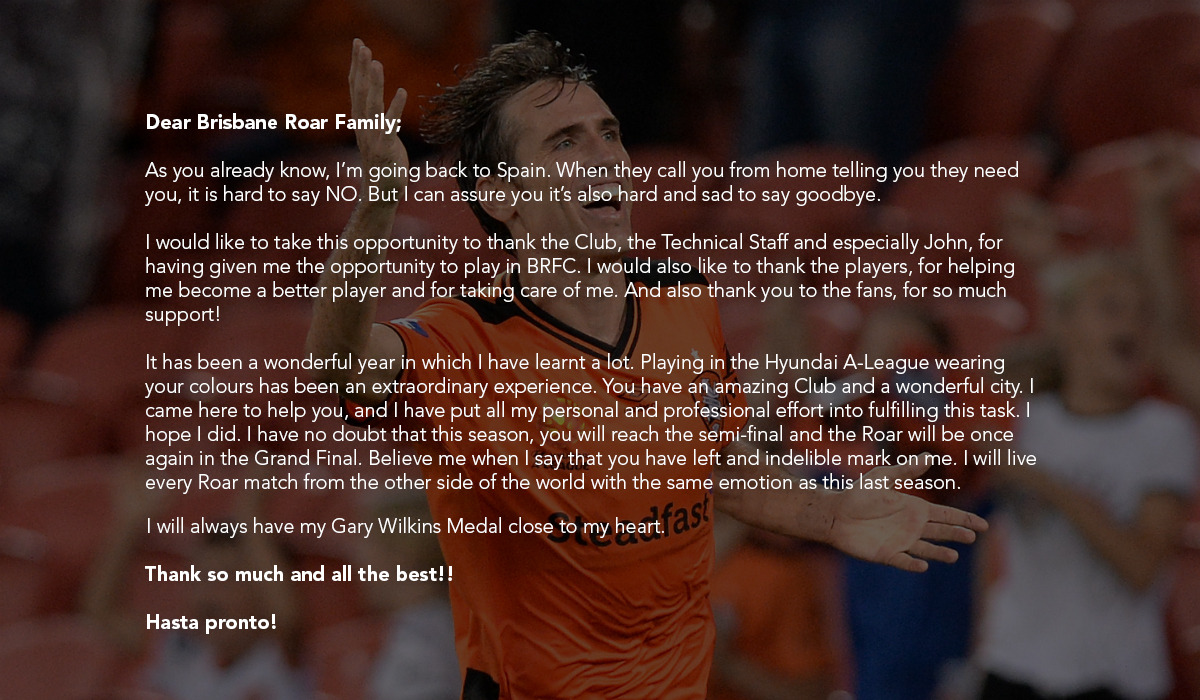 The 2015/16 Gary Wilkins Medallist was involved in every game for the Brisbane Roar during last season’s Hyundai A-League.

In his debut season for the club, Corona completed 1848 passes leading the league in this area, whilst assisting in five goals and scoring two goals himself. He capped off a stellar season for the Roar, being named in the Hyundai A-League team of the year.

Football Director Craig Moore emphasised the decision to grant Corona an early release from his contract was not an easy one for the club.

“Whilst we are sad to see Miguel go, we understand the reasons for him wanting to return home at this stage of his career,” Moore said.

“I have no doubt that Brisbane Roar made an impression on Miguel and he will help people in Spain understand more about our great club.”

From everyone at the Brisbane Roar, we thank Miguel for his contribution to our club and wish him and his family all the best for the future.