The Spaniard received the award at Brisbane’s annual Presentation night at Sirromet Winery on Thursday night.

Corona started every match for the Roar in the 2015-2016 Hyundai A-League season. An integral part of the squad’s engine room, Corona completed 1848 passes, leading the league in this area, while also assisting five goals and scoring two himself.

“Congratulations to Miguel. We knew we had signed a fantastic player but we got so much more. A true leader and someone who has embraced our club values and culture,” Aloisi said. 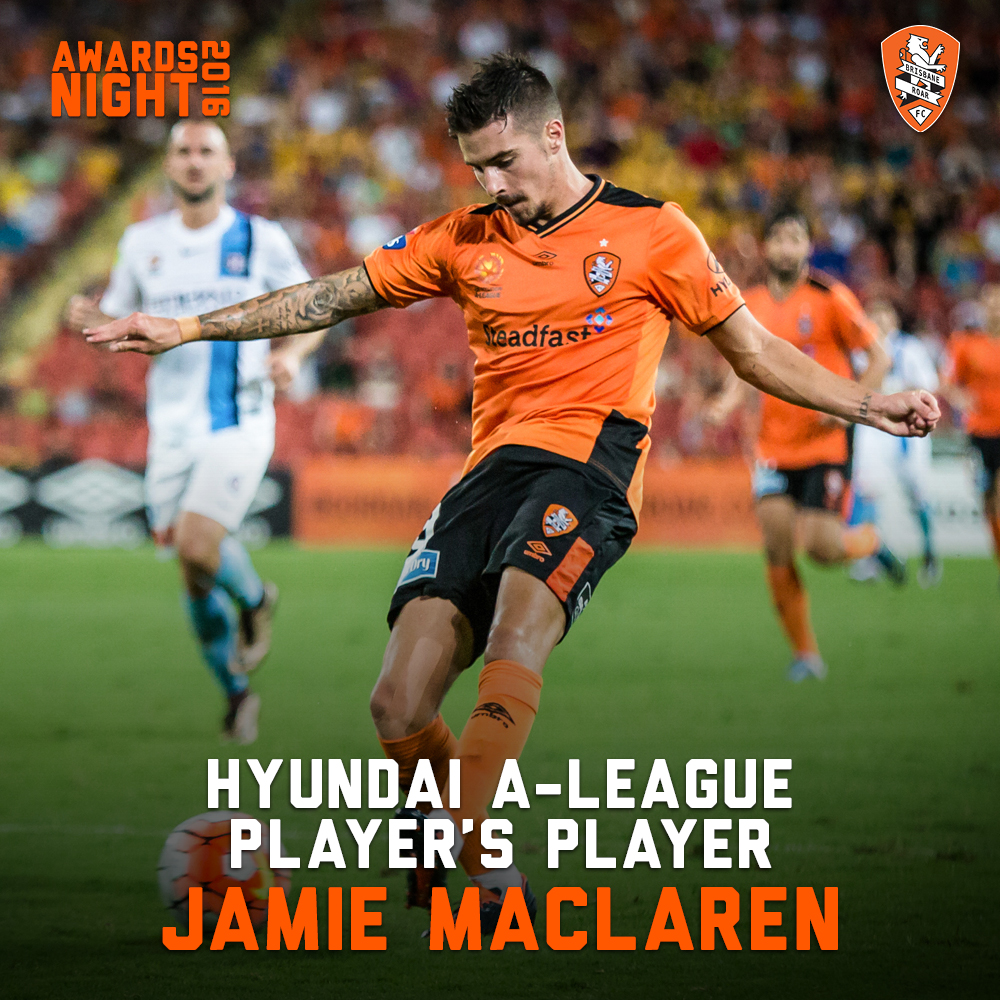 Maclaren scored 20 goals during the 2015-16 Hyundai A-League season including a hat-trick in Brisbane’s 5-0 victory against Melbourne Victory.

Aloisi also praised Maclaren for a remarkable season culminating in a call-up to the national squad.

“Jamie [Maclaren] is someone I had followed over the years and I always knew he had goals in him. This season he has not only thrived at the Roar but has taken his game to a new level,” Aloisi said. 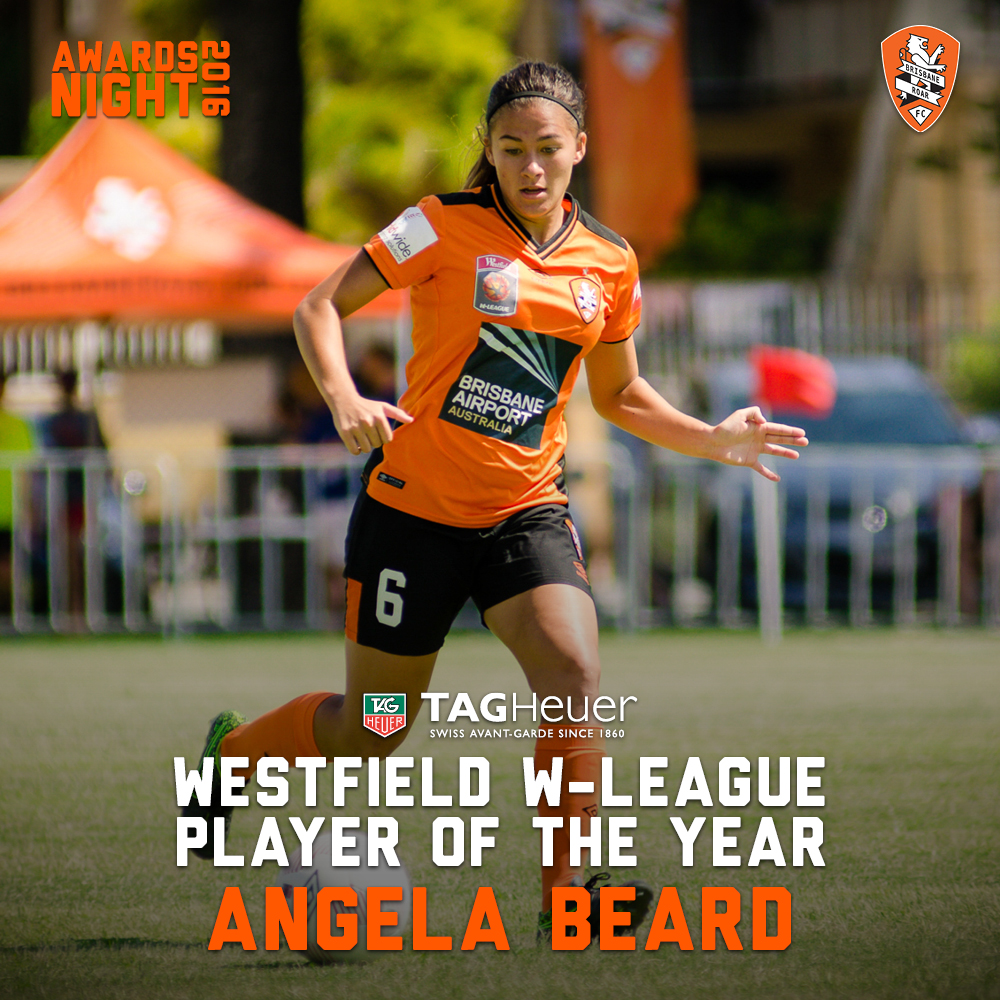 Volunteer of the Year: Eliot Walter