The 2016 Westfield FFA Cup Round of 32 draw has thrown together a mouth-watering tie between the Brisbane Roar FC and Perth Glory FC.

The tie will be the Roar’s first Westfield FFA cup match to be played in Queensland, following trips to Perth, Adelaide and Sydney in the tournament’s brief two-year history. 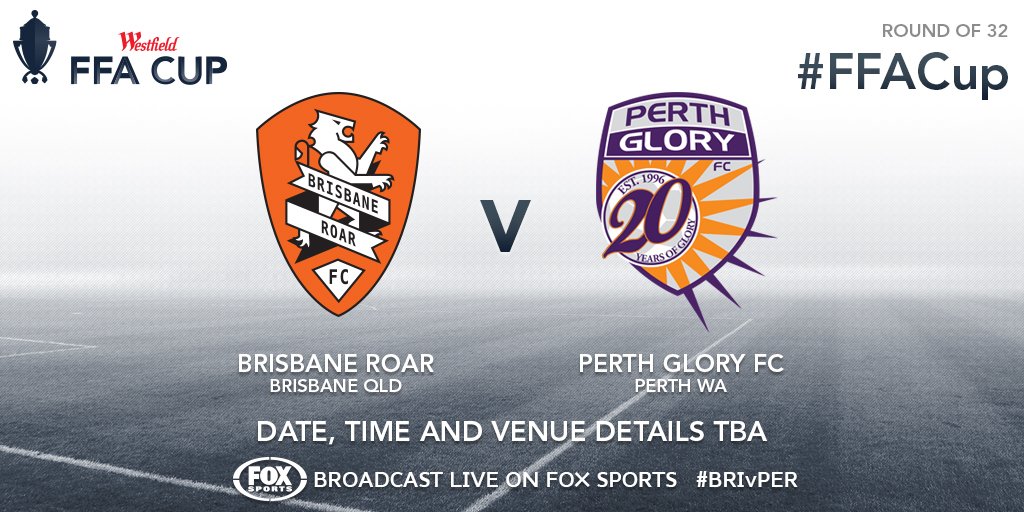 Brisbane and Perth are yet to meet in the Westfield FFA Cup and haven’t played eachother in a knock-out fixture since the 2012 Hyundai A-League Grand Final at Suncorp Stadium which the Roar won 2-1.

The clash will provide a solid hit-out in the lead-up to the 2016/17 Hyundai A-League season, which commences on October 7 against Melbourne Victory at Suncorp Stadium.

The match will be broadcast live on Fox Sports. Match details to follow.