Inside details on the new Brisbane Roar kits

Brisbane Roar is proud to have partnered with leading sports apparel brand New Balance for the development of this season’s A-League and W-League kits.

With the support of Belgravia Sports Apparel, Roar members and fans can visit www.brisbaneroarshop.com.au to check out the merchandise range and pre-order jerseys before they become available on 23 August.

The addition of New Balance to our family marks the beginning of a new era for the Club and, through the release of this season’s kits, we seek to celebrate the history and achievements that have formed part of the developing Brisbane Roar story.

As it enters an exciting new era with New Balance, Brisbane Roar has sought to reflect on its proud past.

The new kit includes a nod to the Club’s origins, which can be traced back to 1957.

A version of the original Hollandia Inala logo can be found inside the neckline along with a history piece which reads:

From humble beginnings, Brisbane Roar was first established in 1957 by a group of Dutch immigrants in Richlands.

Founded as Hollandia Inala, the club became known as Queensland Lions before becoming Brisbane Roar from 2005. 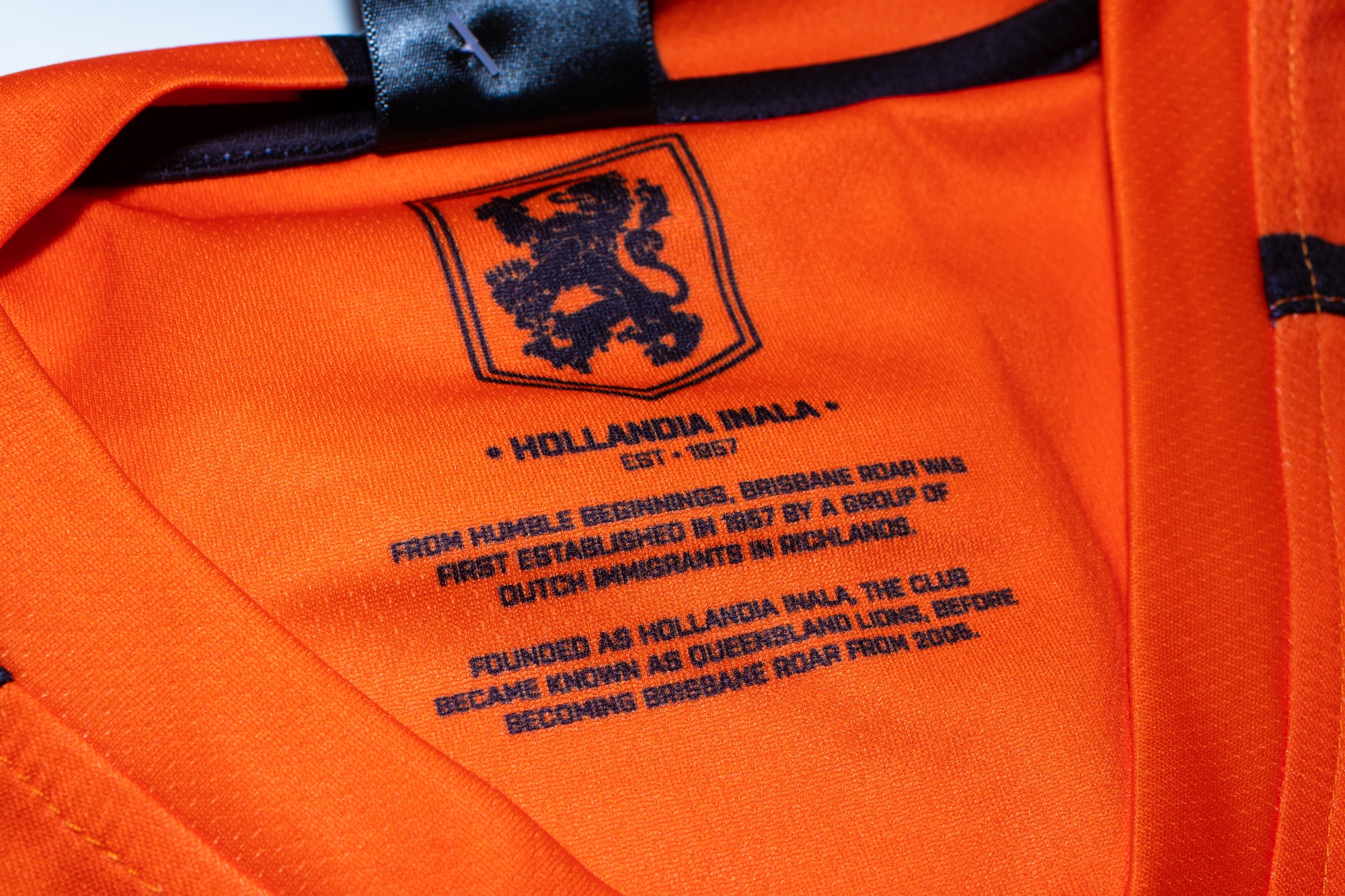 The Dutch royal coat of arms is represented on the original logo by the lion rampant, a common medieval symbol used throughout Europe including in Scotland and England.

Yellow and blue were the original colours of the Dutch royal house before the Netherlands became more closely associated with today’s iconic orange.

In the coat of arms, the lion features a sword in one hand and seven arrows in the other.

The seven arrows represent the original seven provinces of the Netherlands.

For the first time, the Brisbane Roar logo is embroidered onto the A-League away and third kits without the outside crest.

This has been designed to place more emphasis on the Brisbane Roar lion as an emblem of pride, courage and bravery for the entire club and its supporters to rally around.

Through this symbolism, Brisbane Roar takes on the responsibility of representing Queensland as a one-club state under the tagline The Pride of Queensland. 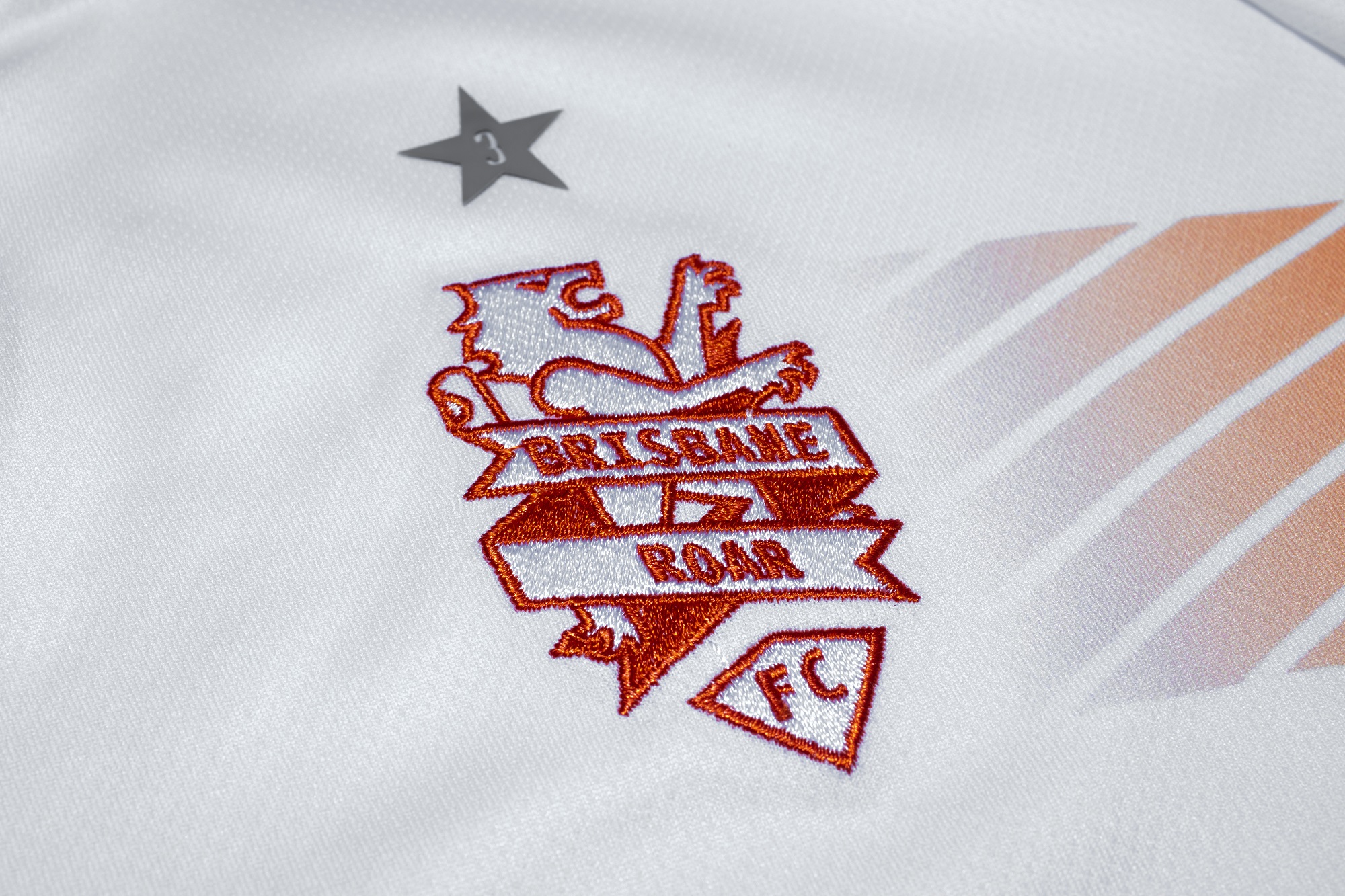 Renowned for innovation and unconventional branding, New Balance’s goal is to aid all athletes – from the professional to the everyday.

Their products blend function with fashion to deliver performance technology and style across all sports, especially football.

Now on board as Brisbane Roar’s Official Apparel Partner, the partnership ensures our players will not only look good while out on the pitch.

It also enables them to benefit from NB Dry, a moisture-wicking fabric that helps to keep athletes cool and dry while competing.

This provides an essential performance boost in the typically warm Australian climate. 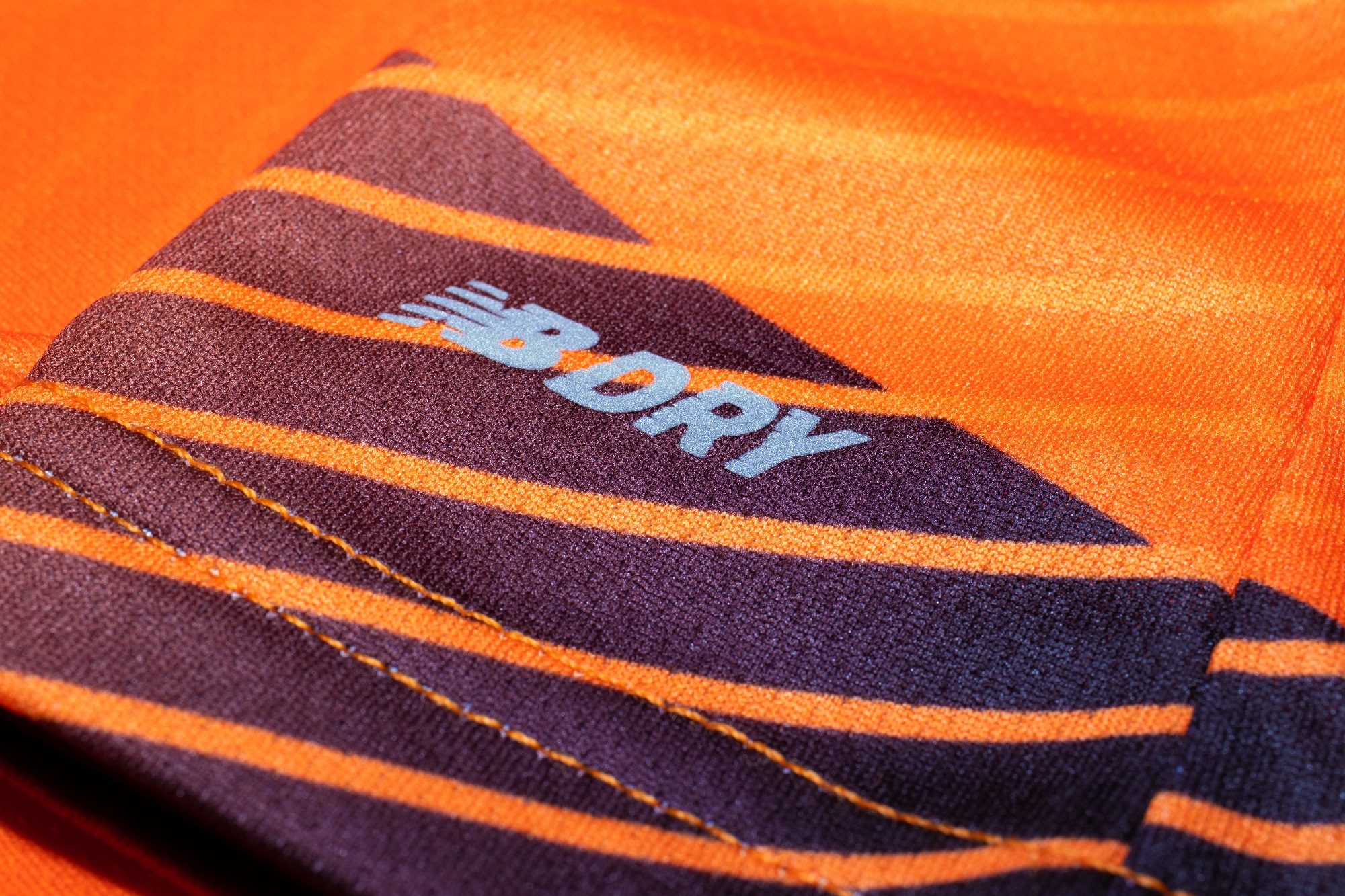 The logo of our Principal Partner ActronAir remains proudly emblazoned across the front of this season’s A-League kits.

As seen below, ActronAir also feature on the sleeve of the W-League team’s orange home and grey away shirts.

BBC Painting, a similarly Australian owned company and a Brisbane Roar Platinum Partner, occupy the back of our A-League kits. 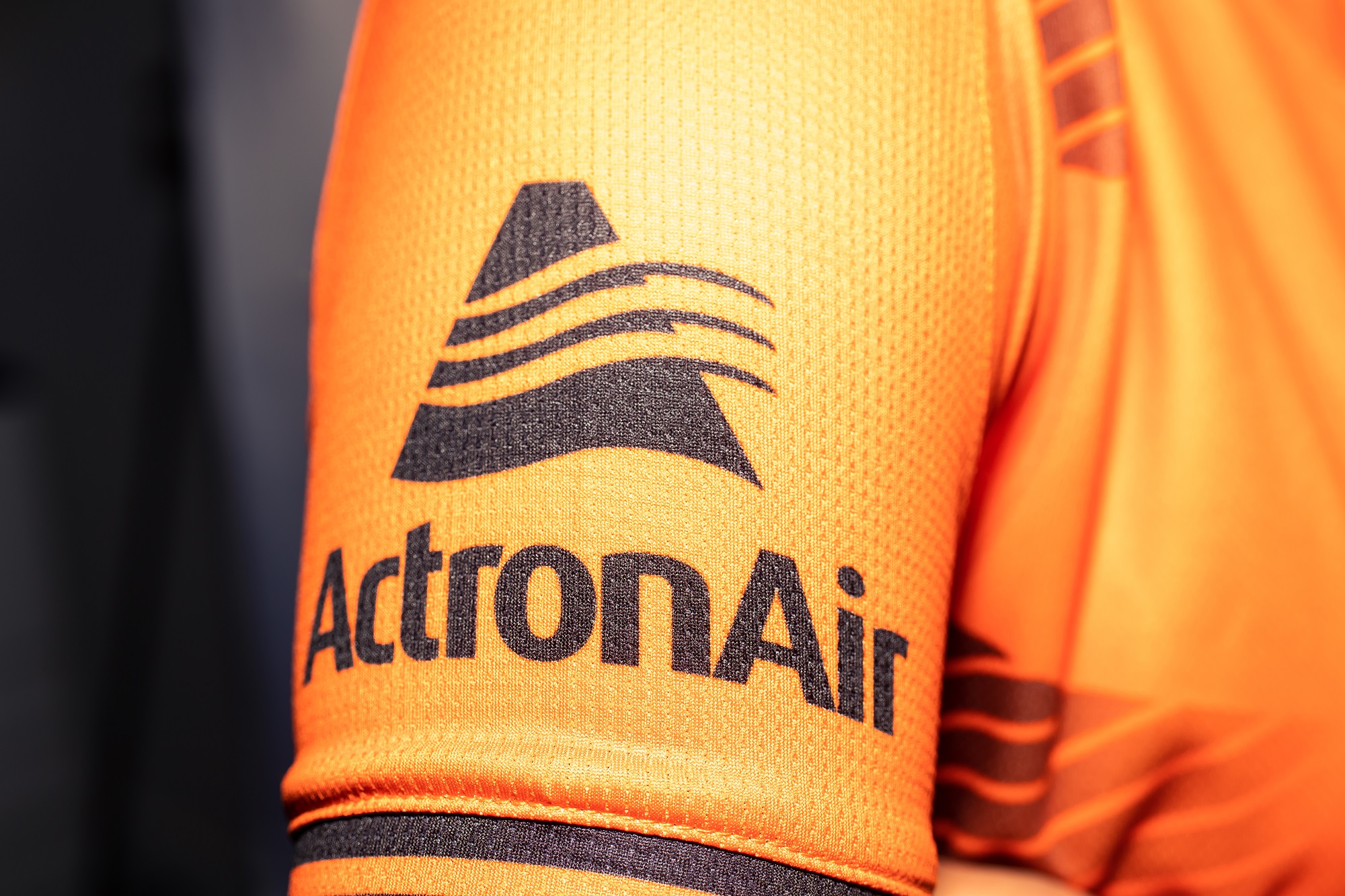 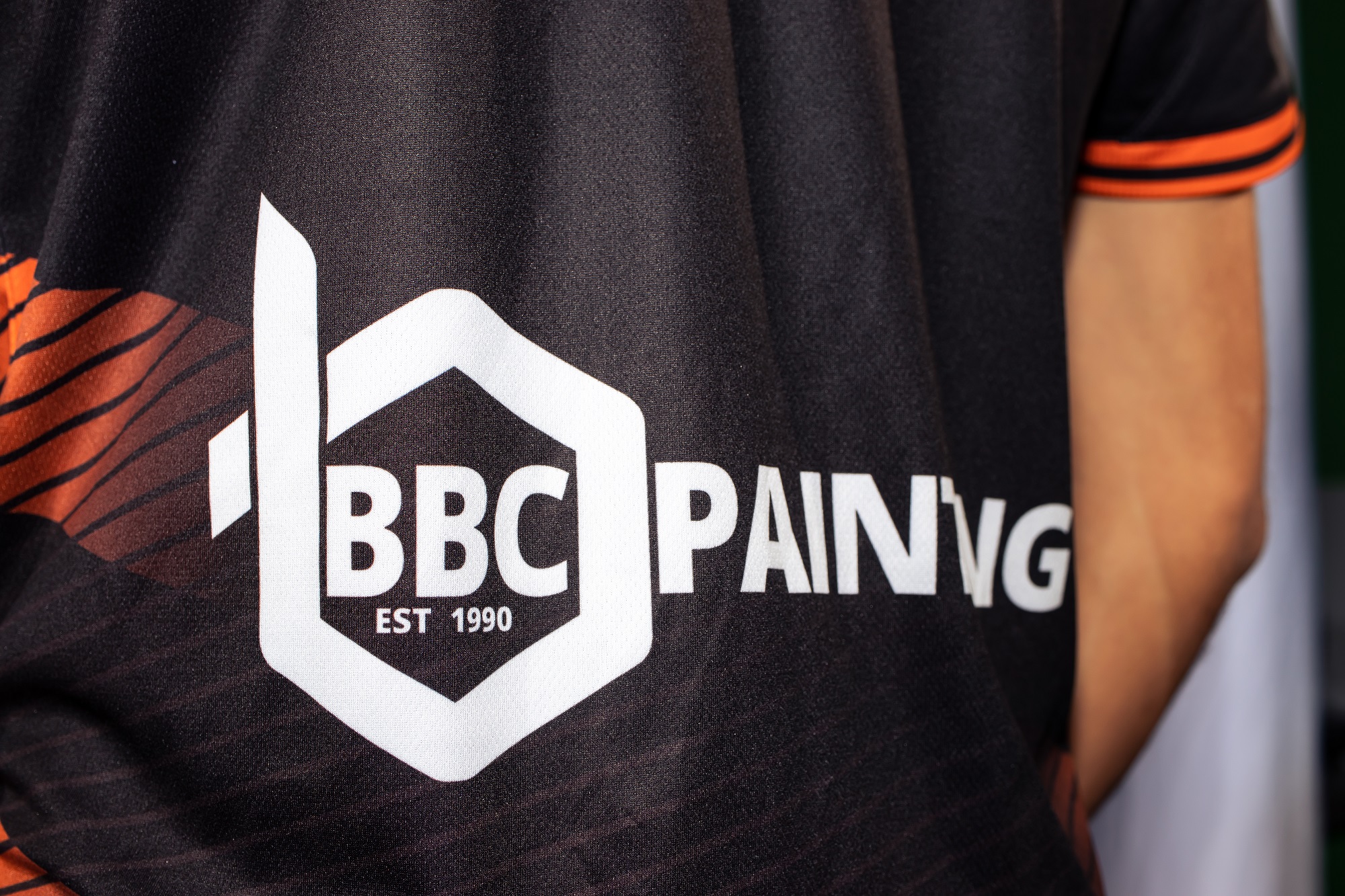