Dimi makes it a NAB trifecta for the Roar

Brisbane Roar Head Coach John Aloisi has praised Dimitri Petratos’ nomination today for the prestigious NAB Young Footballer of the Year award and predicted the club’s No.23 wouldn’t be the last Roar player to win awards this season.

Petratos is the third Roar player nominated for the 2015/16 season award following on from Brandon Borrello (October) and Jamie Maclaren (December).

“I like talented players and we’ve got a lot of them in our squad and Dimi is one of them,” Aloisi said as the Roar prepares to take on Central Coast Mariners in Hyundai A-League Round 18 at Suncorp Stadium tomorrow (4.15pm kick off).

To book your seats NOW and being in the running for prizes as our two millionth home fan, click here

Aloisi said the attacking, entertaining style of football his side plays helps showcase the qualities of players in his squad.

“The players are feeling confident (and) enjoying their football.

“If we can keep on winning, maybe there are a few other players who can win awards.” 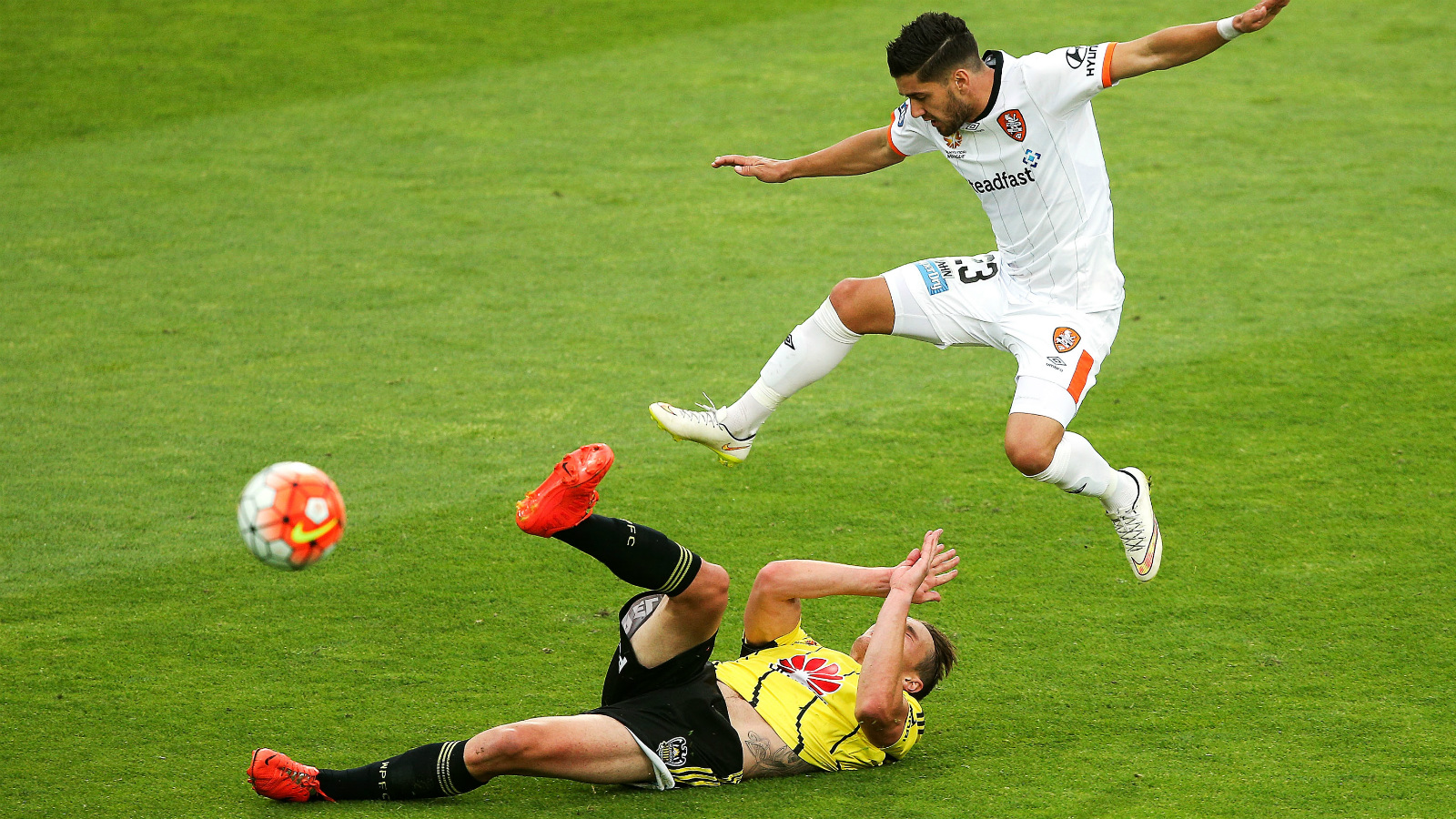 Aloisi said Petratos laid the ground work for his latest accolade more than six months ago.

“It is a credit to Dimi, he worked hard in pre-season and he has been working hard ever since,” Aloisi said.

“We all know that Dimi has a got lot of talent I still think there’s a lot left in Dimi.

“I have known Dimi since he was a kid as he was a Youth team player at Sydney FC when I was there. I expect Dimi to keep on improving as a player.

“He’s can still score a lot of goals, we saw last week he set up quite a few chances and goals and hopefully tomorrow he can score a few as well.”

Petratos, who has 75 appearances for the Roar across all competitions (eight goals) said he was happy and proud to be nominated for the NAB Young Footballer of the Year award for 2015/16, which recognises players who start the season as under-23s.

The nomination is Petratos’ second after he was named the January nominee for the 2013/14 Award.

“I’ve come in to the pre-season working a lot harder than the last few years,” said Petratos, who is enjoying one of his best season yet at the Roar since joining the club nearly three years ago.

“The new coaching staff and everyone here has been pushing me a real lot.

“I’ve been focusing on trying to get into the pockets of the other teams, facing forward and feeding into the front three.

“It’s good that three of us (Maclaren and Borrello, below) have got this award (nominations) now. It shows a lot of depth in this team.” 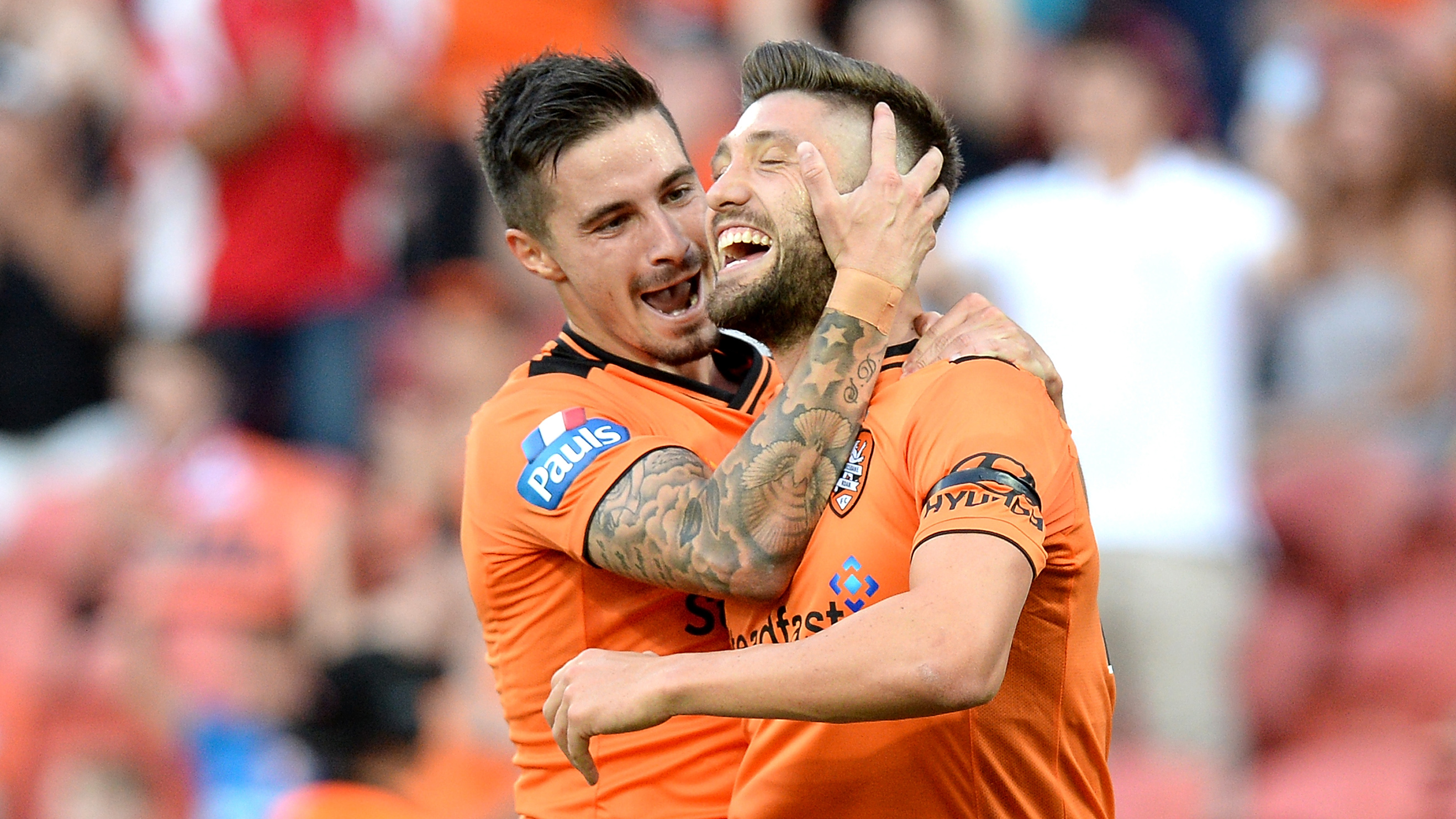 Aloisi has used Petratos in several roles this season but mostly as a No.10.

“it does help that he can play in different roles, it is also because of his physical ability too,” the Roar Boss said.

“He is a fit guy, he’s quick and he’s mobile so that helps that if you have got injuries in certain positions or need to fill a gap somewhere, Dimi can do that.

“You don’t want to shift someone around too much. He has been playing well as a No.10 and hopefully can keep growing in that position.”

The Roar players began training today with a special cheer for Aloisi, who is celebrating his 40th birthday.

Then it was down to hard work as they finalised preparations for the Mariners who now loom as a much moire dangerous side with the inclusion of veteran Spaniard Luis Garcia.

Aloisi expects the gifted Spaniard to start off the bench, as he has done in the last two games.

“Everyone remembers watching him (Garcia) at Liverpool and Spanish national team. He’s a quality player and it’s great to have quality players in our league,” Aloisi said.

“Our players will lift because it is at home in front of home supporters and will want to make sure we don’t have a repeat of what happened two weeks against Adelaide United and we start well.

“We have a good home record so far and we want to keep making sure our home ground is a fortress.”

On his arrival at Brisbane Airport today, Garcia (pictured below, courtesy AAP/Dan Peled) said he was pleasantly surprised by the high standard of the Hyundai A-League and the number of quality players in the competition.

He said he was particularly looking forward to pitting his skills against the Roar’s Corona as Mariners Head Coach Tony Walmsley revealed there was a chance Garcia could start the match. Listen to the interview by clicking on PLAY below.