A disappointing performance from Brisbane Roar Women has seen Canberra United take all three points in the Westfield W-League Round 7 clash at Central Coast Stadium.

Braces from Nickoletta Flannery and Ashley Sykes contributed to the Roar Women’s third loss of the Westfield W-League season with the hosts running away 5-1 victors.

Captain Clare Polkinghorne says the performance was short of the side’s standards but says it’s important to now focus on Friday night’s clash with Sydney FC.

“We let ourselves down in key areas and it’s just not good enough. We’ll go back to the drawing board and thankfully we have a short turnaround which means we can get straight back into it on Friday,” she said.

“They have a lot of threats and they’re very attacking-minded. We just weren’t good enough today.”

Despite the promising start it was the hosts who opened the scoring as Nickoletta Flannery beat Mackenzie Arnold at the near post on 13 minutes. Matters worsened shortly before the half-hour mark as Ochs doubled Canberra’s lead from the spot.

Attacks into the Canberra half were rare with Katrina Gorry’s long-range strike late in the first half the closest the Roar came to threatening Canberra keeper Trudy Burke.

An uphill battle at the break for the Roar steepened shortly after as three goals in 10 minutes early in the second half for the hosts put the game beyond the Roar.

Emily Gielnik’s stoppage time goal was nothing more than a consolation strike for the Roar Women who suffered their heaviest loss of the season. 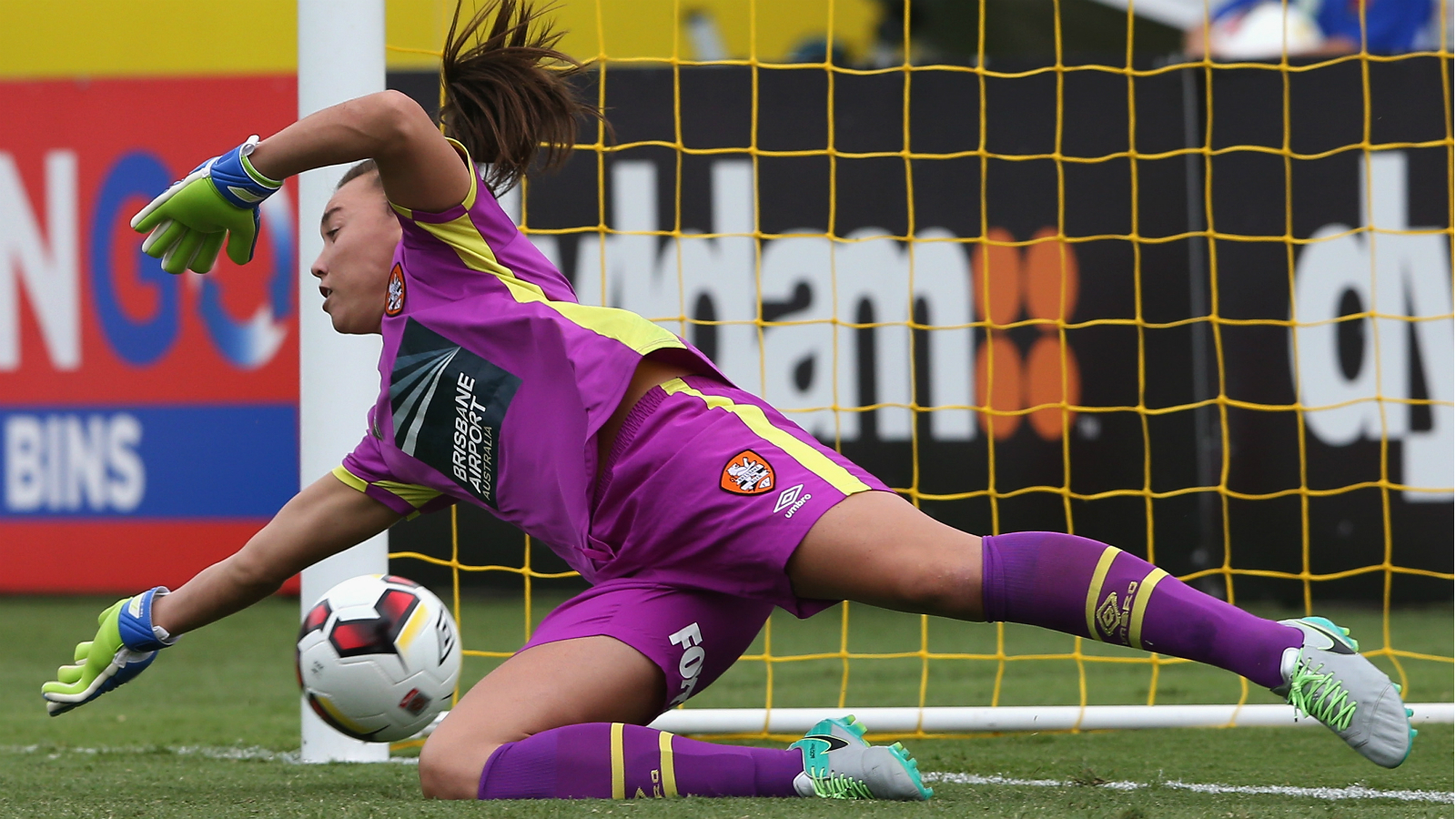 13′: Nickoletta Flannery takes the ball on the edge of the area, creating space for the shot with her first touch before finding the bottom corner with her second. 1-0

28′: Kaitlyn Torpey’s challenge on Flannery is deemed worthy of a penalty which Stephanie Ochs converts despite a touch from Mackenzie Arnold. 2-0

50′: Grace Maher splits the Roar defence and finds Ashley Sykes who curls a first-time effort inside the right post. 3-0

53′: Angela Beard is on the scene to clear a goal-bound shot from Michelle Heyman but only clears as far as Flannery who side-foots home from close range. 4-0

56′ : Ashley Sykes is played in behind the Roar defence and looks to shoot before Kaitlyn Torpey makes a desperate lunging tackle, only for the ball to rebound off Skyes’ legs and into the net. 5-0

91′: Emily Gielnik is found in acres of space on the right wing before penetrating into the area, opening space around the defender and sliding a cross-goal shot in the bottom corner. 5-1

It was a uncharacteristic display from the Roar Women following last week’s promising 3-2 victory over Adelaide United. The group must compose themselves quickly with only a five-day break until the next fixture.

Brisbane Roar Women Head Coach MEL ANDREATTA: “They [Canberra United] did really well, played to their style and caused us a lot of problems that we didn’t manage well.

“Preventing transition and controlling possession better, we talked about winning our battles and we didn’t execute that well today.”

The Roar Women have one final game before Christmas, a Friday night clash against Sydney FC on Friday, 23 December (6:30pm KO) at Lambert Park, Sydney. 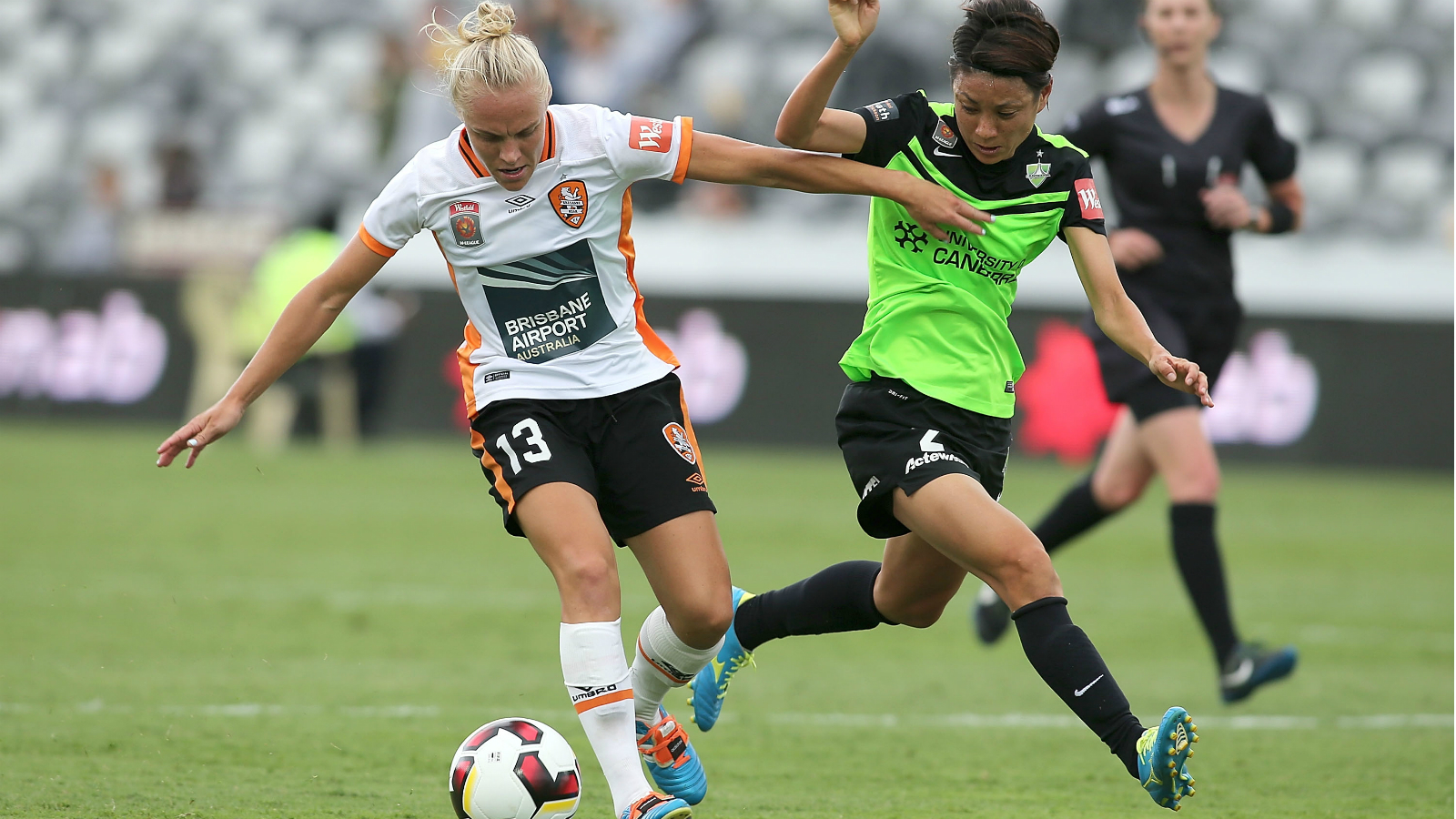