Brisbane Roar have secured an important come-from-behind victory in a dominant performance over Newcastle Jets at McDonald Jones Stadium on Sunday evening.

Jamie Maclaren struck twice in the second half to overturn a first-half deficit before a debut goal for Nick D’Agostino sured up an well-deserved three points on the road against a determined Jets outfit.

“It’s been tough on the road but we had to bounce back and we put on a good performance tonight. It’s the Brisbane Roar mentality and now we just have to continue on,” North said.

Greek international Avram Papadopoulos made his Roar debut in the heart of defence and his first touch almost brought about the opening goal as Tomislav Arcaba was just able to pinch a long through ball away from the feet of Jamie Maclaren.

Despite a lively start from the boys in orange, the hosts had the lead within 10 minutes as Andrew Nabbout converted from the penalty spot.

Maclaren was causing the Jets back four issues, regularly slicing the line in half and calling Arcaba into action. 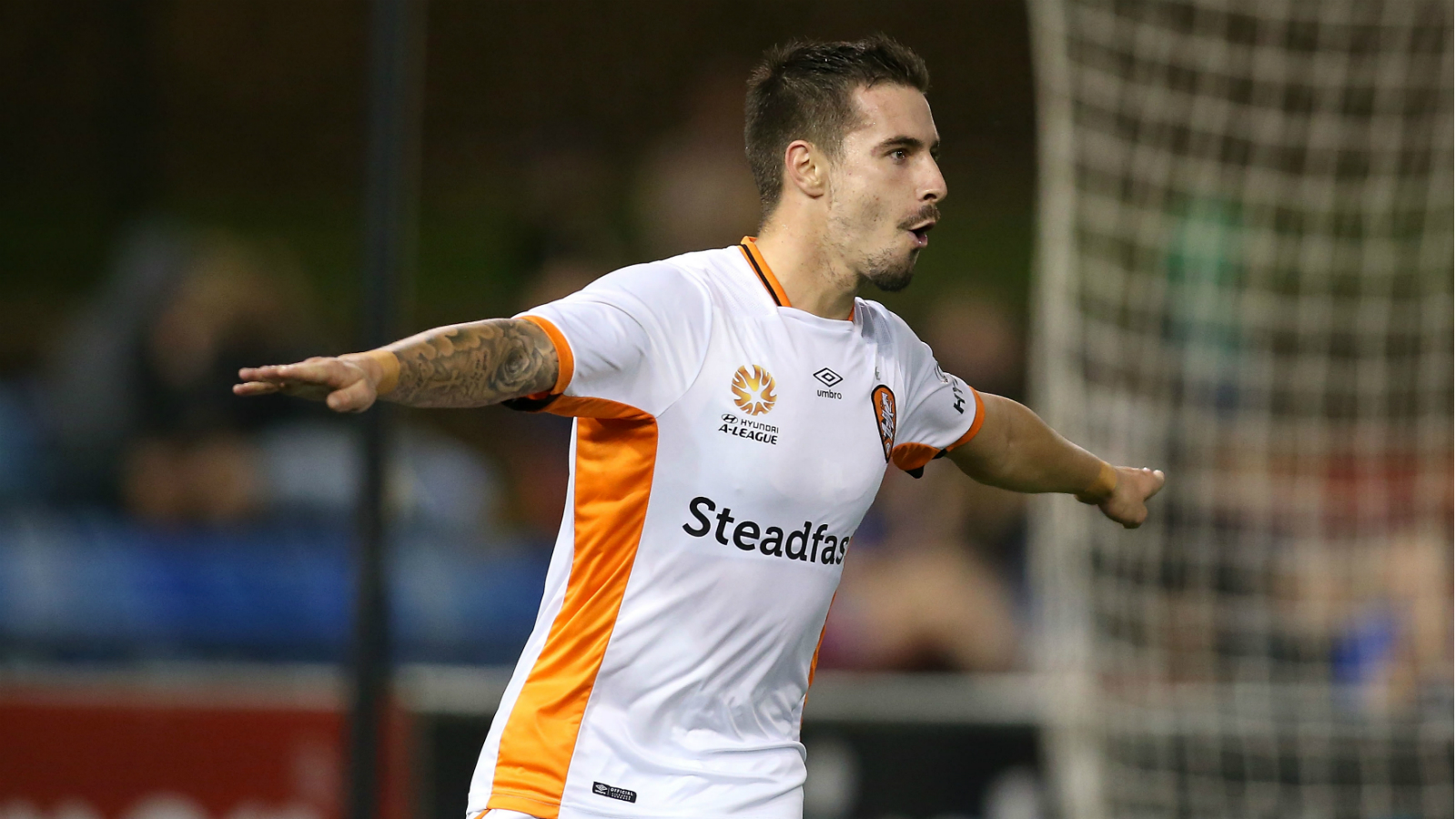 The match was flipped on its head shortly after the half-hour mark as Jason Hoffman was sent to the stands after picking up two yellow cards in as many minutes, reducing the Jets to ten men.

Papadopoulos showed his talents in the attacking third and was only denied a goal in his Hyundai A-League debut by a goal-line block from the Jets defence in the opening stages of the second period.

Brisbane piled on the pressure and restored parity on 62 minutes from the penalty spot through Jamie Maclaren after a foul on substitute Thomas Broich by Jets midfielder Andrew Hoole.

The Roar began to stretch a tiring Jets defence with Jets keeper Arcaba quickly becoming one of the busiest players on the park, making a number of saves in quick succession.

Michael Theo was untested throughout the second half at the other end of the pitch, aided by a resolute back four and some wayward shooting from the hosts.

Maclaren had his brace with just over 15 minutes remaining, reacting the quickest as Arcaba parried a long-range strike to convert his 13th goal of the season.

The striker made way for Nick D’Agostino on the cusp of injury time and the young striker made an immediate impact, netting his first Hyundai A-League goal with 60 seconds of enterting the fray.

The result sees the Roar climb up to fourth spot on the ladder, equal on points with third-placed Melbourne City. 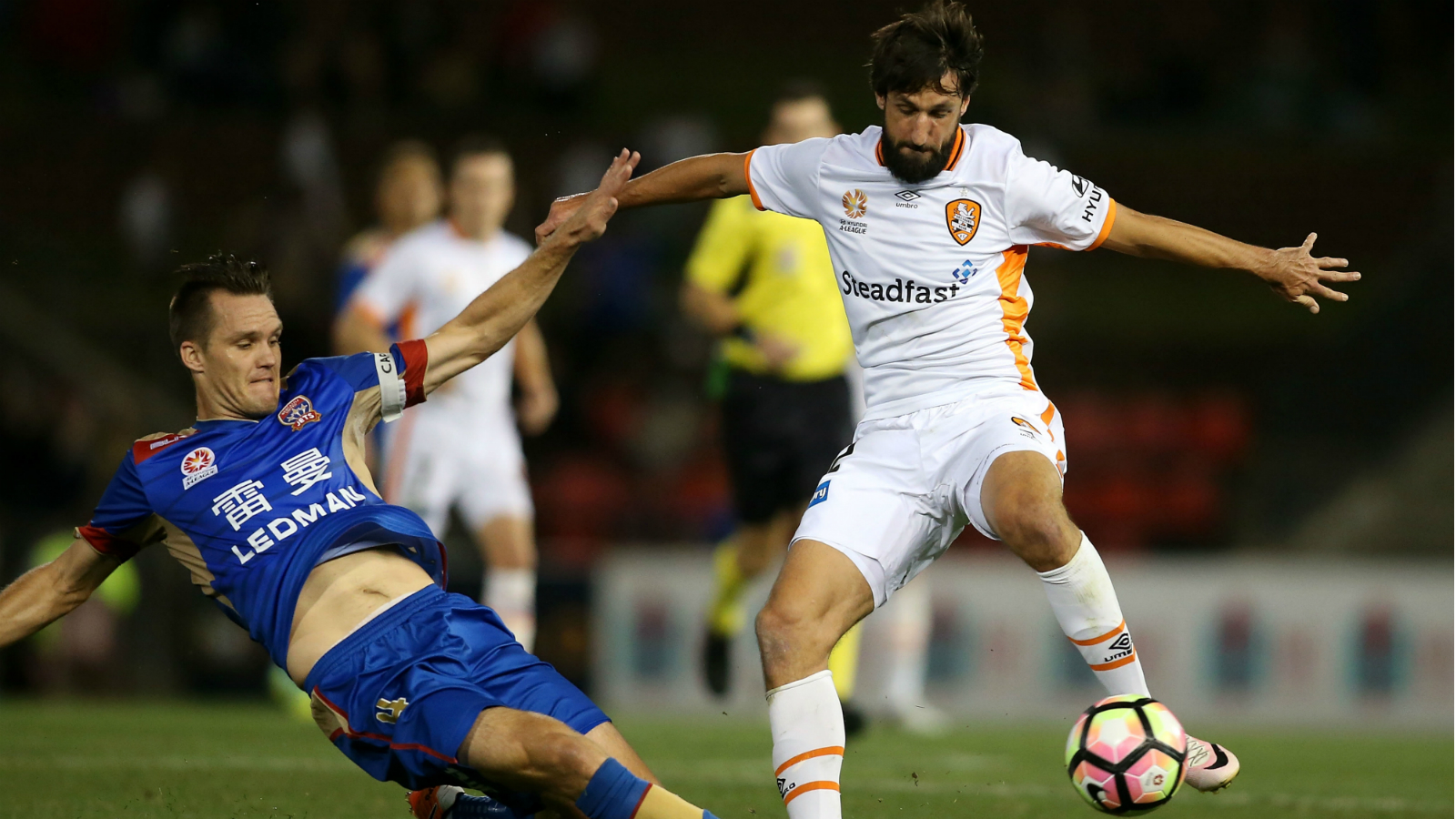 10′: Andrew Nabbout converts from the spot after Corey Brown fouls Aleksandr Kokko in the area. 1-0

62′: Thomas Broich is felled in the area by Andrew Hoole and Jarred Gillett points to the spot. Jamie Maclaren steps up, sends Tomislav Arcaba the wrong way and equalises. 1-1

74′: Arana drives a shot from distance which is saved by Arcaba but straight into the path of the oncoming Maclaren who reacts quickly to fire the Roar into the lead. 1-2

90′: A blocked shot falls to Nicholas D’Agostino who curls a shot inside the right post, his first goal in the Hyundai A-League. 1-3

Brisbane Roar striker JAMIE MACLAREN: “After the week we’ve had it’s nice to get three points away from home. Our next [Hyundai] A-League game is away too but we’re just buzzing about this result right now.”

The Roar have a well-earned week off as the Hyundai A-League enter a split round. Brisbane’s next match is an AFC Champions League away tie against Kashima Antlers on Tuesday,14 March (8pm KO). 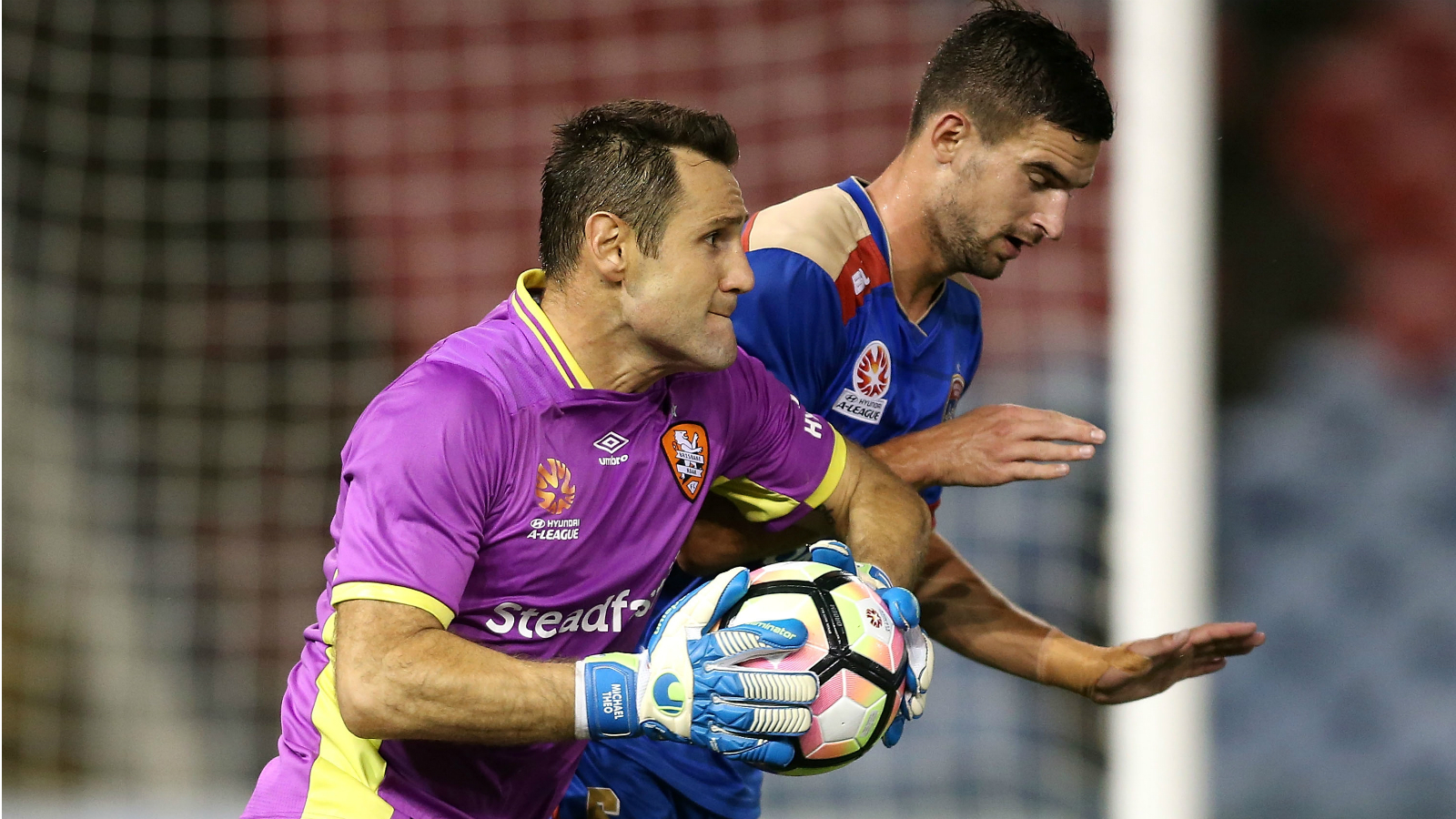