It can sometimes be hard for a big man like James Donachie to take small steps.

But that’s what’s required right now as the talented 22-year-old defender continues his comeback from a pre-season grade one quadriceps tear.

The injury was a tough set back as it not only cost Donachie his place in the Roar Starting XI but also ruled him out of this week’s two-game tour of the Middle East with the Olyroos.

Donachie sat on the bench for the Roar against Sydney FC last Friday and has trained hard this week as Brisbane prepares for Sunday’s Hyundai A-League Round 6 clash against Perth Glory FC.

Since making his debut for the Roar in 2011/12, the youngster has already notched 52 Hyundai A-League appearances for the club. 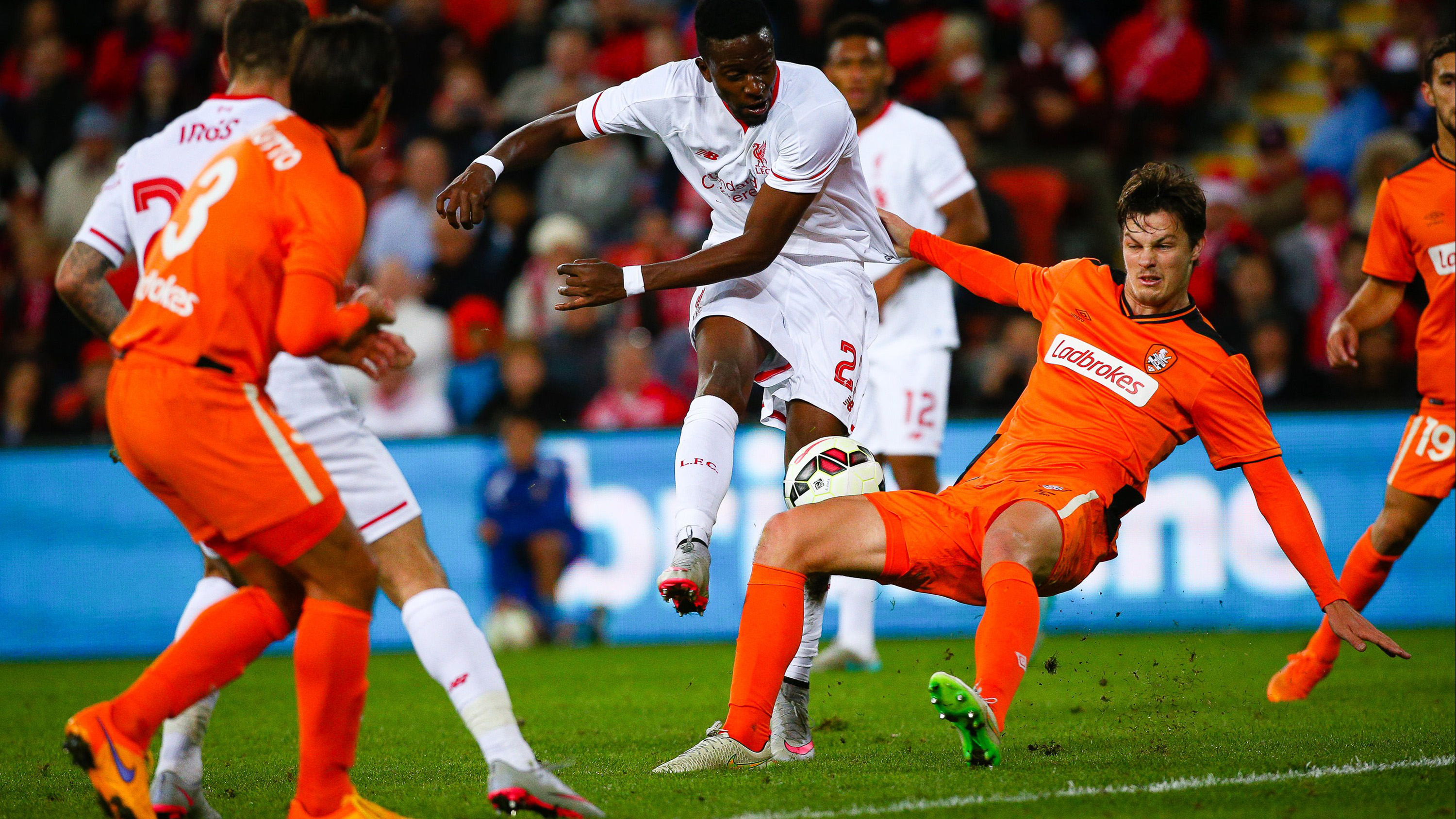 Donachie played 18 times last season, including 16 starts, and scored two goals. He also played four AFC Champions League matches and was in the Starting XI for the international club friendlies against Liverpool FC (above) and Villarreal CF (below).

He played in the Roar’s FFA Cup loss to Western Sydney Wanderers FC in September and in several pre-season games and is itching to get back on the playing field.

Donachie he knows he has to be patient in his return and is coming back at a time when the team has just recorded consecutive clean sheets.

“It is always a long time when you are sitting there watching,” Donachie said of five weeks he has just spent on the sidelines.

“I trained last week and this week and I’m buzzing to be out there again.”

Donachie respects the great work his fellow defenders have done in recent weeks and the importance of players fighting for Starting XI positions.

“There’s always competition for places (at the Roar) . . . we have two players per position that are fighting for that position each week and that shows out on the field,” he said.

“I’m always looking to try and be the best out there in my position, so I come to training every day and work on things that I’m not so good at.” 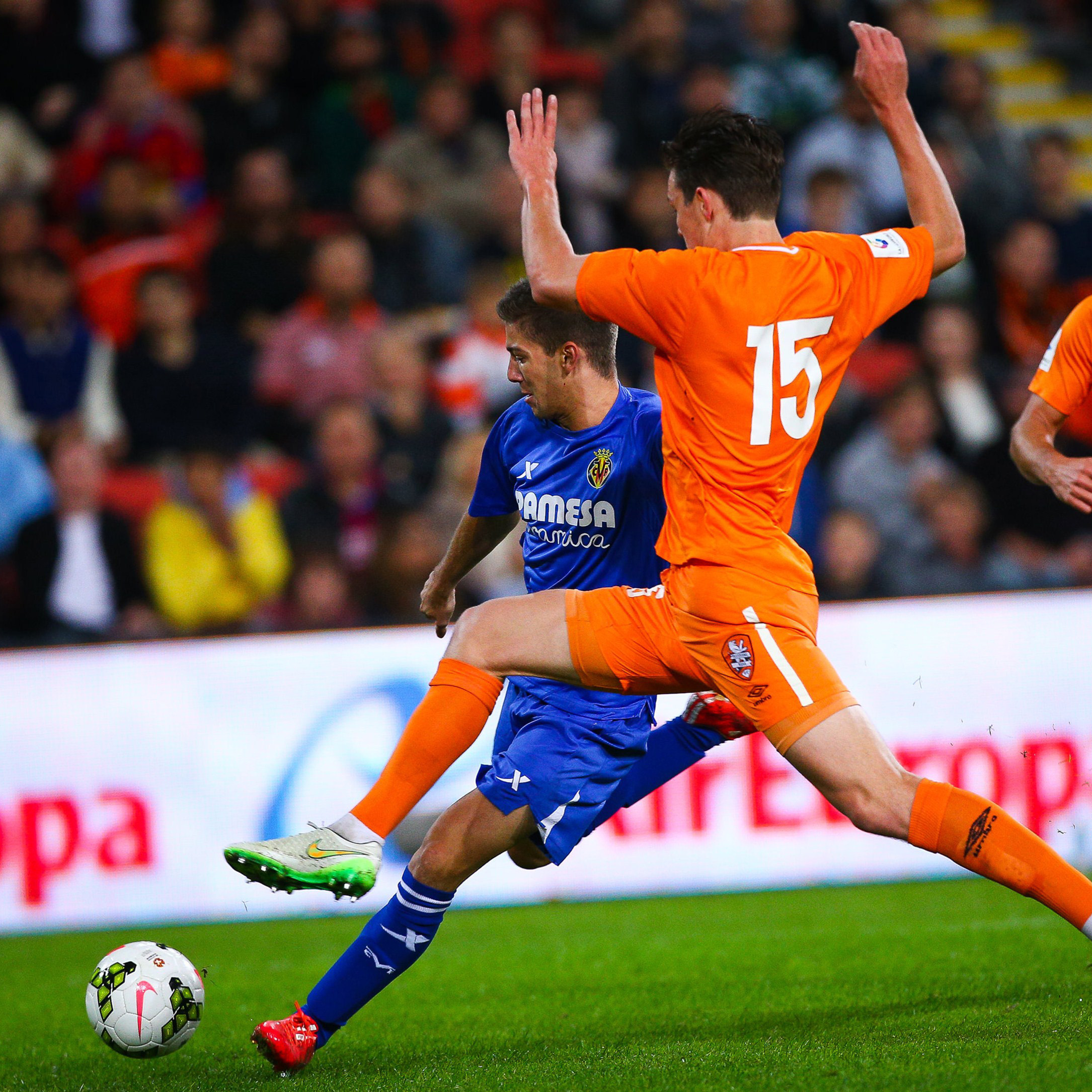 Donachie also has been inspired by fellow Roar defender Corey Brown who lost his place in the Olyroos squad for games in September and October but has battled back and is with the Roar’s Jamie Maclaren and the Australian Under-23s (Olyroos) in Qatar this week.

After making three tours with the Olyroos, Donachie is determined to win his place back for the AFC Under-23 Championships in January which is the qualifying tournament for the 2016 Olympic Games in Rio de Janeiro.

“I’ve got to keep doing what I am doing here. If I keep training and working hard here and putting the effort then eventually (Olyroos selection) should come,” Donachie said.

Sunday is a double header against Perth Glory FC.

The program begins at 1pm with a Westfield W-League Round 5 match between the two clubs followed by the Hyundai A-League Round 6 clash at 4pm.

The ticket price includes both matches. To book your seats, click here.

On Saturday, the Young Roar play Melbourne Victory Youth in Round 2 of the Foxtel National Youth League. The match kicks off at 3pm at Cleveland Showgrounds.