Brisbane Roar Women have jumped to the summit of the Westfield W-League ladder with a well deserved 2-0 win over Western Sydney Wanderers on Saturday afternoon.

First half goals from captain Clare Polkinghorne and Tameka Butt proved to be the difference in an entertaining encounter at Marconi Stadium, securing the Roar’s second victory of the season.

The visitors looked comfortable throughout the match after establishing an early lead, with resolute defending from the whole side and strong goalkeeping again from Mackenzie Arnold keeping the clean sheet intact.

“It was a good team performance and I was really happy with the way we responded after last weekend’s game against Canberra United,” Head Coach Mel Andreatta said.

“It was definitely the kind of reaction that we were looking for.

“Taking on the current champions Melbourne City at home next weekend, the challenge now is to continue to work hard and put in another strong performance in front of our home fans.”

It was a tense battle in the opening quarter of an hour as each side created chances on goal with Katrina Gorry, Tameka Butt and Emily Gielnik linking up a number of times in search of an opener.

Gorry caused issues for the Wanderers defence in the opening stages, creating a number of opportunities for her teammates as well as manufacturing a couple of shots on goal herself.

After an impressive start to the season, Roar goalkeeper Arnold continued her great form between the posts, making a number of stops to keep the home side out as both teams created a number of first-half opportunities.

Brisbane’s creativity in front of goal eventually paid off in the 28th minute when Captain Polkinghorne opened the scoring for Brisbane’s Westfield W-League side, before Emily Gielniik picked out attacker Tameka Butt for the Roar’s second goal ten minutes later. 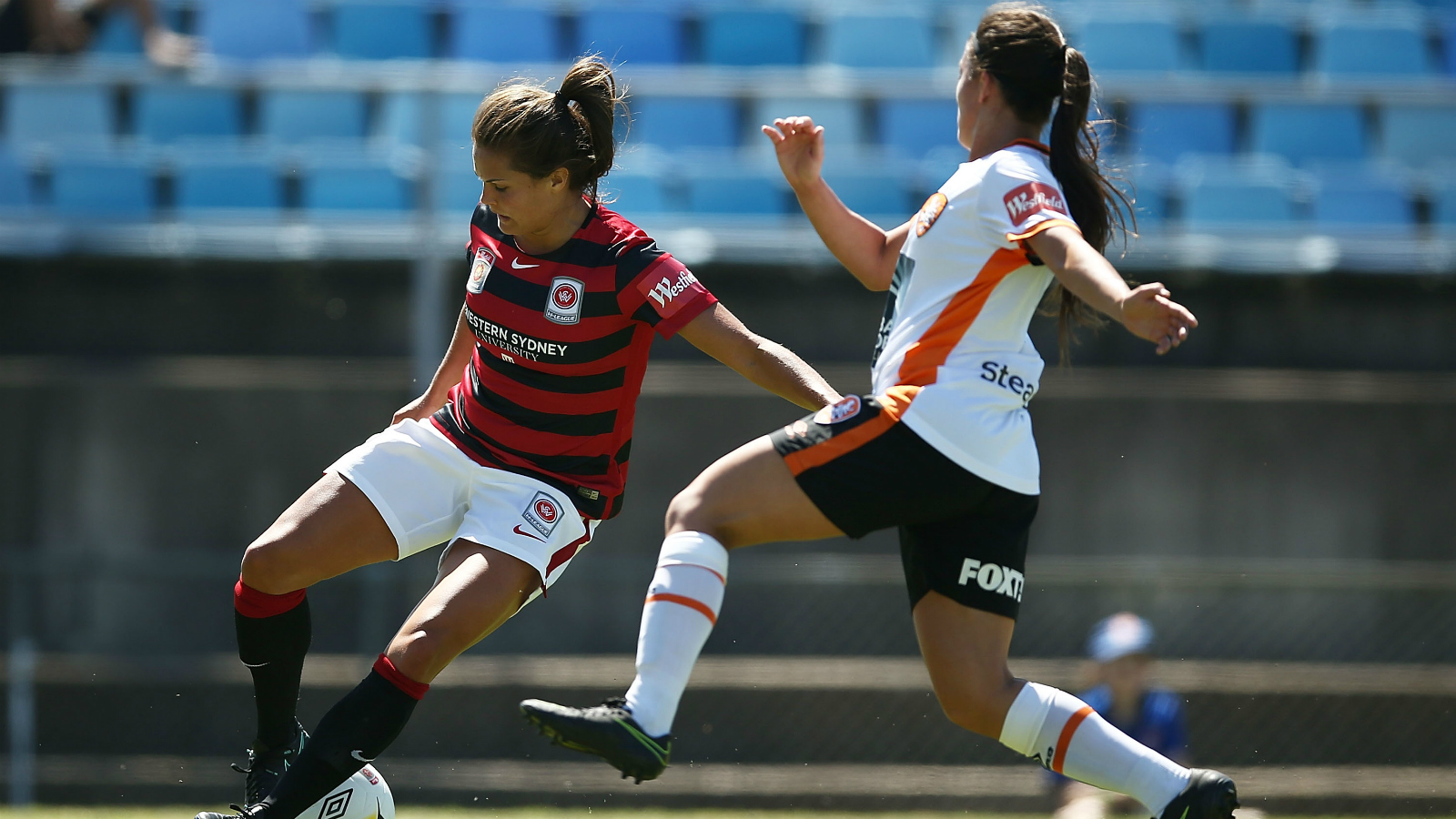 A fascinating game of football turned into an end-to-end encounter as the Roar searched for a third goal. Gorry and Polkinghorne combined at the beginning of the second half as Wanderers keeper Jada Whyman made two saves in quick succession.

The Roar controlled the match throughout most of the second half. Sunny Franco came off the bench in the 81st minute and almost made an immediate impact, combining with fellow second-half substitute Allira Toby.

Brisbane were unlucky not to add a third in stoppage time, but will be happy returning to Brisbane with a well-earned three points and moving to top spot of the Westfield W-League 2016/17 competition.

“Today was a difficult away trip, in testing conditions against a well organised team. Away from home it is never easy, and to keep another clean sheet is pleasing and it is definitely becoming an important part of our game,” Andreatta said.

“As a team we defended really well from front to back and worked really hard for each other. Mackenzie Arnold was good again, our back four defended well as a unit and our pressure in midfield and up front was very good.”

28′: Captain Clare Polkinghorne is the beneficiary of a dangerous cross, managing to get a boot to the ball and directing it into the back of the net. 0-1

38′: A well-worked play from the visitors finishes with Emily Gielnik finding Tameka Butt with a lethal cross allowing Butt to extend the Roar’s lead to two. 0-2

The Roar are yet to concede a goal outside of Queensland this season starting their campaign with back-to-back clean sheets. 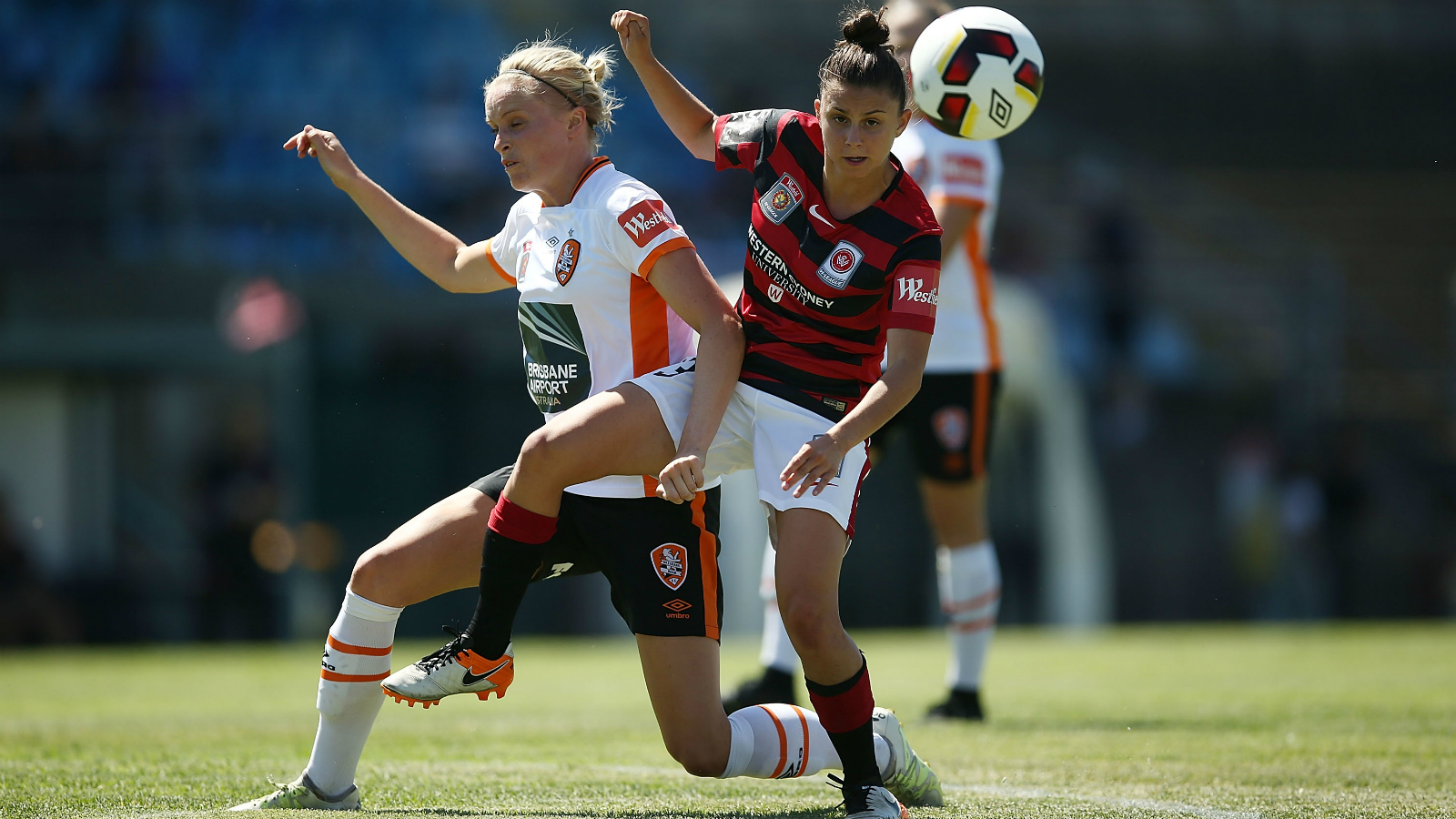 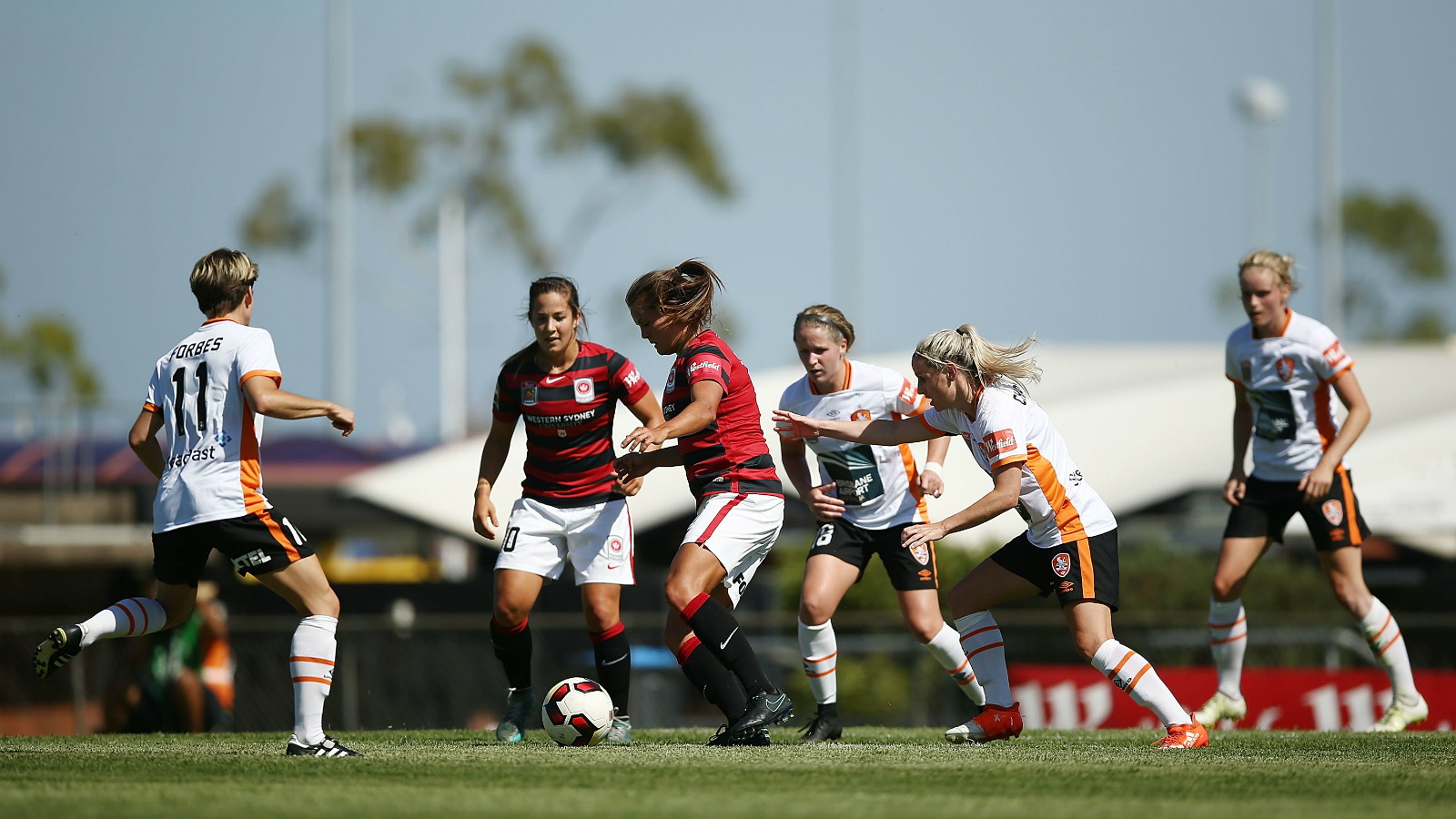