Éric Bautheac Exclusive: “I would say I was at 50% of my usual level”

Speaking exclusively with Get French Football News, Brisbane Roar FC winger and 30-year-old Frenchman Éric Bauthéac discussed his experiences in Australia, the reasons behind his Lille exit & much more.

Tell us a bit about your experience playing in Australia?

Well, I’ve been here for a whole season now, and I’d say this first season has been one of discovery. I had arrived in a new country, without speaking the language and it was a new climate, so I had to adapt. The people are different, the football is different – everything has changed for me this season.

The other players were nice to me, seeing as I didn’t speak the language, but they were very understanding. There’s a different mentality here, people are always ready to help you out, and that’s what they did for me, so my adaptation to Australia was fairly easy.

“I had to learn the language and work hard off the pitch to make myself understood, which took some time. I’ve been here eight months and now I’m understanding what people are saying to me, which makes things easier.”

In terms of football, I didn’t have any preparation at the start of the season. When I arrived, I’d had a problem because my visa hadn’t been accepted straight away. It took two months, so for two months I hadn’t been training. Once I arrived, they’d already started the season and I was arriving late, which made things difficult.

It was a hard season for me, even if I’d played some good matches, I would say I was at 50% of my usual level. This season, things are different and I’m building on a good base. For starters, I’ve got a full pre-season – I scored two goals in our first friendly match yesterday – so I’m feeling a lot better now.

The staff here is also quite different to what I’ve known in France, the coach is really attentive to his players. Here, the staff is exceptional – the coach, John Aloisi, a former international, is a great guy and it’s a pleasure to be working with him day in day out. If someone has something to say, or if their opinion differs from that of the coach, they will be listened to.

They will make an effort to find a solution, and this is great. If he asks something of me and I don’t agree, then we can talk it over. In France, you always do as the manager says. I’m not going to give advice to French managers, but for me this is a great mentality. 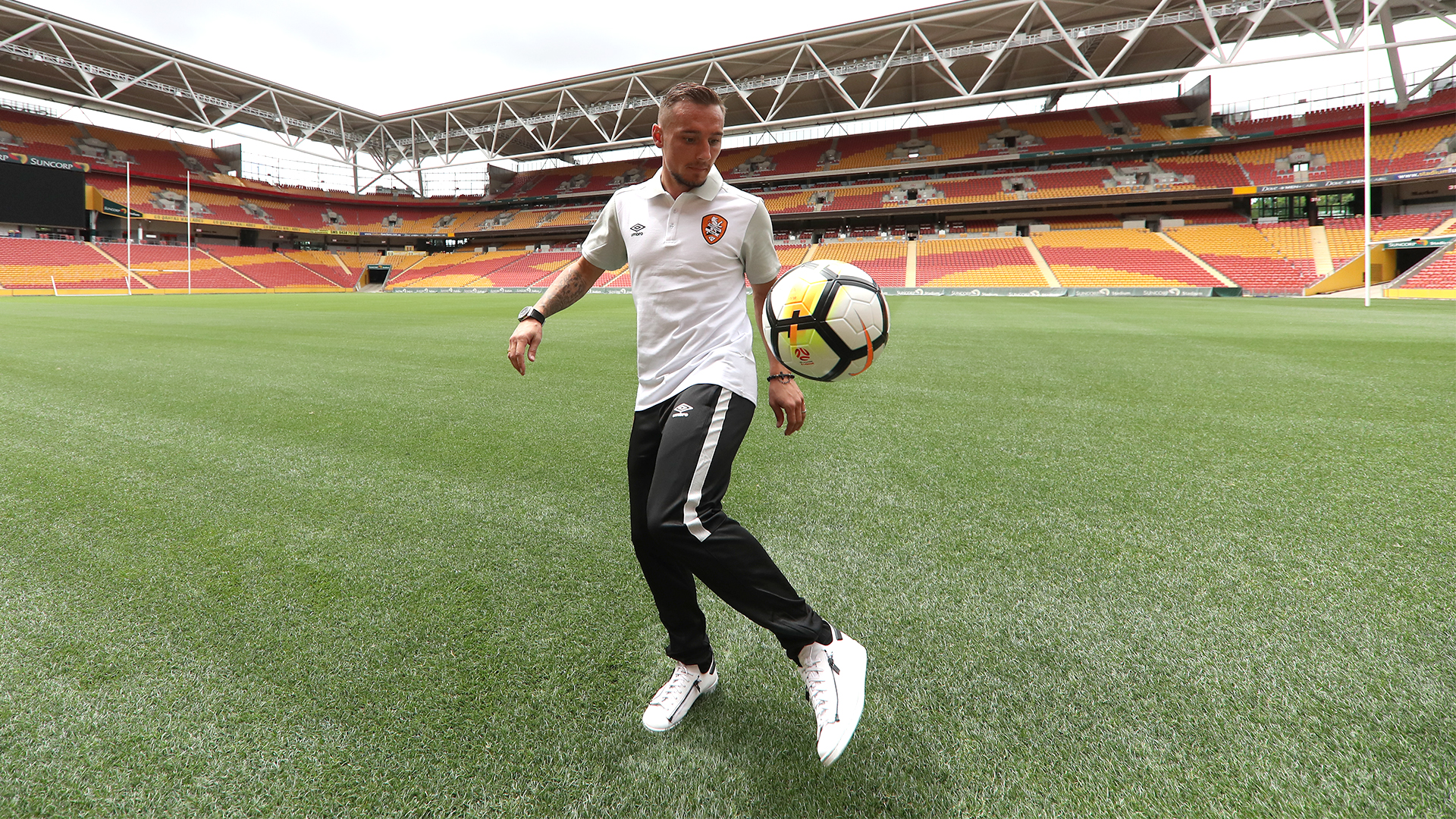 In what sense is the style of football different?

I would say it’s more like the English game than the French style, because it’s a lot more open, and teams are more focused on attack than defence which makes for a greater spectacle. As an attacking midfielder, that’s great for me.

Why did you choose to go to Australia?

I had quite a few offers, and it was a decision that took time and one I put a lot of thought into. I knew that I wanted to leave France. I had several offers there, but having played for 17 years at a professional level in the country, I felt that I’d seen it all and at the age of 30 it was time for me to discover something new, have a new experience.

It was in August that I’d got the offer from Australia, and at first I was thinking “Why would I go there? I don’t know anything about the place, nor the league.” So I put it aside – without refusing it straight away. Then I did some research online, I spoke quite a few times with Fahid Ben Khalfallah, who was the only Frenchman playing over there, as I was curious and wanted to know his opinion, seeing as he’d played there for three years.

Then I talked it over with my family and I thought, ‘why not?’. I could have gone to Russia or Turkey for the money, but I’ve earnt a good living in France, and I thought I should give this a go and try living a different life.
I really don’t regret my choice, because I’m simply loving it here. I’m living a great life here, even outside of football.

Definitely, I was a bit disorientated on arriving here. Everything is different compared to France, but in a good sense. All the rivalries and jealousy you get in France? None of that over here. I was surprised at this. When I arrived, I was thinking that it would be similar, that I’d be left on my own, but it’s not like that at all.

I was injured early on as I was playing regularly and I hadn’t been in the best condition. I was out for four weeks, and I had my team-mates telling me that I had to come back as soon as possible, and that they needed me in the team. That never happens in France. In France, it would be more like ‘stay injured so I can play instead’. In Australia they worry more about the team than about themselves.

So do you intend to stay in the long term?

At the moment I’m very happy over here, and I’ve still got a year left on my contract. In football things can change from one day to the next, so we’ll see at the end of the season. I’m concentrated on my season, and at the end we’ll see what happens. 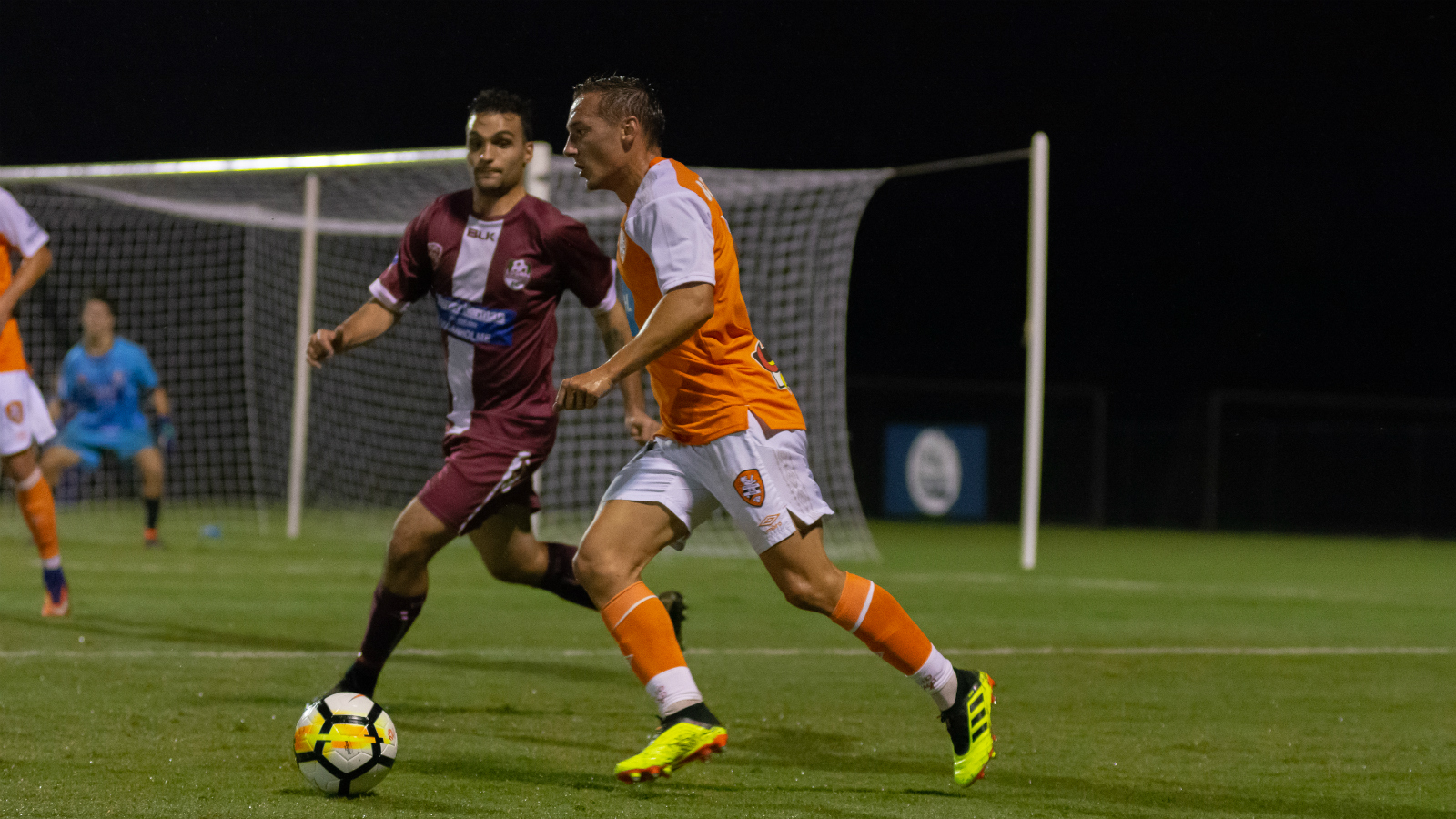 At the end of your time at Lille, you’d been sent to the reserves along with a number of other established players by Marcelo Bielsa, as part of the ‘loft’ group. How did this play out on your end?

We’d been sent a message a few days for the start of pre-season that we wouldn’t be training with the rest of the squad. The messages were sent individually, so we didn’t actually know who would be in the squad and who wouldn’t be. We were told that we’d be starting 2 or 3 weeks after everyone else without any explanation. We were left wondering, and when our first day of training came around we all found ourselves there – we thought it would be two or three players, but it was all of us, all of the ‘old’ players from the past season.

Our first reaction was just to laugh when we saw each other, asking ourselves what we were doing there. Then, we all gradually found ourselves clubs – the group was made up of good players, so this wasn’t too much of a problem.

I was quite happy with this situation, seeing as I wanted to leave Lille anyway, so it was convenient for me. Especially considering how hard it is to leave on a free when you’re contracted to a big club.

What did you think of the way in which the club and Marcelo Bielsa handled the situation?

The way they managed the situation is much like the way in which their season went – a bit all over the place. It hasn’t really surprised me that they’ve had a bad season, considering the direction in which the club was going. In the ‘loft’, we were saying amongst ourselves that there was no way it would work.

He had only brought in players who had never been in Ligue 1 and only kept the young players, and we weren’t wrong, they were so close to relegation.

What was your best moment at Lille?

I would say the semi-final of the Coupe de la Ligue, at home, where we won 5-1 and the pitch was invaded by the fans. I wouldn’t say I’ve kept much else from my time there.

The year I was promoted with Dijon is a great memory for me. I was young, and it was mine and the club’s first promotion to Ligue 1. The season I finished fourth with Nice, when nobody expected us to, and qualified for Europe – that was my best season. My whole time at Nice was the high point of my career, I would say.