The Young Roar will have another opportunity to test themselves in Queensland’s premier senior men’s competition when they clash with FNQ FC Heat on Sunday afternoon at Goodwin Park, Yeronga.

An inexperienced Young Roar squad have shown promising signs in the opening three rounds of the 2017 PS4 NPL QLD season, with a second round victory over Western Pride an early season highlight.

The opening three rounds have provided great experience and opportunity for the Young Roar squad to test themselves against the best senior footballers in Queensland.

“It’s a big opening for the boys to play senior football and they’ve been finding their feet, where they’re at and the adjustments they need to make,” Head Coach James Robinson said.

“The decision making process is at a more intense speed than they’re used to and that’s the gap we have to bridge and it’s slowly coming.”

“You always want a challenge and I think the more we expose the players to quicker decision making processes and having to be proactive, it’s only going to benefit us.”

Due to a marathon being run in the area, Cansdale Street and Brisbane Corso will be closed.

Spectators will still be able to travel to the venue by informing security staff that they are travelling to Goodwin Park for the fixture.

The Young Roar’s next test is the fifth-placed FNQ FC Heat who have begun the season with narrow victories over Brisbane Strikers and Gold Coast City FC and a shock defeat against Townsville-based Northern Fury FC. 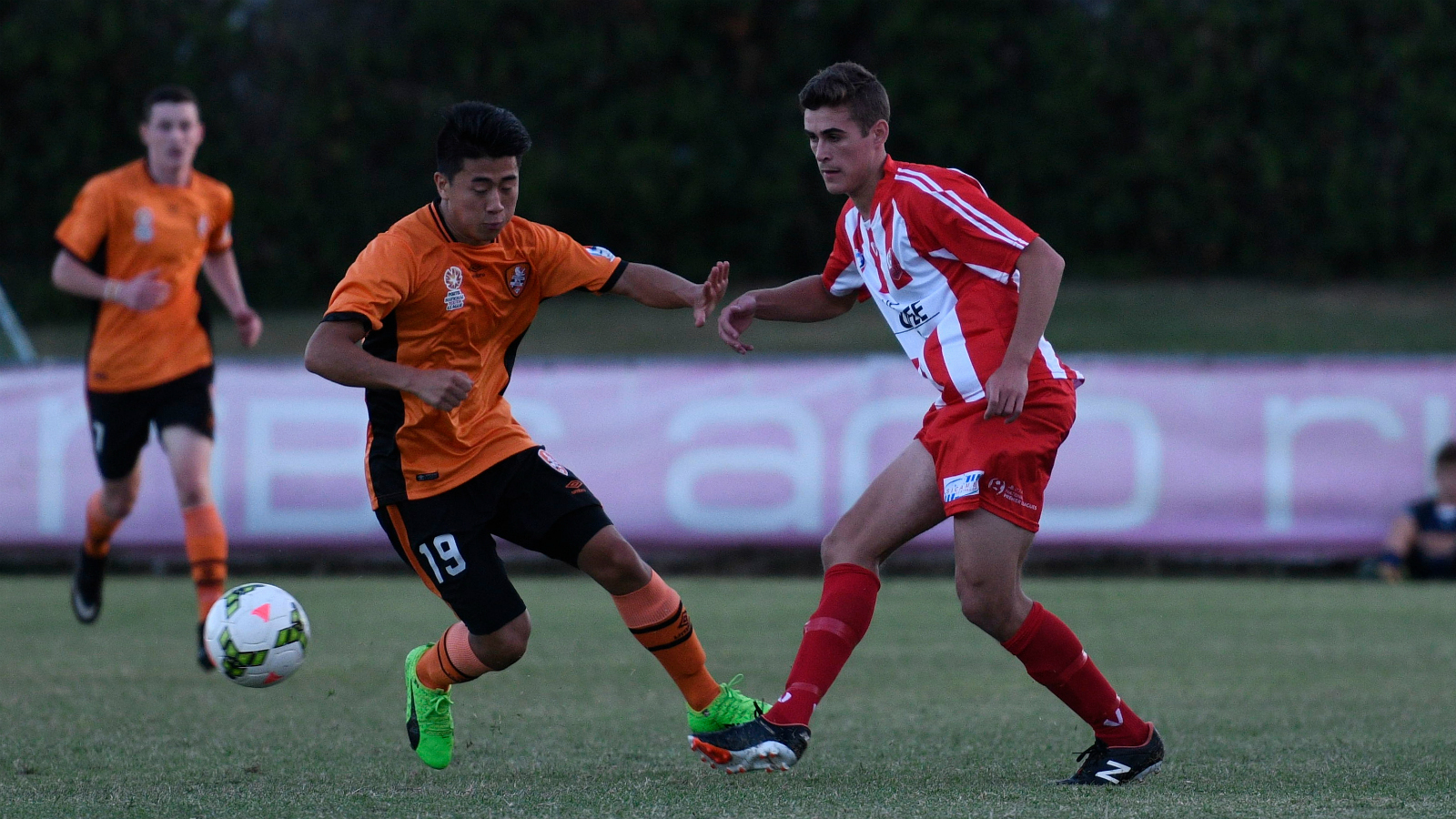 The Heat’s five goals this campaign have come from five different scorers and while the Young Roar will be wary of the threat the Heat can pose across the pitch, the focus remains on improving the processes and playing the Brisbane Roar way.

“Every week we give the opposition the respect they deserve and each opponent brings unique challenges to the game,” Robinson said.

“We give them awareness, hopefully the pictures mirror what we talk about and if they don’t then we need to adapt.

“We continually strive to keep moving forward and not just getting better in a certain aspect but in every aspect. Every day we push forward whether it’s one step forward, or half a step.”

The Young trio have seized their opportunities with D’Agostino scoring his first senior goal and Caletti and Crestani impressing.

Robinson says that being able to see former teammates grasp their opportunities in the senior squad will only drive his side to keep improving further.

“We’ve seen some of the boys get their opportunities in the A-League and ACL,” he said.

“Seeing some of the young boys get their chance has only made the squad more eager to push forward now.”