Brisbane Roar FC is proud to announce Clare Polkinghorne and Tameka Butt as captain and vice-captain respectively of the club’s Westfield W-League squad for the 2015/16 season.

The Roar Women open their new campaign against Canberra United at Suncorp Stadium on Sunday (1pm kick off) – as part of a double header with the Roar Hyundai A-League fixture against Central Coast Mariners (4pm kick off).

Polkinghorne, who has captained the Roar for the last four seasons, and Butt (pictured below), along with Katrina Gorry, were in the Westfield Matildas squad which reached the quarter-finals of the FIFA Women’s World Cup in Canada in July and were named this week in a national squad to tour China later this month.

Roar Women’s Coach Belinda Wilson has rebuilt her squad in the off-season and has added 10 new players with several of them in line to make their Westfield W-League debuts this weekend.

The squad has also lost the experienced Brooke Spence (foot) and Vedrana Popovic (achilles) to injury. 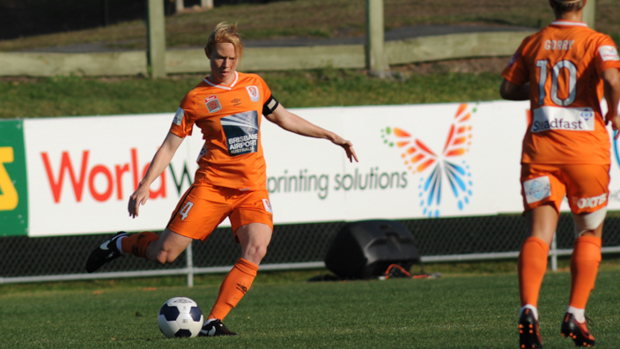 Wilson said her senior leadership group would play an integral part in helping the newer players step up to the higher level.

“Clare, as our captain again, and Tameka, as our vice captain, along with Katrina, Emily (Geilnik) and Amy (Chapman) will have different roles to play throughout the season, on and off the field,” Wilson said.

“The foundation and senior players … will have an important role in providing leadership and experience to those new players stepping up to the W-League for the first time – particularly in any games we are without our Matildas players.”

The coming season looms as a pivotal one for the Roar Women, who failed to reach the finals for the first time in the club’s history in 2014. 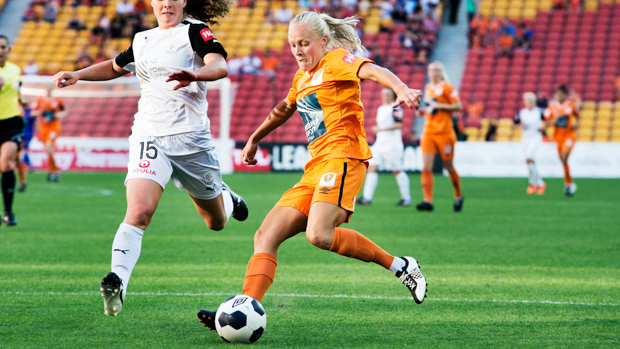 The opening fixture looms as a benchmark test for Wilson’s squad.

Canberra United are two-time grand finalists and will be out to impress new coach Rae Dower.

Dower served as a constable in the Queensland Police Force and coached Queensland under-age teams before spending the last two years as assistant to Canberra former Dutch international Elisabeth Migchelsen, who is now coaching in South Africa.