Fairytale comeback as Henrique wins it for the Roar

Henrique has marked his first game back since a knee reconstruction eight months ago with a goal off the bench to give Brisbane Roar a 1-0 victory over Perth Glory in Round 6 of the Hyundai A-League at Suncorp Stadium today.

The striker was emotional after the neat finish in the 74th minute, openly weeping in the arms of his team-mates as he celebrated what became the match winner.

“When you have been out for so long you realise how much you love the sport,” Henrique said afterwards.

Spanish import Javier Hervas produced an assist with his first touch in the Hyundai A-League, skilfully flicking the ball into the path of a flying Henrique.

Dimitri Petratos (below) hit the woodwork twice and Thomas Broich also had an outstanding game for the Roar, with both fashioning a raft of chances for the home side.

Goalkeeper Jamie Young made a spectacular save late in the game to palm away a Glory free kick to preserve the winning margin.

The Roar dominated the first half of the match, but weren’t able to capitalise on their possession.

John Aloisi used his three substitutions midway through the second half, and it made the difference as Devante Clut combined with Hervas and Henrique for the goal.

The Roar have a short turnaround to the next round, hosting Melbourne City on Friday night (7pm kick off). To secure your seats, click here 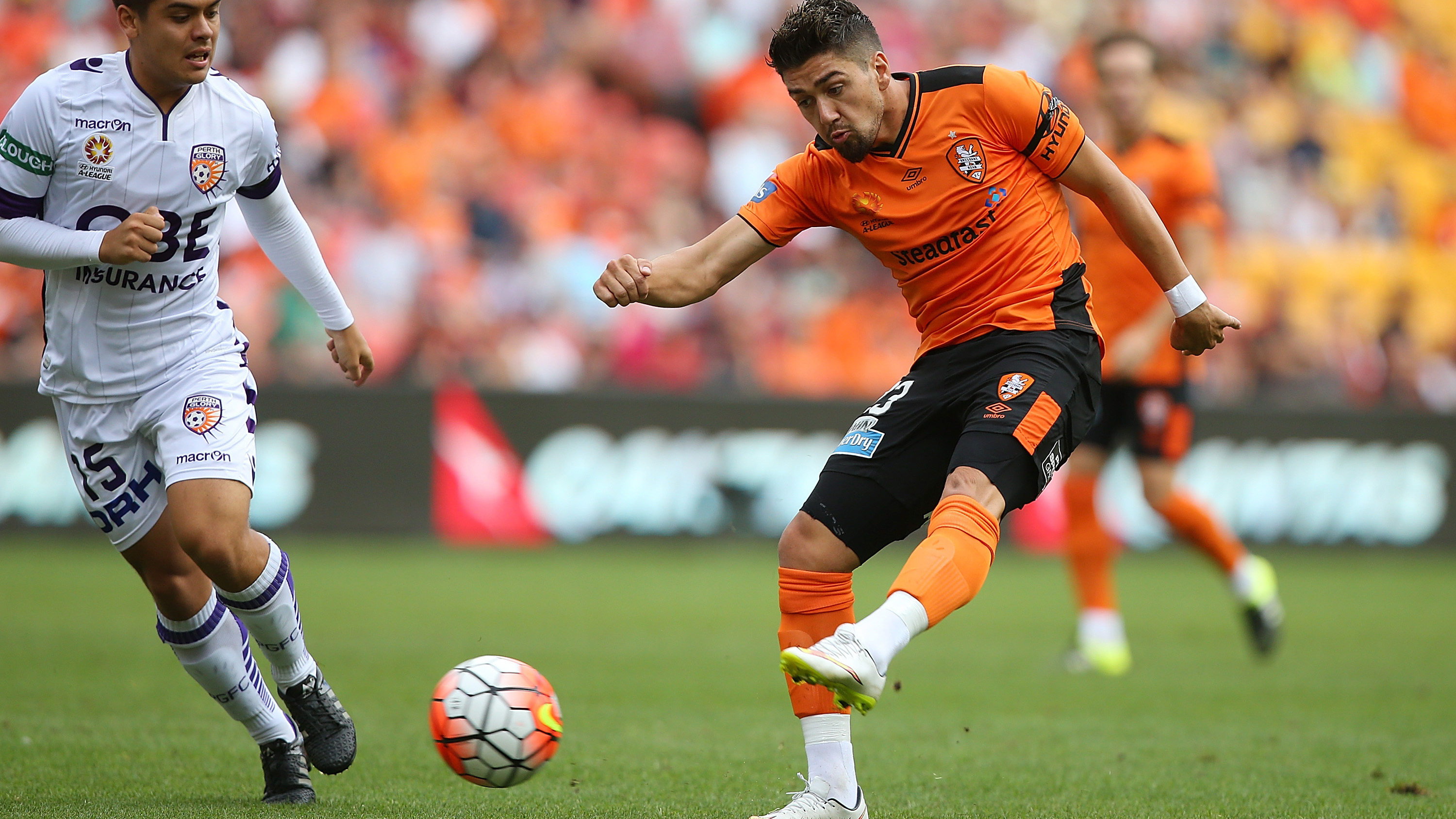 74′: The three substitutes combined with Devante Clut heading to Javier Hervas whose clever flick pass set up Henrique who held off a defender to flick his shot past the keeper and into the net. 1-0

Striker Henrique: “It feels great, it’s a reward for all the hard work.

“(This squad) can go far, we have done it in the past and we will do it again, we have great people here, we have a good coaching staff and we are altogether and in this season we want to achieve great things.”

Aloisi on Henrique: “Anyone who has had a major injury, they know its hard. It’s not only hard being out for a long period and not playing. It’s hard work, you have your ups and downs in terms of little setbacks, you feel good again and then you get setback again . . . I couldn’t have asked for anymore from him in terms of his preparation and getting fit again.

“He is fan favourite, what he has done for the club, winning championships, scoring important goals, penalties. It’s great for him and lets hope there is more to come.”

Aloisi on selections for next week: “It’s a good selection headache to have when you have a strong squad. When any players are away, it’s important that other players stand up and I think there were quite a few that did.”

Perth Glory Head Coach Kenny Lowe: “The guys they brought on all had a bit of quality and they combined together to make the goal.”

Welcome back Slippery Fish. His goal had the fans on their feet cheering and we all can’t wait to see more game time from our favourite Aussie/Brazilian striker.

In addition to a short turnaround – we host Melbourne City on Friday (7pm KO) – Head Coach John Aloisi has some interesting selection headaches with Matt McKay, Jamie Maclaren and Corey Brown to come back into the winning squad. 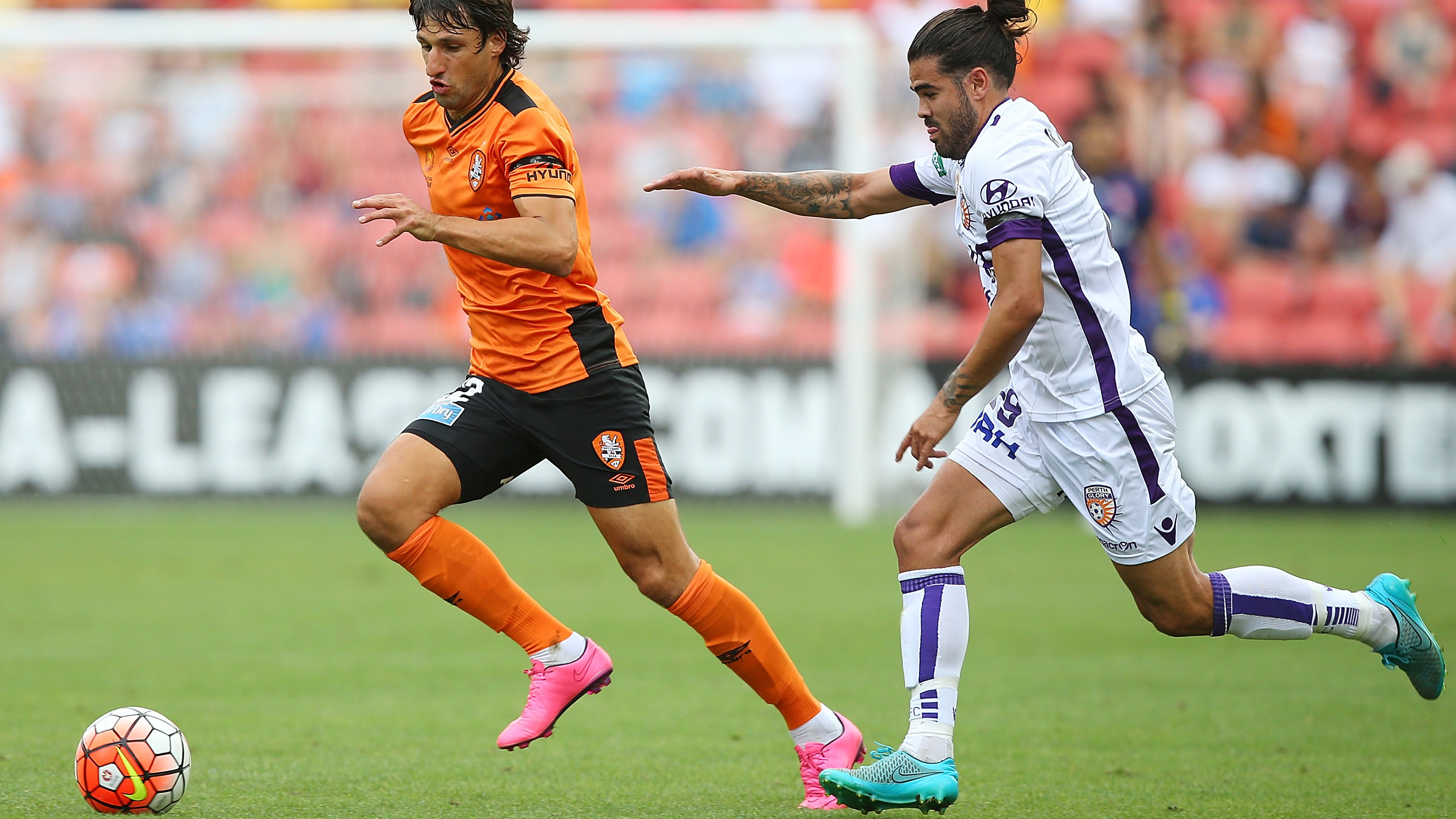