FFA Cup: All you need to know

We’re only a bit over a week away from our blockbuster FFA Cup Round of 32 matchup with Melbourne City in Redcliffe on Tuesday night (7:30 pm KO).

We’re only a bit over a week away from our blockbuster FFA Cup Round of 32 matchup with Melbourne City in Redcliffe on Tuesday, 7 August (7:30 pm KO).

Redcliffe’s Dolphin Stadium will play host to the two Hyundai A-League sides, who last met in the 2017/18 finals series in April this year.

The Round of 32 clash will be Melbourne City’s second visit to Dolphin Stadium, with their FFA Cup campaign last year including a 2-0 victory over FQPL side Peninsula Power.

Brisbane’s FFA Cup home tie on Tuesday, 7 August will be the first meeting in four campaigns with Victorian-based, Melbourne City.

Adding a bit of extra spice to the contest, off-season recruit Stefan Mauk will take the field against his former club for the first time since his arrival at the Roar.

Adult tickets are available for purchase from $11.75, with junior (15 years & under) and concession tickets available for just $6.55. A family of four (2 adults, 2 children) can attend Dolphin Stadium for $22.

Seats are selling fast! Secure your ticket online HERE and SAVE, SAVE, SAVE! 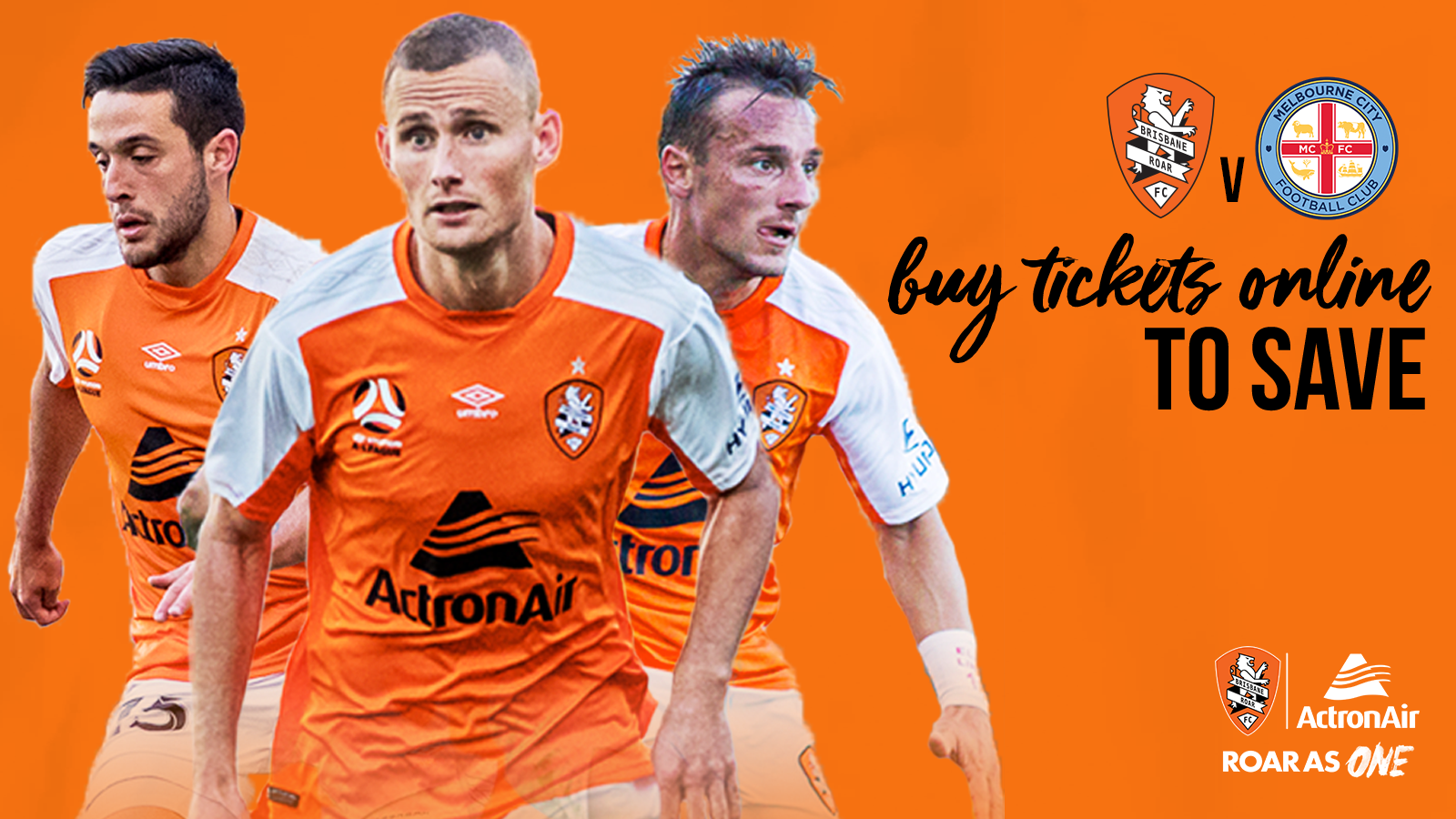 You can catch all the action live & online with Fox Sports, who will be broadcasting each round of the FFA Cup 2018 competition.

There is parking available at Dolphin Stadium for football supporters attending the match, the best entry point is via Klingner Road.

If you are going to catch public transport to Redcliffe, please consult TransLink for information regarding Tuesday night’s match.

Sealed water bottles are allowed into the venue, any other form of liquid will be confiscated by security.

Dolphin Stadium has a strict NO BYO food policy. This includes glass and sealed liquids that are not water.

For any additional details regarding Dolphin Stadium’s matchday policy, please see HERE for full details on their website.

Dolphin Stadium holds a maximum capacity crowd of 15,000 after a $12 Million Dollar government initiative in 2015 saw major upgrades to the stadium.

Home to the Redcliffe Dolphins, a Queensland Cup Rugby League side, the ground has seen its share of major tournament matches since its doors opened in 1947.