Two goals in either half for City and a late goal for the Young Roar saw the scoreline finish 4-1 at A.J. Kelly Park.

It was an uncharaceristic display from the Young Roar who were unable to emulate the performances which had the seen the side record three consecutive victories.

The hosts had their fair share of chances but were denied on numerous occasions by City keeper Yaren Sozer who was strong between the posts.

The Young Roar now sit in second place in Conference A of the Foxtel NYL with three matches remaining.

Two first half goals to Gerrie Sylaidos and Daniel Arzani sent the visitors in to the break with a stronghold on the rescheduled Round 4 fixture.

Arzani’s powerful finish minutes after the break strengthened City’s hold on the match, before a late goal from Joey Katebian (below) provided hope of another incredible comeback.

A long-range goal from City substitute Lucas Portelli put the result beyond doubt, securing the three points for the visitors.

The Young Roar’s next clash is a re-match against City in the new year. 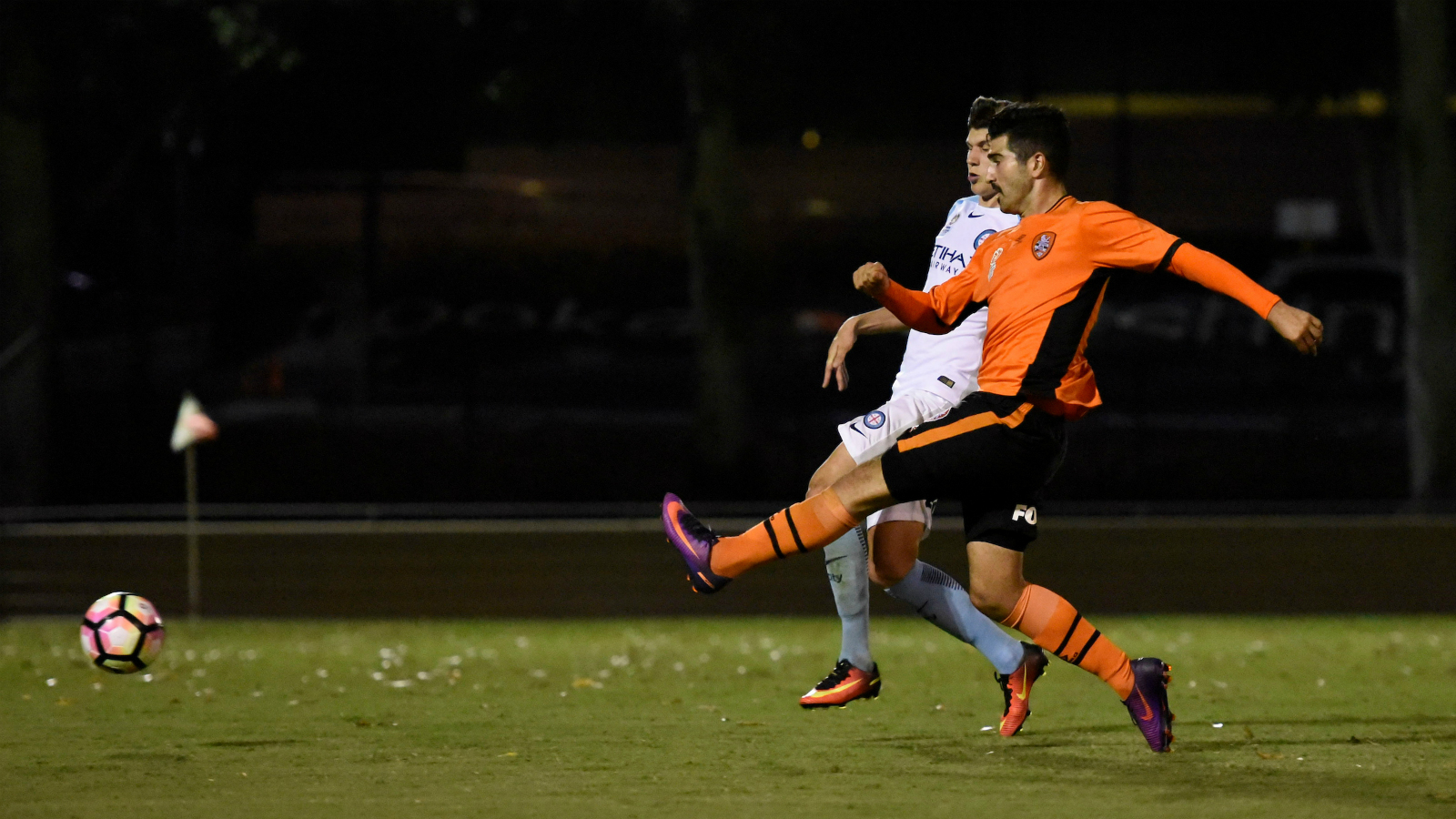 10′: CHANCE YOUNG ROAR: An impeccably-timed challenge from Nicholas Panetta (below) wins possession for the Young Roar deep in City’s half. The play ends with Nathan Konstandopoulos driving a low shot just wide of the right post.

18′: CHANCE CITY: A turnover in defence from the Young Roar falls to Daniel Arzani who drives a right-footed attempt goal that flies just over Tomislav Bilic’s net.

23′: GOAL CITY: Gerrie Sylaidos receives a cross-field ball on the right wing before cutting inside his defender, shooting with the right boot and curling an attempt inside the right upright from distance. 0-1

39′: CHANCE YOUNG ROAR: An elusive run from Shannon Brady permits the winger to find Joey Katebian on the penalty spot with a floated cross. The Young Roar’s number nine can’t direct his header on goal and it goes behind for a goal kick.

48′: GOAL CITY: Daniel Arzani penetrates into the area at pace, beats a defender and blasts a powerful strike in the top corner at the near post. 0-3

51′: CHANCE YOUNG ROAR: Half-time substitute Joseph Champness almost makes an immediate impact, bustling his way through a crowd at the top of the area and drawing a fine save from Yaren Sozer.

59′: CHANCE YOUNG ROAR: Captain Cameron Crestani launches and lands a centimetre-perfect ball on the chest of Joey Katebian who is through one-on-one with Sozer but can’t keep his shot down.

60′: CHANCE YOUNG ROAR: Brady is the next to test the City keeper from acute angle. His original shot is saved before Brady cuts back to Champness whose scuffed shot still forces a lunging save from the City stopper.

76′: CHANCE YOUNG ROAR: Another delightful lobbed through ball finds Katebian running in behind the City line and yet again Sozer saves well.

85′: GOAL YOUNG ROAR: Joey Katebian is found in behind the line again with a terrific through ball and this time he buries a well-struck shot into the bottom corner. 1-3

93′: GOAL CITY: Lucas Portelli launches an audacious attempt from close to the half-way line which beats Bilic and dips in just under the bar. 1-4 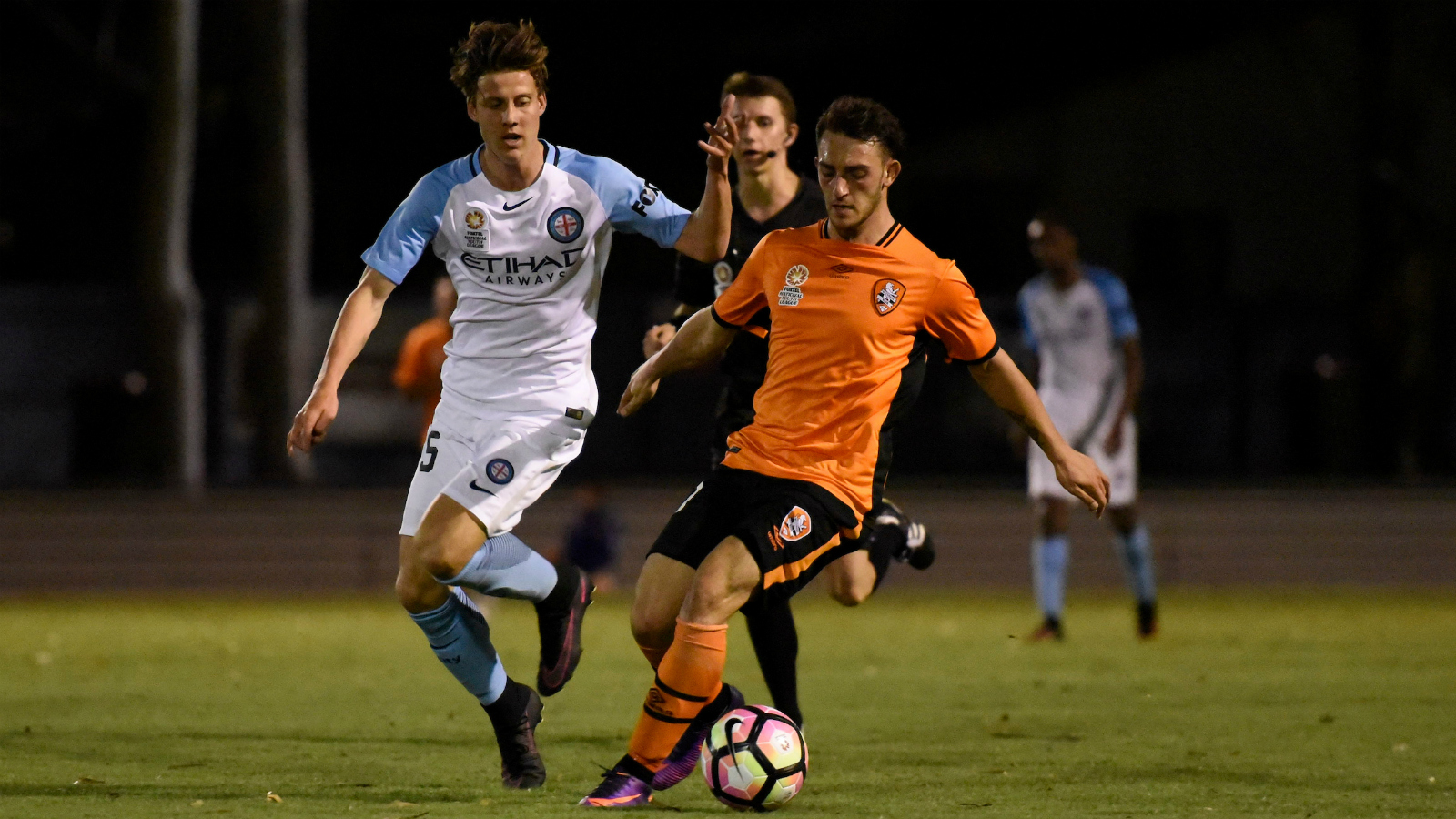 The Young Roar have a Christmas break before travelling to Melbourne to face City again on Monday, 2 January at C.B. Smith Reserve (3:30pm KO) before the side’s final home match of the season at A.J.Kelly Park on Sunday, 8 December (10:30am KO). 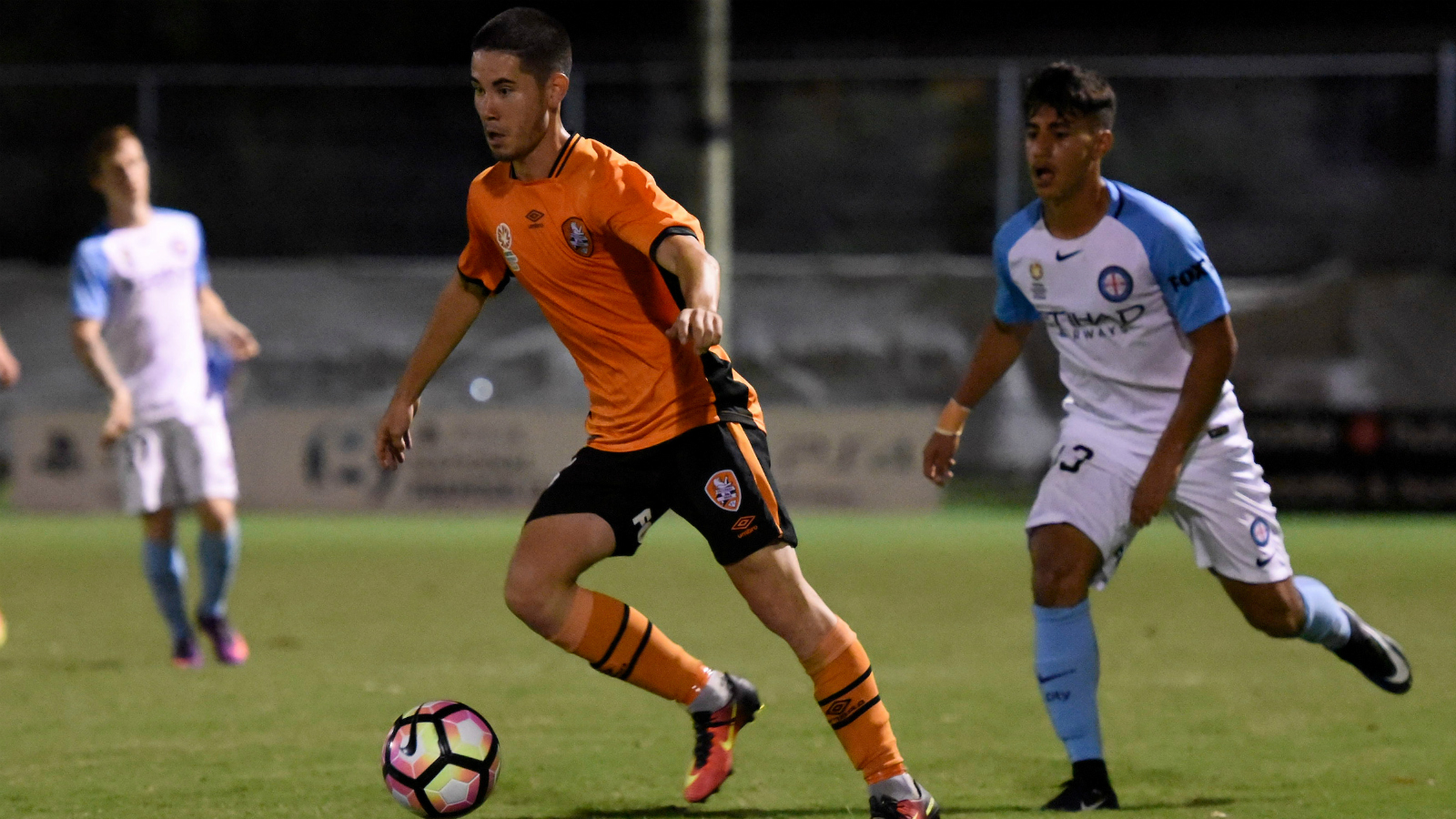