There was Brisbane Roar DNA inter-twined all over last night’s pre-season friendly with Hyundai A-League Champions Melbourne Victory on the Gold Coast.

Victory marquee player Besart Berisha, still a Brisbane favourite, chatted for more than 20 minutes on the field after the match with his close friend and Roar marquee Thomas Broich.

Roar keeper Michael Theo, a former Victory player, shook the hands of many of his Melbourne friends as did the Victory’s Kosta Barbarouses with those he knew from his time in Brisbane.

And earlier in the day, Socceroos coach Ange Postecoglou – a former Roar and Victory boss ­– had named Brisbane captain Matt McKay as one of just three Hyundai A-League players in his 23-player squad for Australia’s next round of FIFA World Cup qualifiers.

But it was possibly the most unexpected product of Roar-Victory DNA cross-over who put his footprint on the game with the deciding goal in the 71st minute at Fankhauser Reserve.

Defender Jason Geria played in the Roar Youth team before following Postecoglou from Brisbane to Melbourne. In three seasons since, the 22-year-old has played 33 Hyundai A-League games and never found the net.

But last night, Geria – a right fullback ­–­ somehow found his way to the far left post on a Victory freekick from 25m on the right after Berisha had been fouled for the second time in a handful of minutes.

The two tackles were an abrupt welcome-back message that saw tempers briefly flare and underscored the deep veins of competitiveness in both teams –­ no matter how much Orange you may have worn previously.

The Roar defence, which had been solid throughout despite the Victory dominating possession for periods, repelled the initial shot from Jesse Makarounas but the ball fell tantalisingly at the unmarked Geria’s feet.

His shot wasn’t powerful or well-placed, after all he is a defender, but it was on target and a slight deflection took it into the far corner of the goal and well out of the reach of Brisbane keeper Jamie Young.

See the goal by clicking here 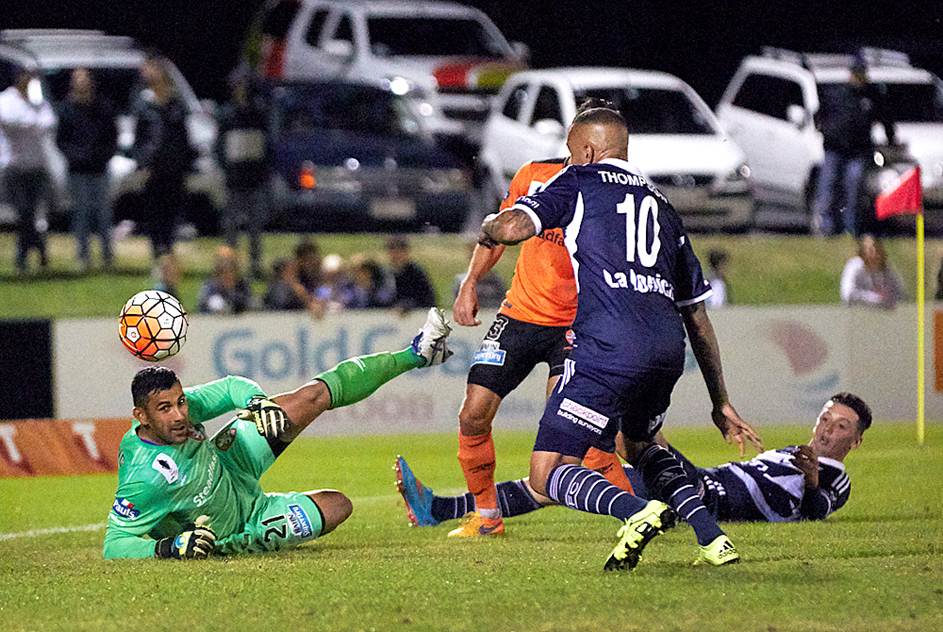 Afterwards, both coaches agreed the result was unimportant in what was a good hit-out for both clubs with the Hyundai A-League 2015/16 season start still a month away.

The Roar had an early penalty appeal turned down, Jamie Maclaren had several close sniffs and a Dimitri Petratos overhead kick from the edge of the box deserved more.

But on the other hand, Victory veteran Archie Thompson was within a bootlace of toe-poking into the net two minutes before the break as the ball rolled across the Roar goalmouth and Berisha sliced though a flat Roar defence in the 79th minute but put his shot into the side netting.

“It is pre-season and we still have key players out  . . . they had their best XI out. I am very pleased with the way we performed,” Roar Head Coach John Aloisi said.

Victory Head Coach Kevin Muscat was pleased with his side’s efforts so early in the new season and praised the high-tempo Roar style that Aloisi has introduced since his move to Brisbane just two months ago.

“They were quite tight . . . (and have) some energy in that front third now.  I thought it was a good hit-out played in the right spirit. It was a good game,” Muscat said.

Ticketing information for those games will be announced soon. 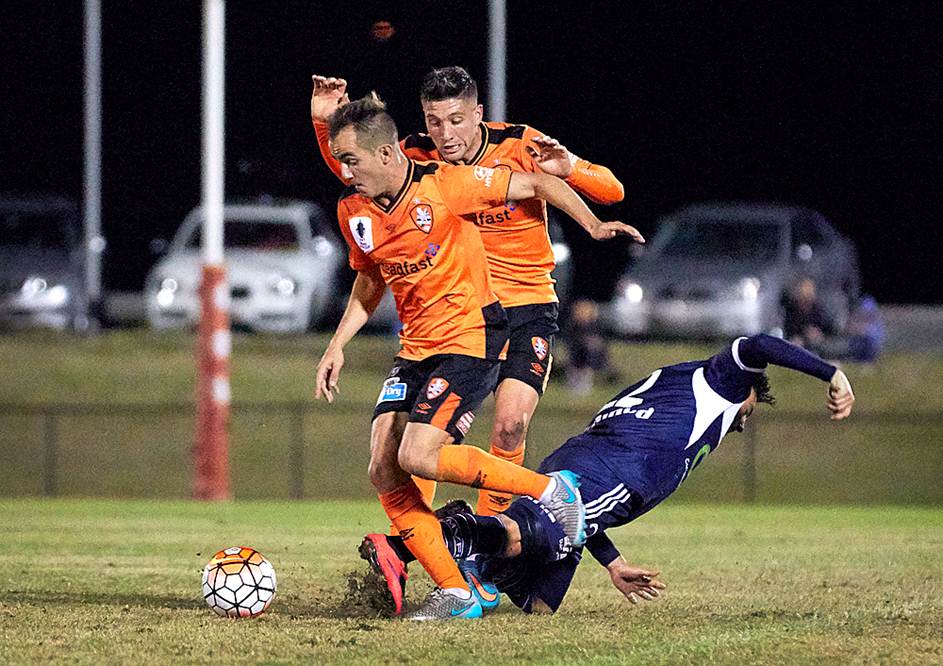