Four Brisbane Roar players have been named in the Westfield Young Matildas squad to contest the AFC Under-19 Women’s Championships in Nanjing, China, later this month.

They are defender Angela Beard, goalkeeper Teagan Micah and strikers Larissa Crummer and Sunny Franco. The girls are all members of the Roar W-League and WNPL squads.

Former Roar player Ayesha Norrie, who now plays with Colorado Pride in the United States, is also included in the 23-player Australian squad.

Brisbane Roar W-League Head Coach Belinda Wilson said the selections were a fantastic achievement for the players and the club’s development program.

“It shows that the effort and time that players have put in during the off season has been rewarded and highlights the high standards within our senior and WNPL squads,” Wilson said.

The Young Matildas selection is particularly sweet for Crummer who was among seven Roar players in the Matildas squad which reached the quarter-finals at the recent FIFA Women’s World Cup in Canada.

Wilson said the four Young Matildas selections were a timely encouragement for every Roar player.

“The whole squad is excited that four Roar girls have made the Young Matildas squad and it’s a great opportunity for Ayesha who went to the US to play for a few months to come back for her first U20 camp and make the squad,” she said.

“We wish them all the best in China. They will do us all proud.” 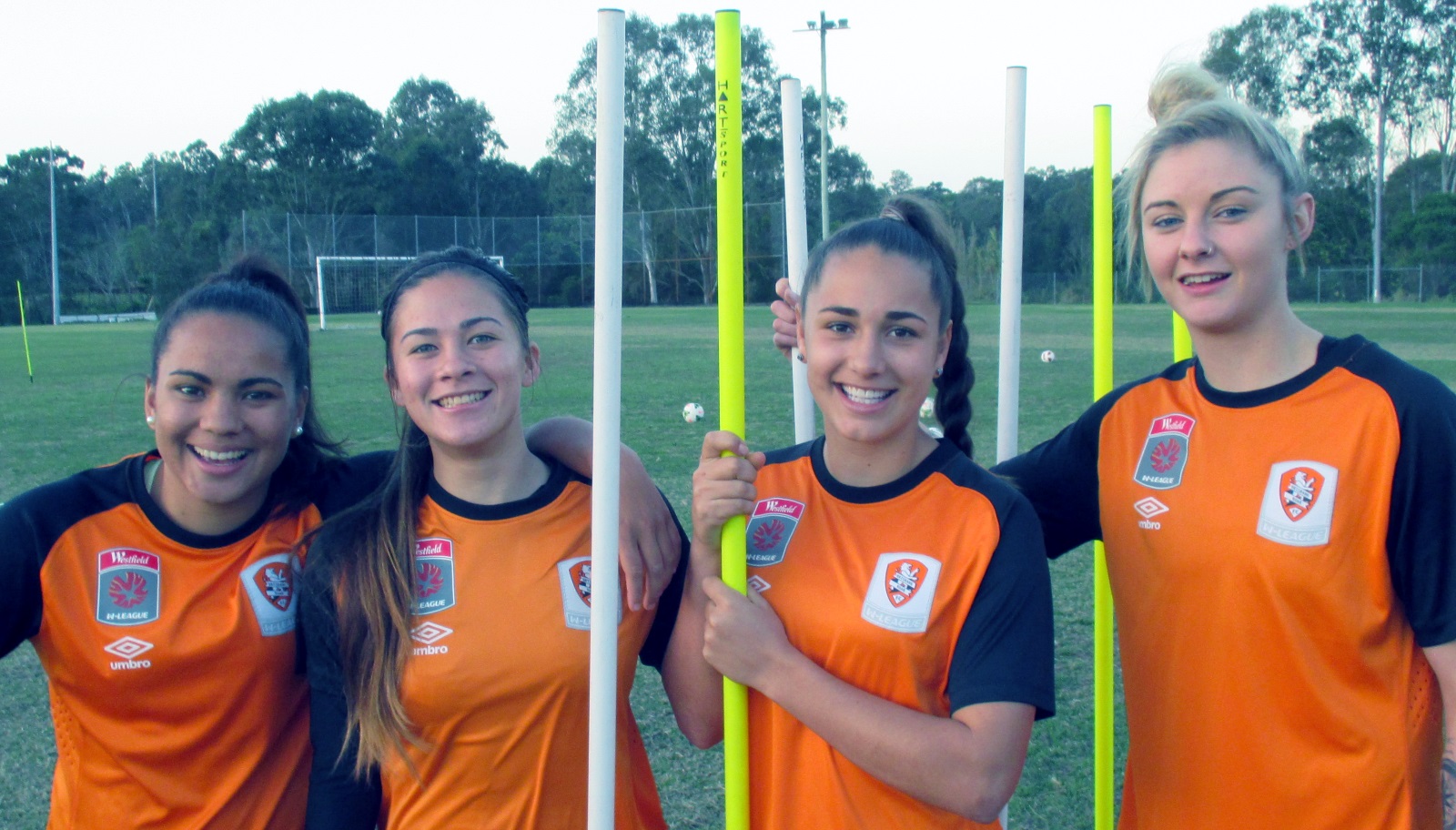 The tournament in Nanjing, from 18-29 August, also doubles as the qualifiers for the FIFA Under-20 Women’s World Cup in Papua New Guinea next year.

To reach the Under-20 World Cup, the Young Matildas must finish in the top three at these eight-team championships.

Other countries to qualify for the AFC Under-19 Women’s Championships are: China, Japan, North Korea, South Korea, Thailand, Uzbekistan and Iran. The Westfield Young Matildas are drawn in Group A alongside hosts China PR, Japan and Uzbekistan.

“(It) is well balanced and has quality in every position on the field,” Juric said.

“Larissa Crummer, Emma Checker, Amy Harrison and Alex Chidiac have all represented the Matildas, while there are a number of exciting talented 15- and 16-year-old players who could be stars of the future.

“With 10 players eligible for the next Young Matildas campaign, this team is also one for the future and looking ahead to the bigger picture of becoming key players in our senior national setup.”

The Westfield Young Matildas entered a five-day camp in Canberra today. They depart for China on 13 August ahead of their first match against Japan at Jiangsu Training Base Stadium on Tuesday, 18 August.