Get to know Shanghai Shenhua

Ahead of our do-or-die AFC Champions League playoff, get to know our opponents Shanghai Greenland Shenhua F.C.

The club have played consistently in the Chinese top tier since 1982 and have often been amongst the pace setters of the competition.

Shanghai has finished second on no less than eight occasions in the Chinese league since 1991 with the one title, in 2003, subsequently stripped due to match-fixing. There have been five appearances in the AFC Champions League with one progression to the knockout stage in 2006.

The venue is one of few stadiums specifically constructed for football and is only of the only rectangular stadiums in China. In 2007, it hosted the final of the FIFA Women’s World Cup.

What to expect off the pitch

Shanghai’s a great city and the Hongkou Stadium is easy to get to, with its own subway station just north of downtown. There are plenty of restaurants and bars around the arena.

Inside, the famous Blue Devils congregate behind one goal and give their team impressive levels of support. Shenhua do not get the biggest crowds in China but in terms of passion, there are few better. 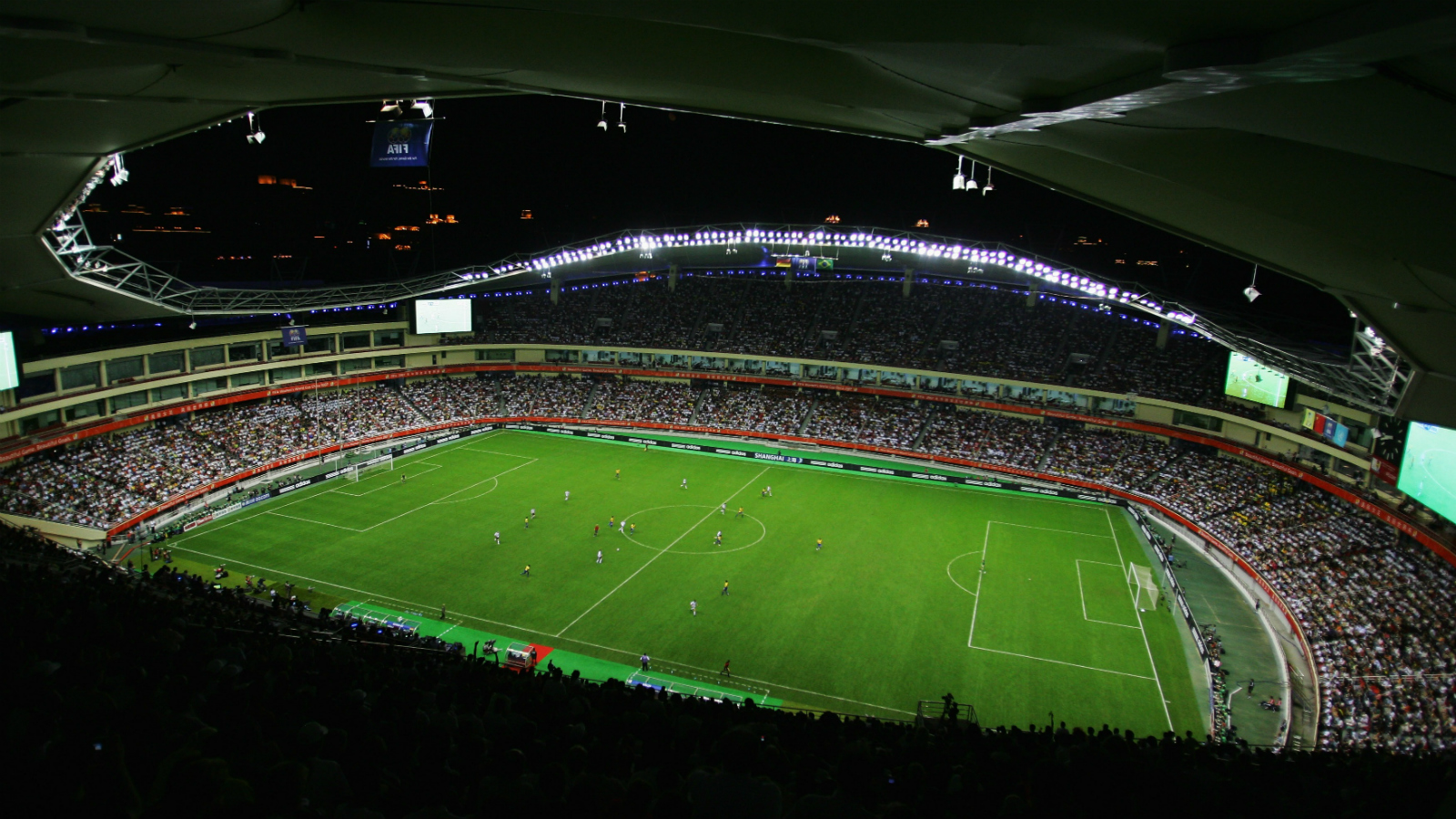 Shanghai should have made it to this stage of the playoffs but the Blues vacated the third spot held for much of the Chinese Super League season after a late win-less streak.

The fact that city rivals Shanghai SIPG jumped in made it all the more frustrating. Shenhua had some luck. The fourth place in China goes to the FA Cup winners but with the top two from the league – Guangzhou Evergrande and Jiangsu Suning – competing in the final, Shanghai’s fourth spot was, in the end, enough.

Carlos Tevez (centre below) (Forward) – Tevez became the world’s highest-paid player after signing in the off-season. The Argentinian has earned 76 international caps and has played at club level for Juventus, Manchester City and Manchester United

Obafemi Martins (Forward) – The 41-time Nigerian international will provide a handful for the Roar defence having experienced top-flight football in Italy, England, Spain and Russia.

Sydney FC are the only Australian opposition to have lined up alongside the Chinese club. The Sky Blues took two draws from their travels to Shanghai in the 2007 and 2011 AFC Champions League group stages and won both reverse legs down under. 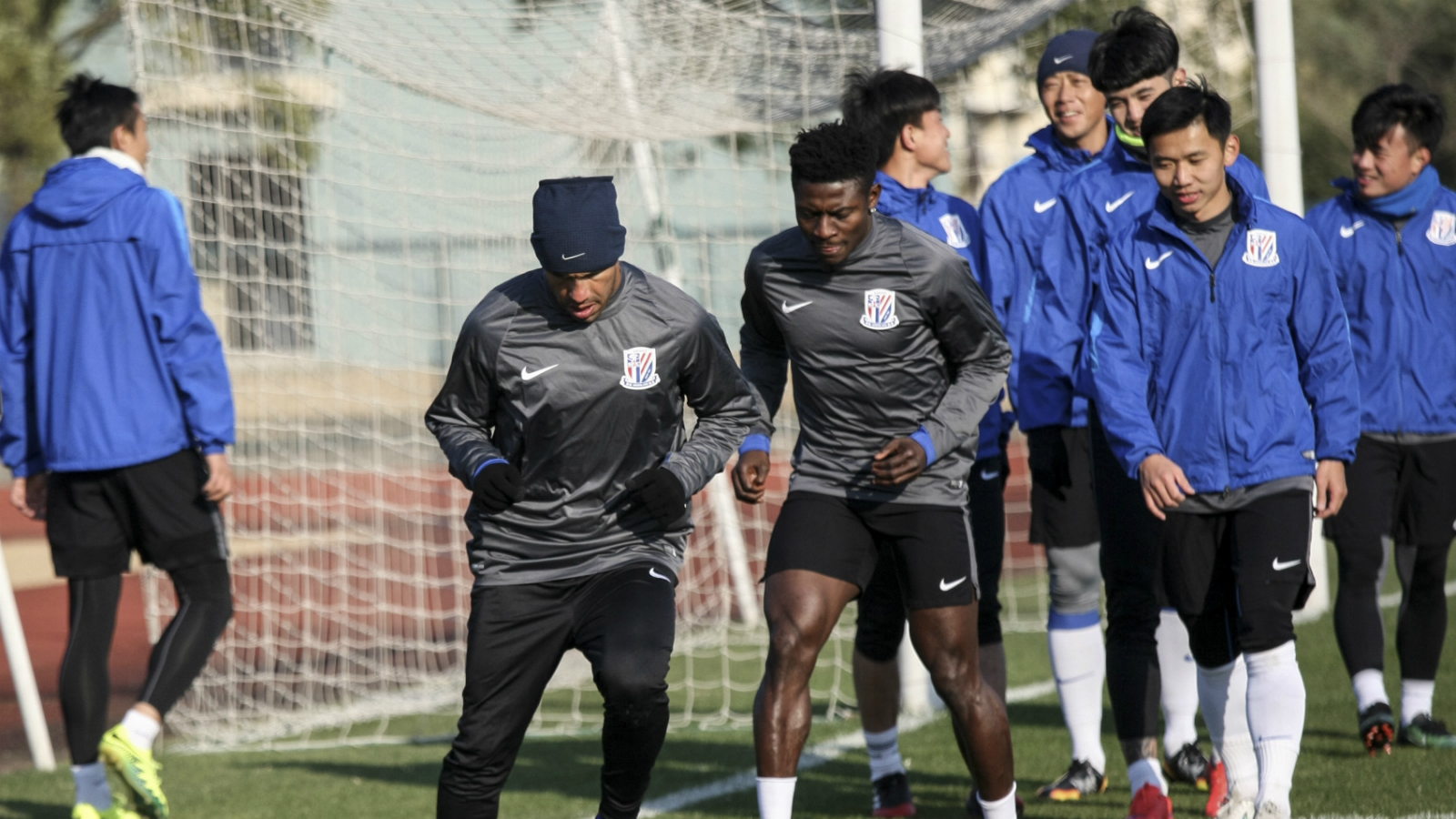 As this is a first competitive game under a new coach, fans are waiting to see how it unfolds.

In 2016, Shanghai usually played a 4-2-3-1 formation, sometimes a 4-1-4-1. The team was not the most adventurous in the league but with the firepower now available, there is going to be a commitment to attack.

Moreno pulls the strings in the middle and makes the team tick. Stop him and then Brisbane could pull off what would be something of a surprise.

Shanghai Shenhua are currently in the midst of their pre-season preparations as the Chinese Super League season does not commence until April.

Shenhua haven’t played a competitive fixture since October 2016 and they ended the season with a four-match winless run.