Get ready to RAP

Here we come regional Queensland – the Pauls Roar Active Program (RAP) coaching and football skills clinics will be staged at venues from Maryborough to Mareeba from next week.

The clinics and community engagement provide a fun three hours for young footballers where they will be guided and encouraged by the Roar’s expert junior coaches.

The clinics include special small-sided games inside the Roar’s inflatable RAP field which ensures a safe, all-action environment to help hone key football skills among other young boy and girl footballers.

“Our community programs are so important – not just getting to juniors, but also in spreading the word about football across Queensland,” said the Roar’s Community Program Manager Andy Pinches.

For more information and to get involved, click here 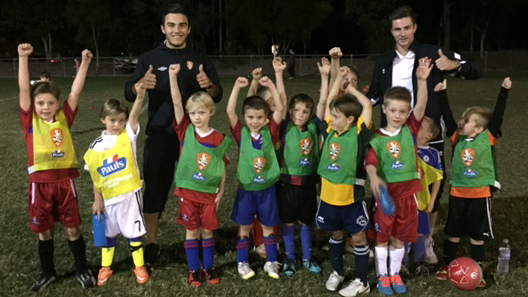 “I have received so many comments and great feedback from the event from both parents and kids!” Robina FC committee member Nick Milan wrote afterwards.

“You ran an excellent program and the kids were absolutely loving their time throughout! They were continually entertained and kept interested and were all very excited the whole time.”

And one parent, who had two boys at the clinic, also emailed his thanks to the Roar’s Pauls RAP team after the Robina clinic.

“There was such a positive ‘vibe’ throughout the clinic and you could tell the boys and girls were immersing themselves in the opportunity, absorbing everything the coaches had to offer,” he wrote.

“Particularly impressive about the clinics was the pace at which the coaches operated throughout the three hours. A constant, relevant, disciplined and structured experience that engaged all involved. It was FUN.

“It is a credit to Pauls management that they have the vision, initiative and means to support soccer and the general community through the Paul’s Roar Active Program. What a wonderful company, and they have been so for many years.” 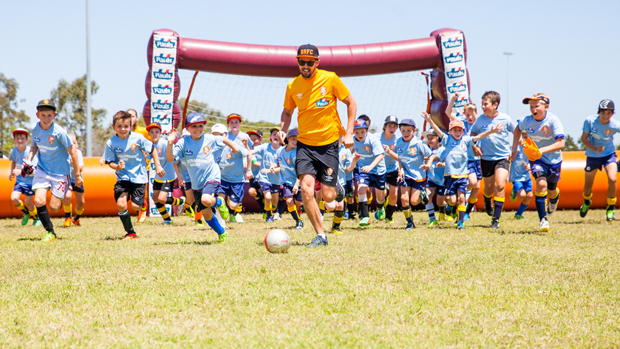