An experienced Perth Glory Youth side have proven too strong for the Young Roar who suffered a 2-0 defeat at A.J. Kelly Park in Sunday morning’s Foxtel National Youth League match. PHOTOS: Pat Kearney

Two goals in the first half from a Glory squad featuring a wealth of Hyundai A-League experience with players such as Rhys Williams, Aryn Williams and Joel Chianese proved the difference in the Young Roar’s final home fixture of the Foxtel NYL season.

Chances were a rarity for both sides who both managed to find dangerous spaces but lacked conviction in the front third.

The introduction of fresh legs in sweltering conditions during the second half saw the Young Roar finish the match on top. Joseph Champness came closest to finding the net for the hosts, thundering a bullet-like strike onto the post late in the second half.

Young Roar maintain their lead at the top of Conference A with one match remaining away to Adelaide United next Saturday. 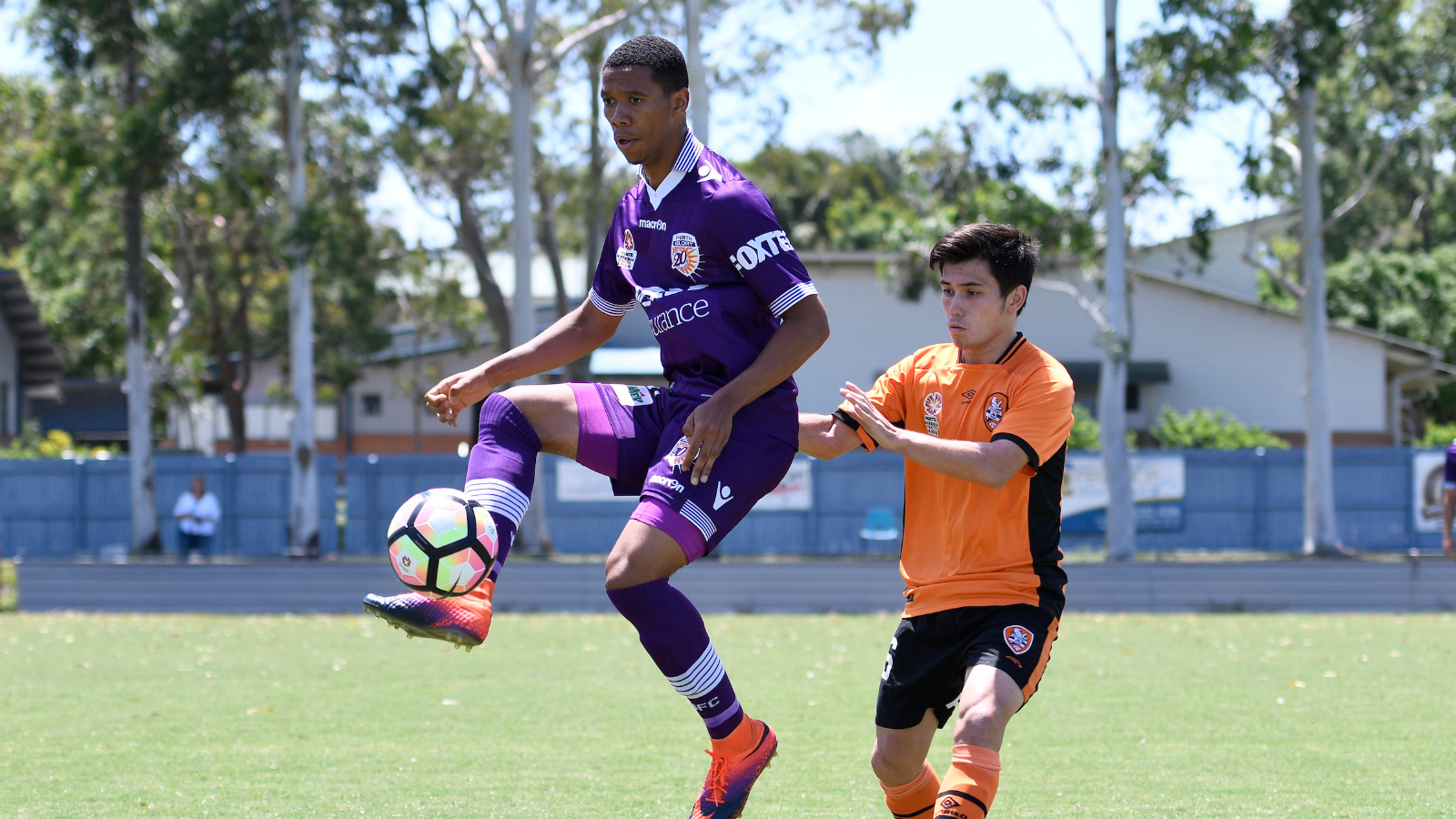 4′: GOAL GLORY: Kosta Petratos opens up space to shoot on his right poot and curls the first shot of the gamer across goal which finds the net off the underside of the cross bar. 0-1

32′: GOAL GLORY: Joseph Knowles squeezes a shot past Tomislav Bilic and the Glory double their lead. 0-2

56′: YELLOW CARD GLORY: Rhys Williams isn’t pleased with a decision going against the big defender and his comments earn him a caution.

57′: CHANCE YOUNG ROAR: Nicholas Panetta strikes the dead ball from the edge of the area but fires way over the bar.

60′: YELLOW CARD YOUNG ROAR: Petratos is fouled strongly by Cameron Crestani under the noses off the benches and the Young Roar captain receives a yellow card.

65′: YELLOW CARD GLORY: Fancy footwork allows Panetta to by-pass Dejan Spaseski but not before the Glory player grabs a fistful of the orange kit.

74′: CHANCE YOUNG ROAR: Best chance so far for the hosts as Joseph Champness rockets a shot from the edge of the area into the left upright.

78′: YELLOW CARD GLORY: Nicholas Panetta speeds towards the area and is fouled on the edge of the box by substitute Scott Robertson. 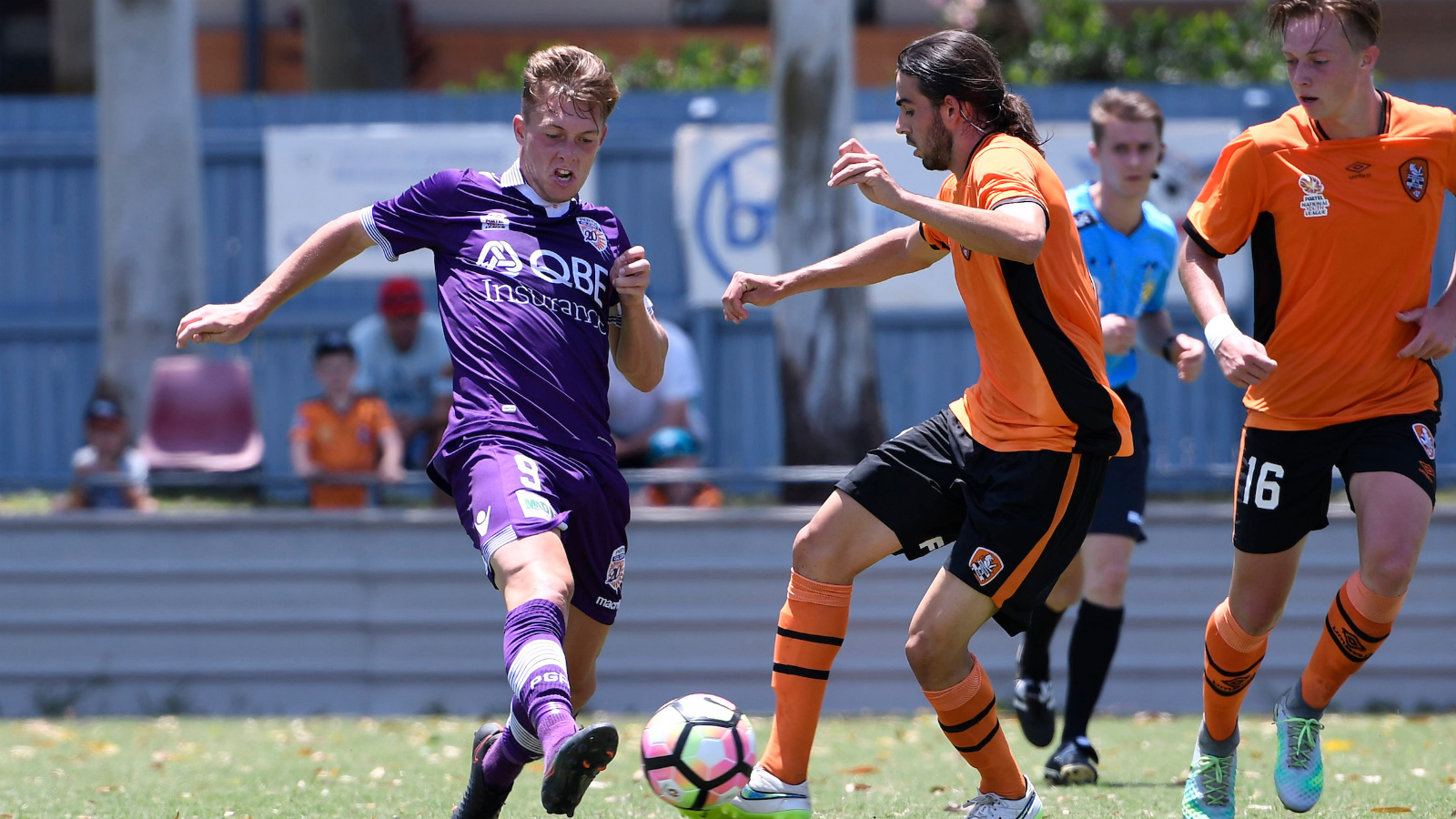