Happy to be underdogs says Polks

Roar Women’s Captain Clare Polkinghorne has labelled her side underdogs going into the opening round of the new Westfield W-League season.

But she has warned the Roar are primed to cause upset and are determined to play finals football again after missing out for the first time last season.

“Obviously last season was very disappointing. We didn’t put in the performances that were expected of our team,” Polkinghorne said.

“For the coming season there is a little bit of pressure off us. We are back being the underdogs and no-one really expecting anything from us and I think that works in our favour.

“We’ve just got to get our heads down, work week in and week out, and hopefully get some points on the board.”

Polkinghorne, who is approaching her 80th Westfield W-League game (eight goals), has had a busy 12 months.

She was a member of the Westfield Matildas squad who captured worldwide attention with surge into the quarter-finals of the FIFA Women’s World Cup in Canada then she played a season in the United States with Portland Thorns.

Last week she attended a Westfield Matildas camp in Canberra in preparation for a tour of China later this month.

The 26-year-old defender has very clear goals at both club and national levels.

“The W League is always a highlight of the year so hopefully we can put in a good showing on the weekend and get the season off to a good start. I think we’ve got a very good chance to make the top four,” she said.

The Roar captain and No.4 (in action for Australia below) is just as determined to win back a place in the Westfield Matildas Starting XI.

“I’ve got to work hard to get back into the starting team. We have important competitions coming up and I will be making the most of any opportunities I get,” said Polkinghorne, who was co-captain of the World Cup squad. 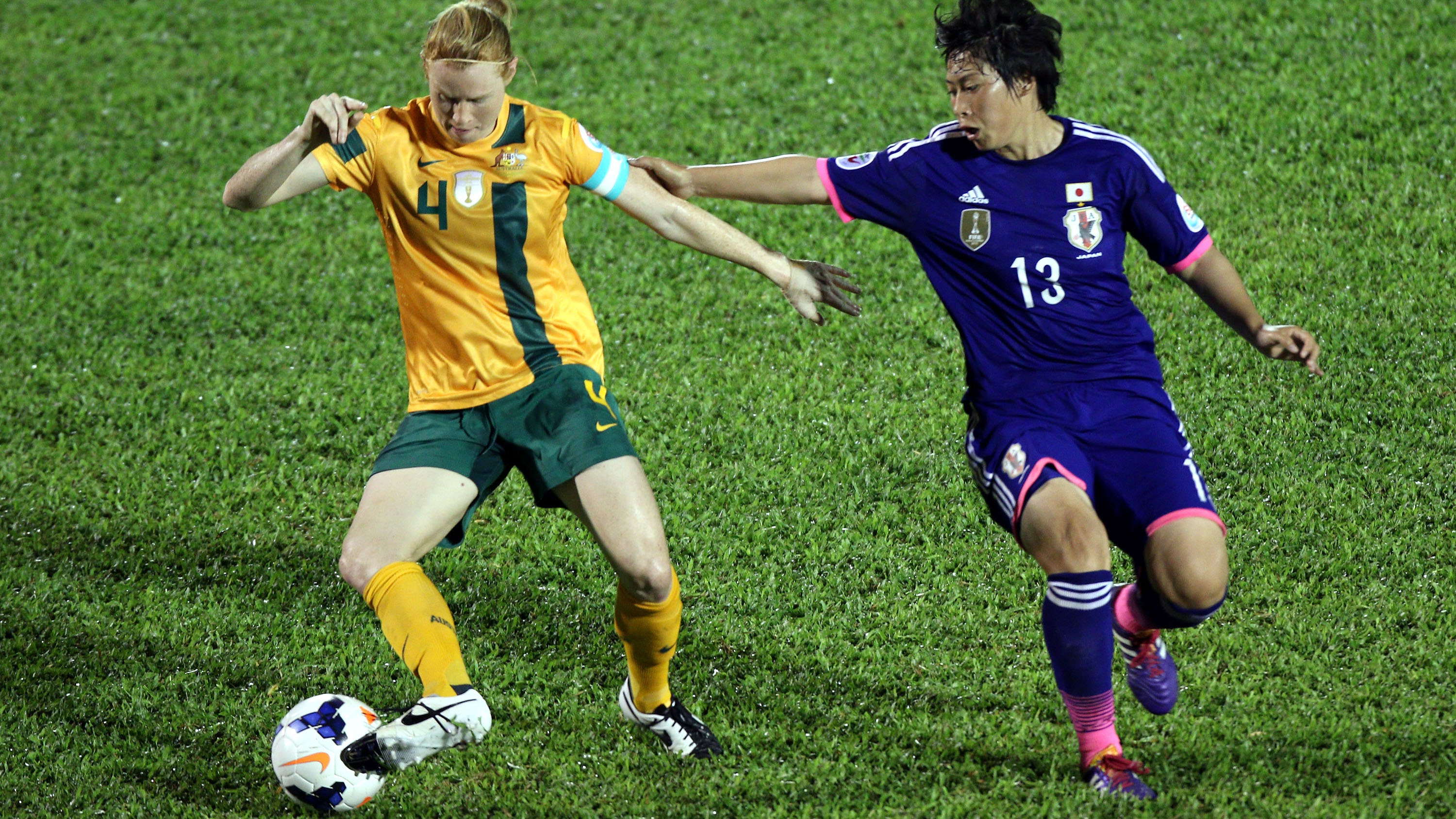 Polkinghorne, along with fellow Westfield Matildas Tameka Butt and Katrina Gorry, will be instrumental in helping the Roar’s many new players, several from the WNPL, adapt quickly to the higher intensity of the Westfield W-League.

“We’ve got a lot of fresh faces but we have a core leadership group who are very excited to pass their knowledge onto the younger girls,” she said.

Polkinghorne is also looking forward to teaming for the first time with American goalkeeper Haley Kopmeyer, who arrived in Brisbane on Monday.

The pair opposed each other twice when Polkinghorne’s Thorns played Kopmeyer’s Seattle Reign earlier this year.

“Haley has trained really and she has fitted in quickly. She is going to be an important addition to our team . . . she’s going to lead by example,” Polkinghorne said.

Roar Women’s Coach Belinda Wilson today named a preliminary 16-player squad with one to be omitted for Sunday’s game.

That could see as many as eight players make their Westfield W-League debuts for the Roar on Sunday.

All the Roar W-League players will return to the field at the conclusion of the Hyundai A-League match to take part in the full club photograph where patrons at the game will be invited onto the playing surface to join the men’s women’s and youth players in a giant photo shoot.