Officially starting the role a week ago, O’Rourke (below) is looking forward to helping unlock the huge potential of the world game in Australia.

“It is no secret that football is the most participated game, male and female in Australia,” O’Rourke said.

“The aim is to target and unlock a broader audience for the upcoming A-League and W-League seasons.

“Our focus is to engage the football participants in Australia and make sure they support their heroes both male and female on the field.” 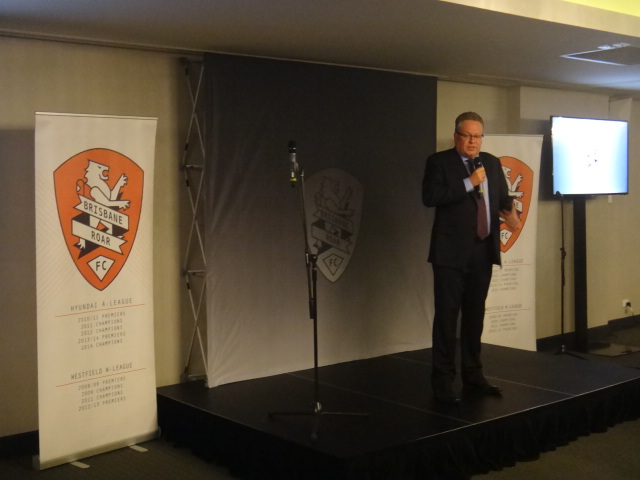 The Brisbane Roar Football Club will play a major part in the launch of both the upcoming Hyundai A-League and Westfield W-League seasons.

The Club’s Hyundai A-League side will open the new season on Friday, October 7 against Melbourne Victory at Suncorp Stadium while the Roar’s Westfield W-League side will kick-off season nine against Sydney FC at Dunmore Park, Auchenflower on Saturday, 5 November.

The new Head of A-League felt this was a unique and special opportunity for Brisbane and Queensland’s only representative in the Hyundai A-League and Westfield W-League.

“It’s important to start both the A-League and W-League seasons strongly and the Brisbane Roar will feature heavily,” said O’Rourke.

“It will all start on October 7 when the Roar will, in fact, be the stand alone opening match and only game on television that Friday night.

“Brisbane’s W-League team will also be the stand alone match for the launch of their season.” 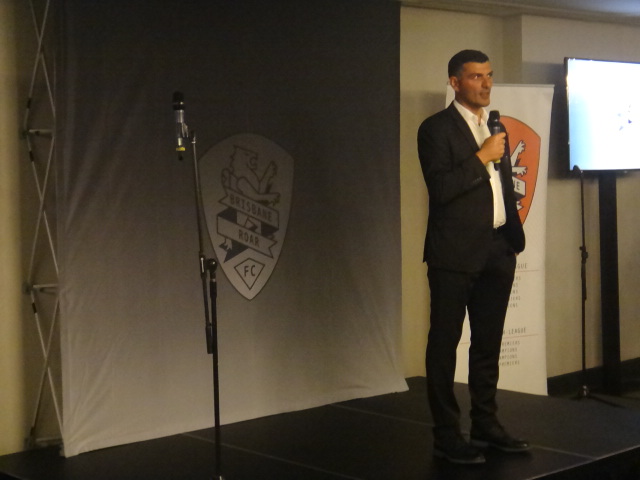 Pre-season preparations continue for Brisbane Roar’s senior sides as the build up for the upcoming Hyundai A-League season approaches.

Roar Head Coach John Aloisi (above)  was also in attendance last night and appreciated the continued support of the Club’s commercial partners.

“We are proud of the success we have achieved on the pitch but we couldn’t do it without the support of our sponsors,” said Aloisi.

“The players and I appreciate their commitment to our club.”