Holman found the net with two heatseeking missiles from outside the box, lifting Brisbane to a stunning comeback victory.

The win makes a home final in Brisbane a certainty, and Roar Head Coach John Aloisi is confident about the Roar’s chances in the finals.

“We’re confident that we can beat anyone, anywhere,” Aloisi said.

The match started horribly for Brisbane, as Roy Krishna put the Phoenix in front with barely five minutes on the clock.

The match then settled into a pattern of constant counter-attacks, until Holman pulled the Roar level with a fantastic strike. 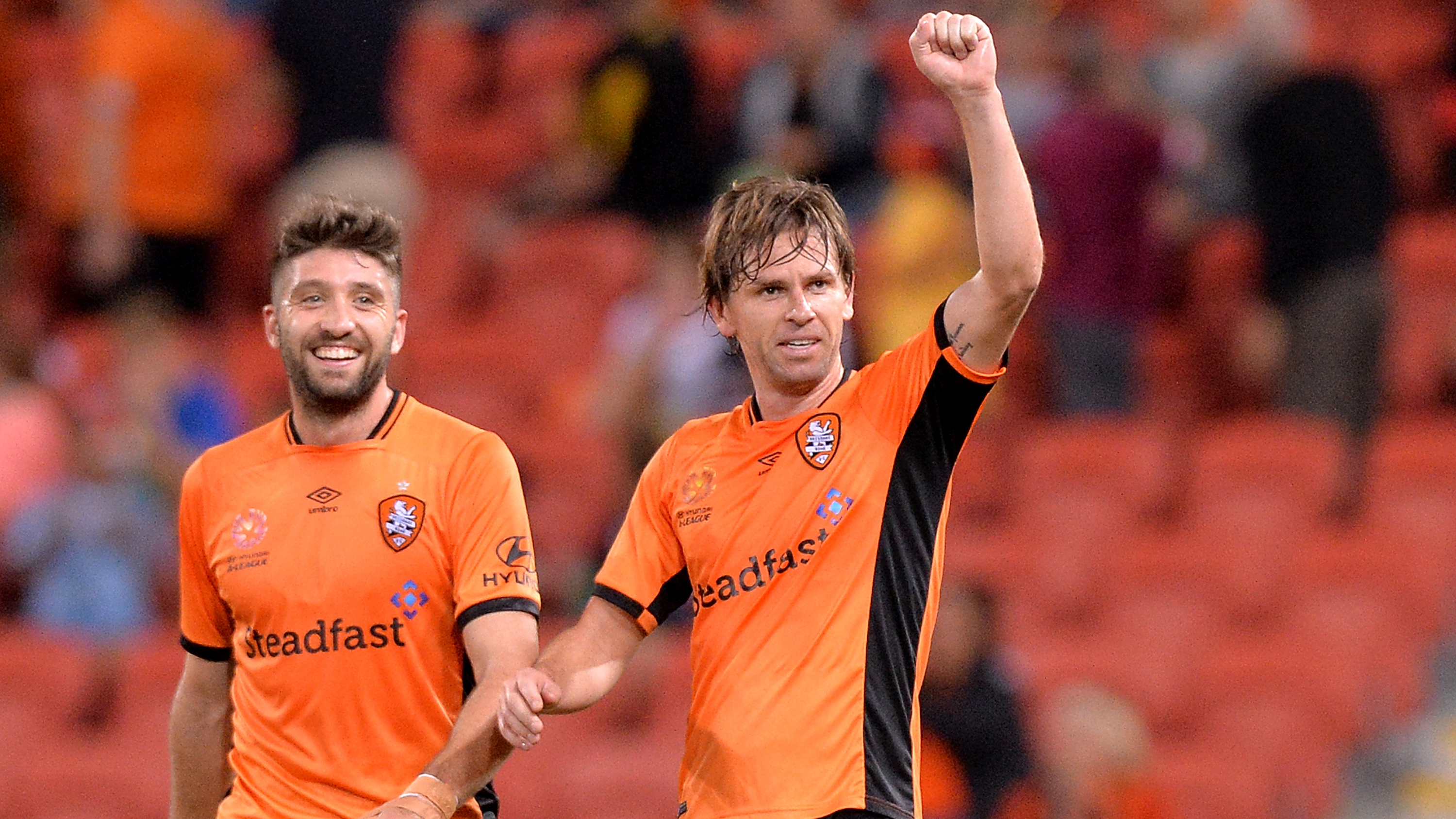 Holman picked up the ball just inside the Wellington half and strode forward, before unleashing a thunderbolt past the diving Lewis Italiano.

Holman was happy to contribute a double, but is already looking forward to knockout football.

“It was great to get on the scoresheet, I’m slowly getting my fitness back and I’m buzzing to be out there,” said Holman.

“The most important thing for us was the home final at Suncorp and we are buzzing to achieve that.”

“Brett’s a big game player. We knew he would bring that to our team,” said Aloisi.

“He can change a game of football, and he’s been doing it.”

The Roar had several half-chances to take the lead, but two defensive lapses shortly before the break left them staring at a 3-1 deficit. 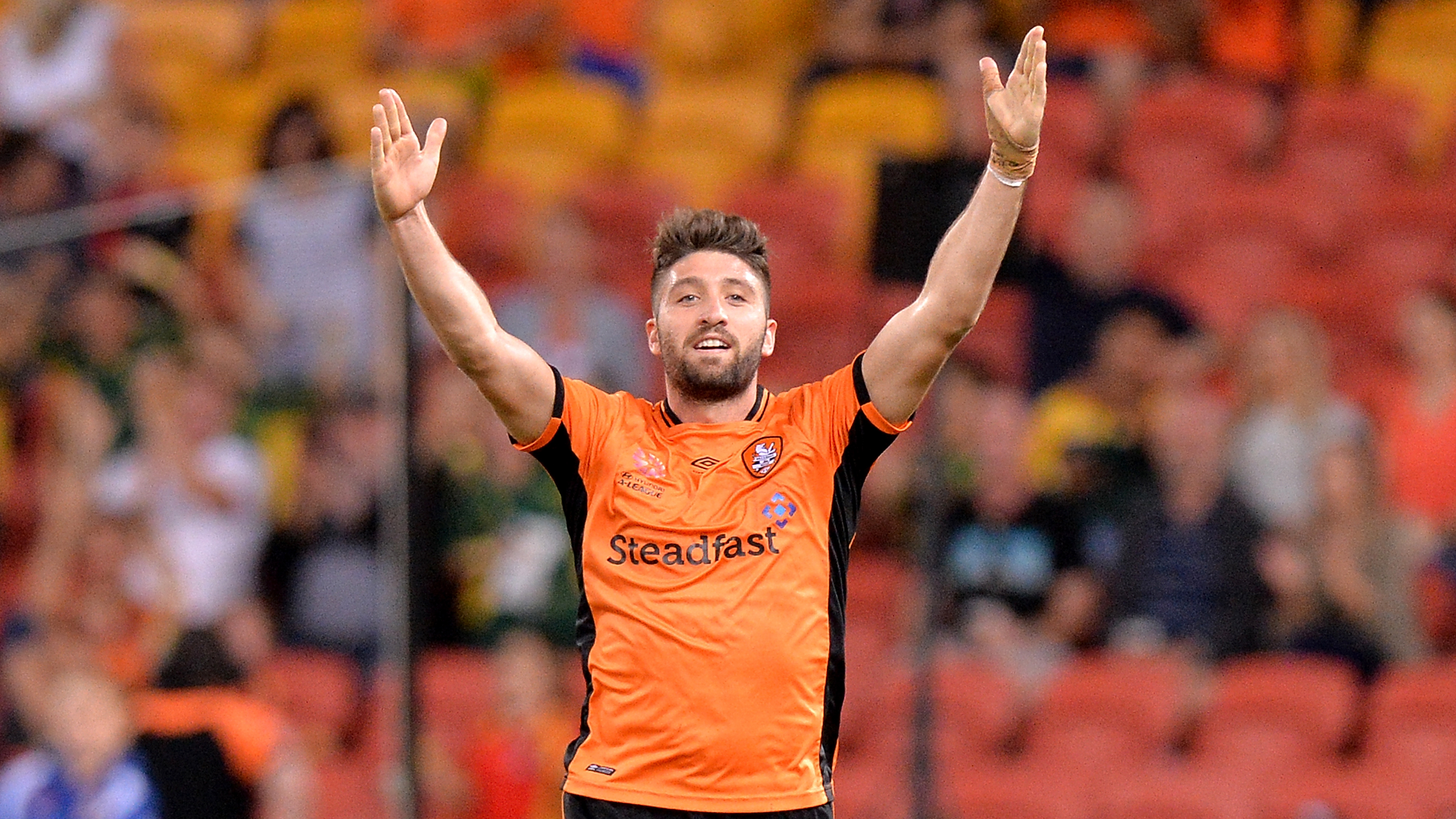 Finkler was allowed to ghost into the box unmarked to meet a low McGlinchey cross, before the two teamed up again barely three minutes later for Wellington’s third.

Cameron Crestani struggled to deal with Finkler’s deep cross and McGlinchey stole in to convert a simple chance.

Brisbane emerged from the break invigorated, and a three-minute burst early in the second half lifted the hosts level.

Brandon Borrello pulled a goal back for the home side with an exquisite effort, finding the bottom corner with a curler from well outside the box.

While that goal was a moment of pure magic, the Roar’s third was lifted straight from the textbook, as Jamie Maclaren converted a low Tommy Oar cross with a classic poacher’s finish.

The goal was Maclaren’s 19th of the campaign, placing him atop the Hyundai A-League goalscoring chart, level with former Roar striker Besart Berisha.

The Roar poured forward after the equaliser in search of a winner, and the deadlock was broken in stunning fashion by the inspired Holman.

Borrello spotted the No.10 in space outside the box and Holman needed only one touch, arrowing a fierce grasscutter into the corner to put Brisbane ahead.

There was late drama in the 75th minute as Jamie Maclaren had a penalty saved after he was brought down in the box by Wellington defender Vince Lia.

Despite some late Wellington pressure, the Roar secured the three points and once again showcased their never-give-up attitude. 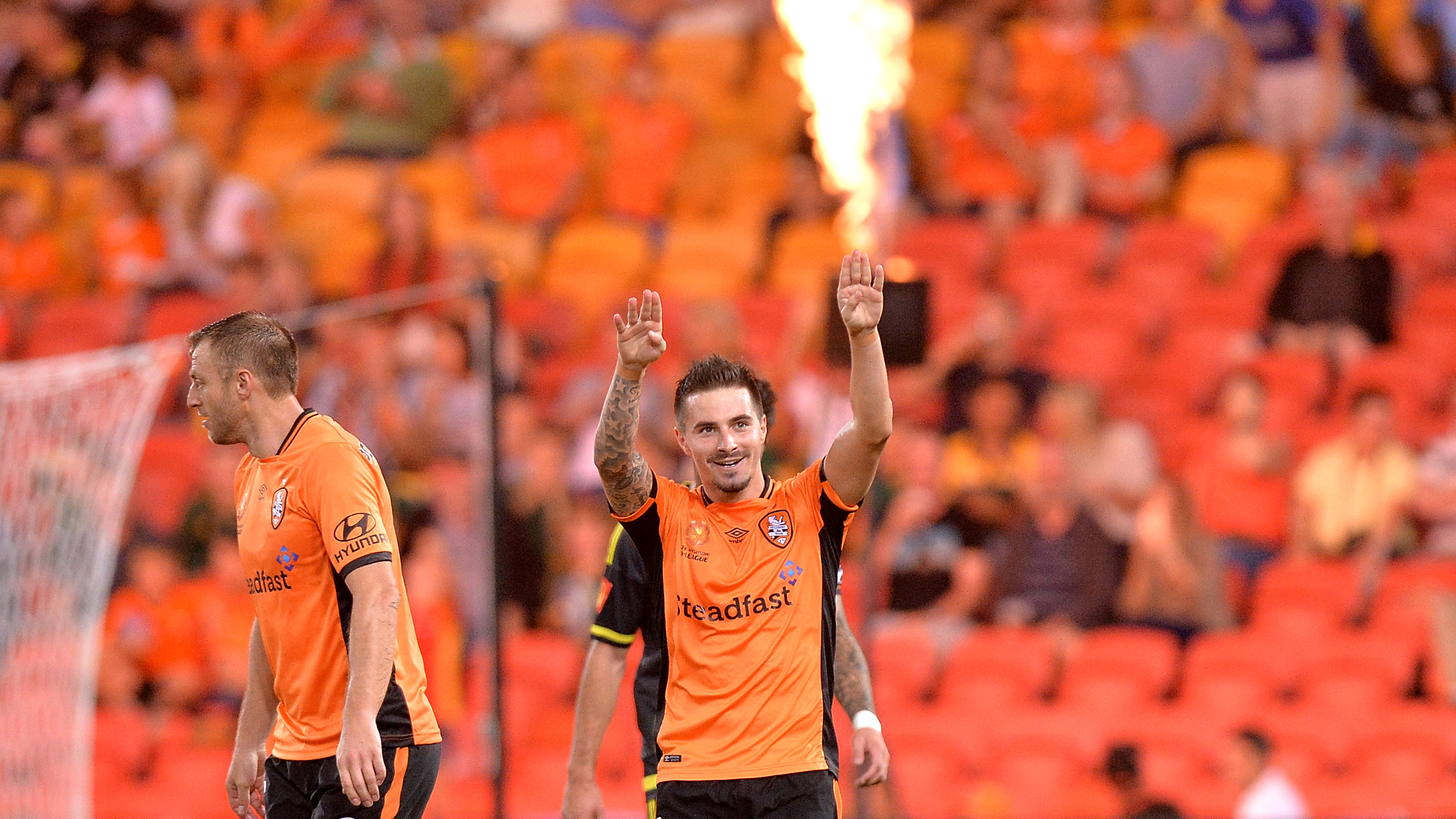 6′ : Roy Krishna races onto a Gui Finkler ball and clips a left-footed effort past Michael Theo.  0-1

21′ : Brett Holman pulls Brisbane level with a thunderbolt from distance. 1-1

38′ : McGlinchey darts a low cross in from the left and Finkler ghosts in to put the Nix ahead again. 1-2

51′ : Brandon Borrello halves the deficit with a delightful curling effort from long range. 2-3

67′ : Holman adds to his catalogue with a beautiful goal, finding the bottom corner with a fierce grasscutter. 4-3