The match was heading towards a third-consecutive 1-1 draw between these two sides before Holman, returning from an eight-week injury layoff, produced a moment of magic to grab Brisbane an important three points.

The late win followed a similar result last weekend in Wellington, with the Roar again refusing to accept anything less than a win.

“They give you everything, they never give up. They keep going and they find a way to win,” said Aloisi.

“It’s a team that’s got belief in what they’re doing and a team that believes in our football.” 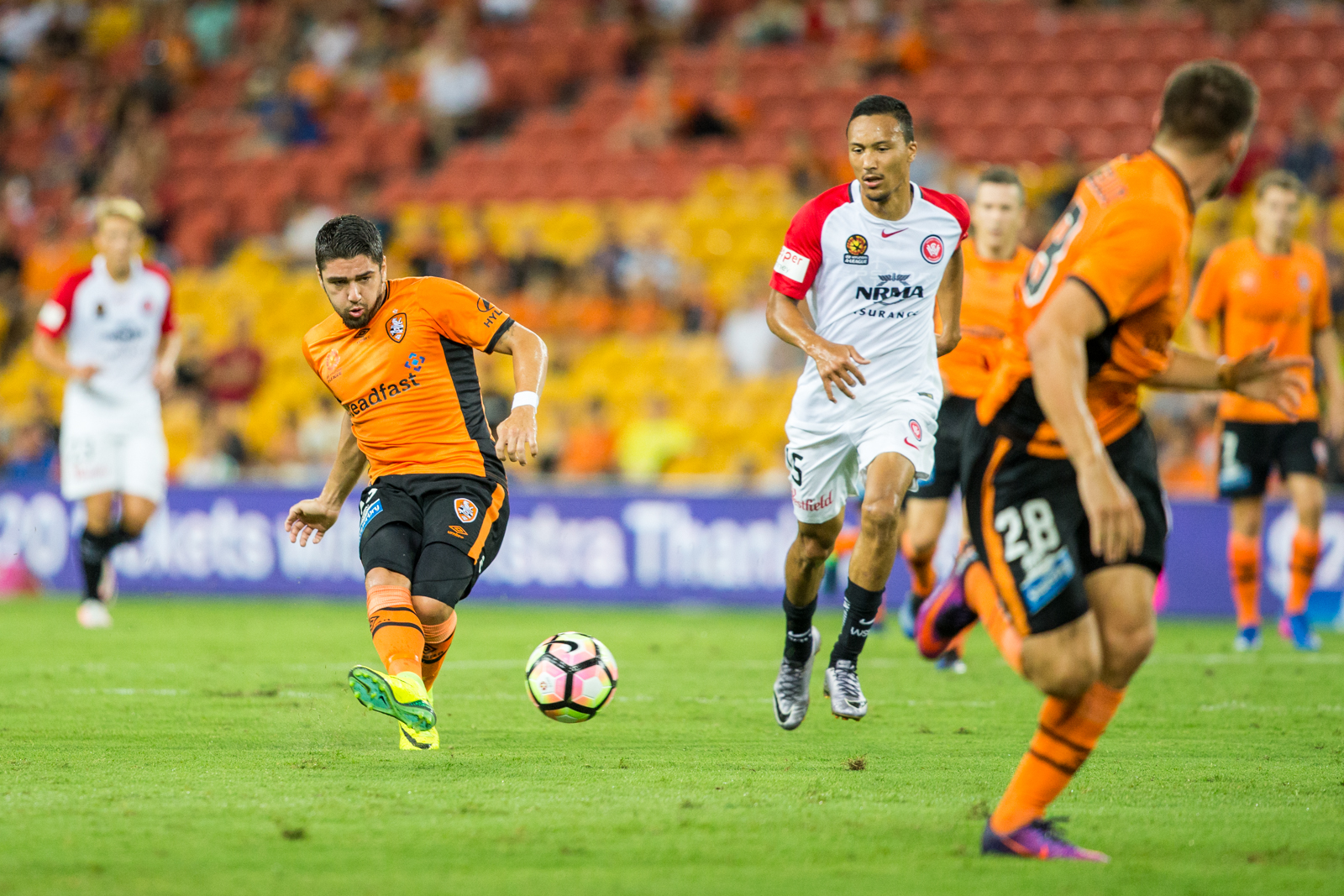 The Roar’s opener arrived from an unlikely source, as fill-in left back Daniel Bowles showcased his attacking flair.

Bowles burst onto a Thomas Broich back heel before fizzing in a dangerous left-footed cross. Jack Clisby’s attempted clearance cannoned off Jamie Maclaren and Brandon Borrello smashed the rebound home.

The Roar swept forward after taking the lead and looked certain to add to their advantage, as Borrello and Dimitri Petratos impressed.

The best chance for a second came when Matt McKay slid a perfectly weighted ball through to Thomas Broich, but Scott Neville clipped the German’s heels and was handed a yellow.

The resulting free kick led to nothing and the Wanderers capitalised on the reprieve, tying the match up five minutes later.

Mitch Nichols carried the ball on a counter before slipping it to Jumpei Kusukami, who took one touch and fired past Michael Theo. 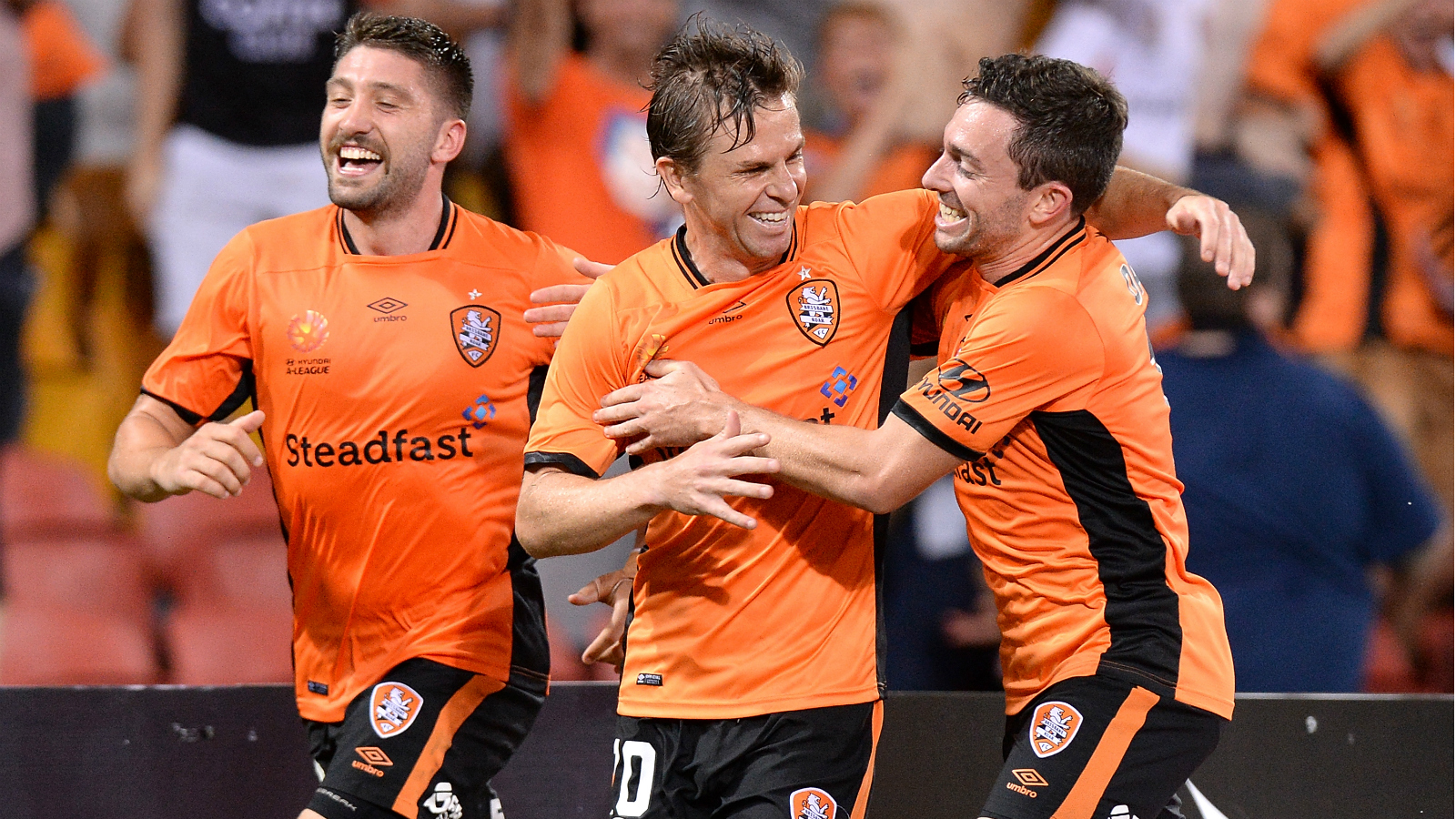 The second half was barely five minutes old when Broich found an unmarked Maclaren with a perfect chipped cross. The striker’s header let him down though and drifted wide of the post.

As the match entered its final stages the Suncorp Stadium crowd lifted and so did the Roar.

Chances came thick and fast in front of The Den as Borrello, Maclaren and substitute Tommy Oar all caused the Wanderers defence plenty of problems.

Roar’s Spanish import, Arana, was summoned off the bench and made an impact within a minute, luring Neville into a clumsy challenge that saw the Wanderers man receive his second yellow card.

There was more late drama at Suncorp with Roar goalkeeper Michael Theo (below) making a brilliant save to deny Brendan Santalab in the 90th minute keeping the contest level.

Arana flicked a quick throw into Holman and Roar’s No.10 did the rest, gliding forward and firing a fierce shot past Vedran Janjetovic to send the Roar faithful home happy.

The win moves Brisbane up to third position in the Hyundai A-league, as attention now turns to Tuesday’s AFC Asian Champions League qualifier against Filipino side Global FC. 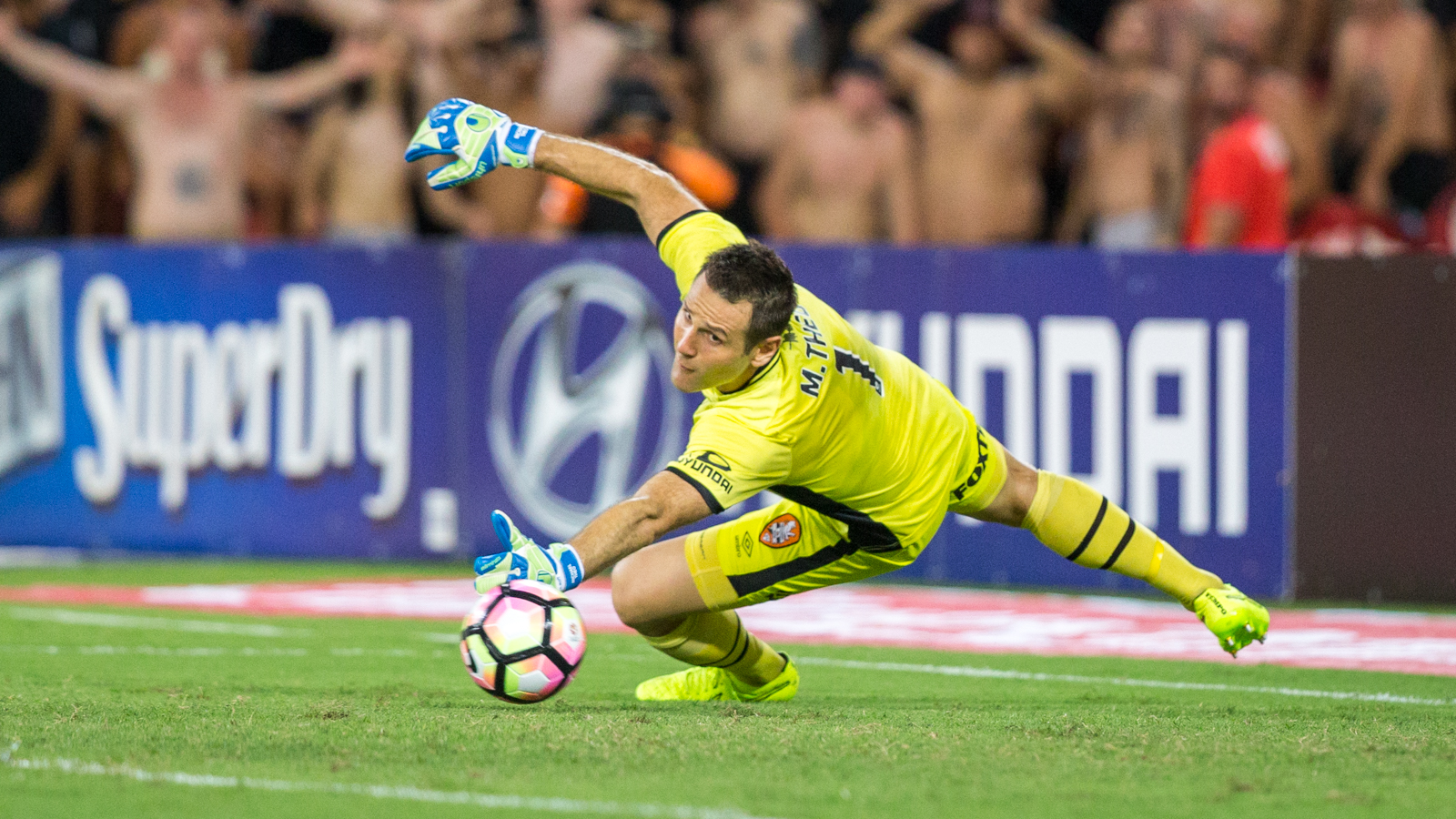 22’: Clisby fails to clear a Bowles cross and Brandon Borrello side-foots home to put Brisbane ahead. 1-0

32’: Jumpei fires past Michael Theo after a Mitch Nichols cutback. 1-1

90+3′: Arana releases Brett Holman with a nice back heel and the No. 10 fires an unstoppable shot past Vedran Janjetovic. 2-1

Brett Holman had been out of the Roar line-up for two months but the No.10 made an impact on his return, popping up just when the Roar needed him most to secure yet another late Roar win in front of the Den.

With three games in less than a week, Head Coach John Aloisi has stated he will make a number of changes for Brisbane’s AFC Asian Champions League qualifier on Tuesday. 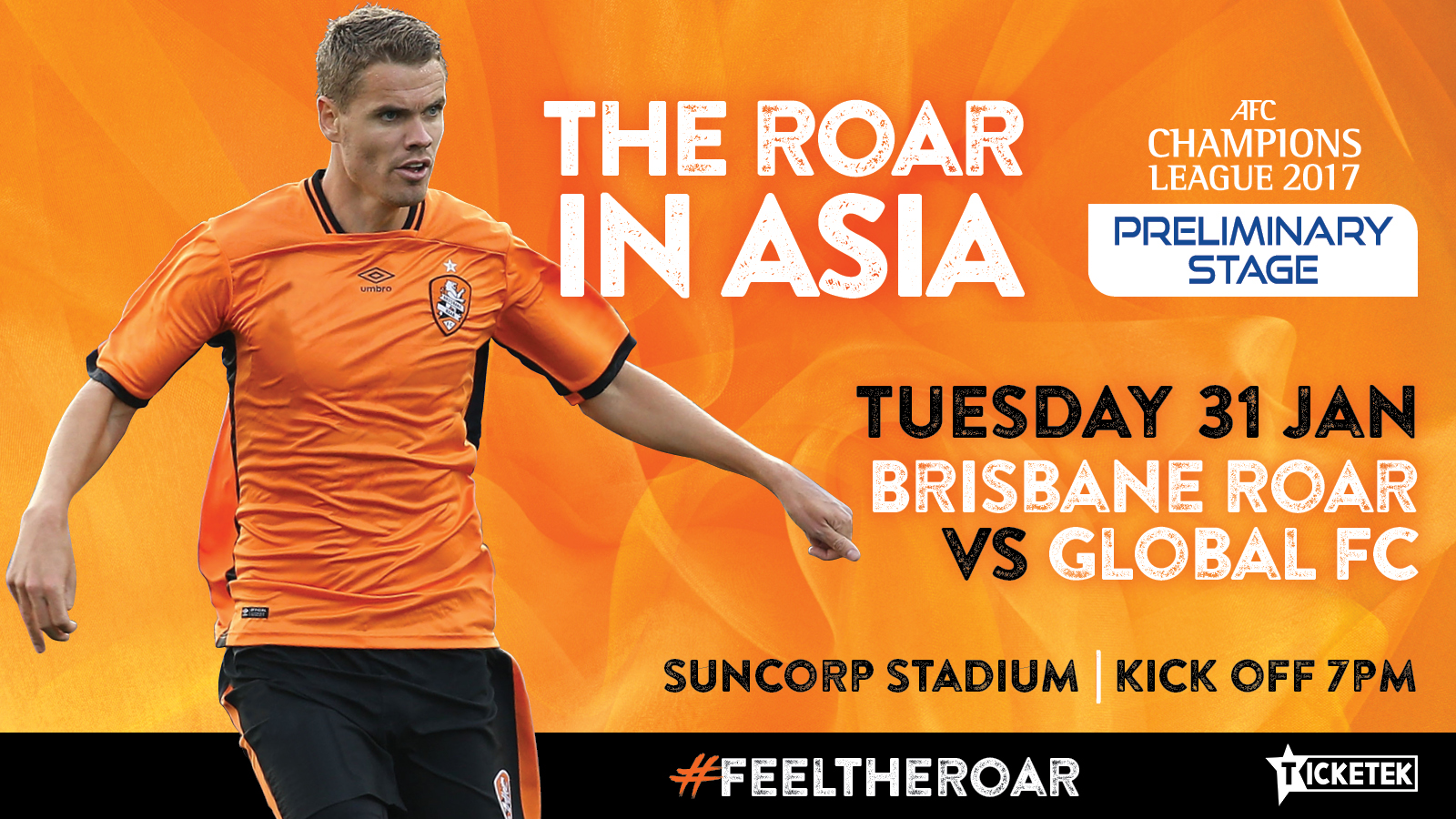 “Great to have Brett back. He’s such an important player, not only for the coach but also his teammates. He comes with a lot of qualities and you know he can win you football games.”

On changes for the upcoming ACL qualifier:

“There will definitely be a lot of changes on Tuesday night. We’ve got a good squad, we have to rotate and freshen up players. The majority will be in the frontline because they’re the ones that do the sprints.”