Roar Head Coach John Aloisi has urged his players to continue working hard to make Brisbane one of the toughest and unrewarding venues for visiting teams.

The Roar host Melbourne City in Round 7 of the Hyundai A-League tomorrow night at Suncorp Stadium (7pm kick off). For tickets, click here.

Aloisi’s side is chasing a fourth consecutive win at home.

“We just have to make sure we are at the top of our game to continue that run at home we’ve had because we want to make this one of the toughest places to visit,” he said.

“So far we’re getting there but we know there’s a lot of improvement to do.

“They look sharp again this week. It’s a good spirit and we want to make sure we take that into the game.” 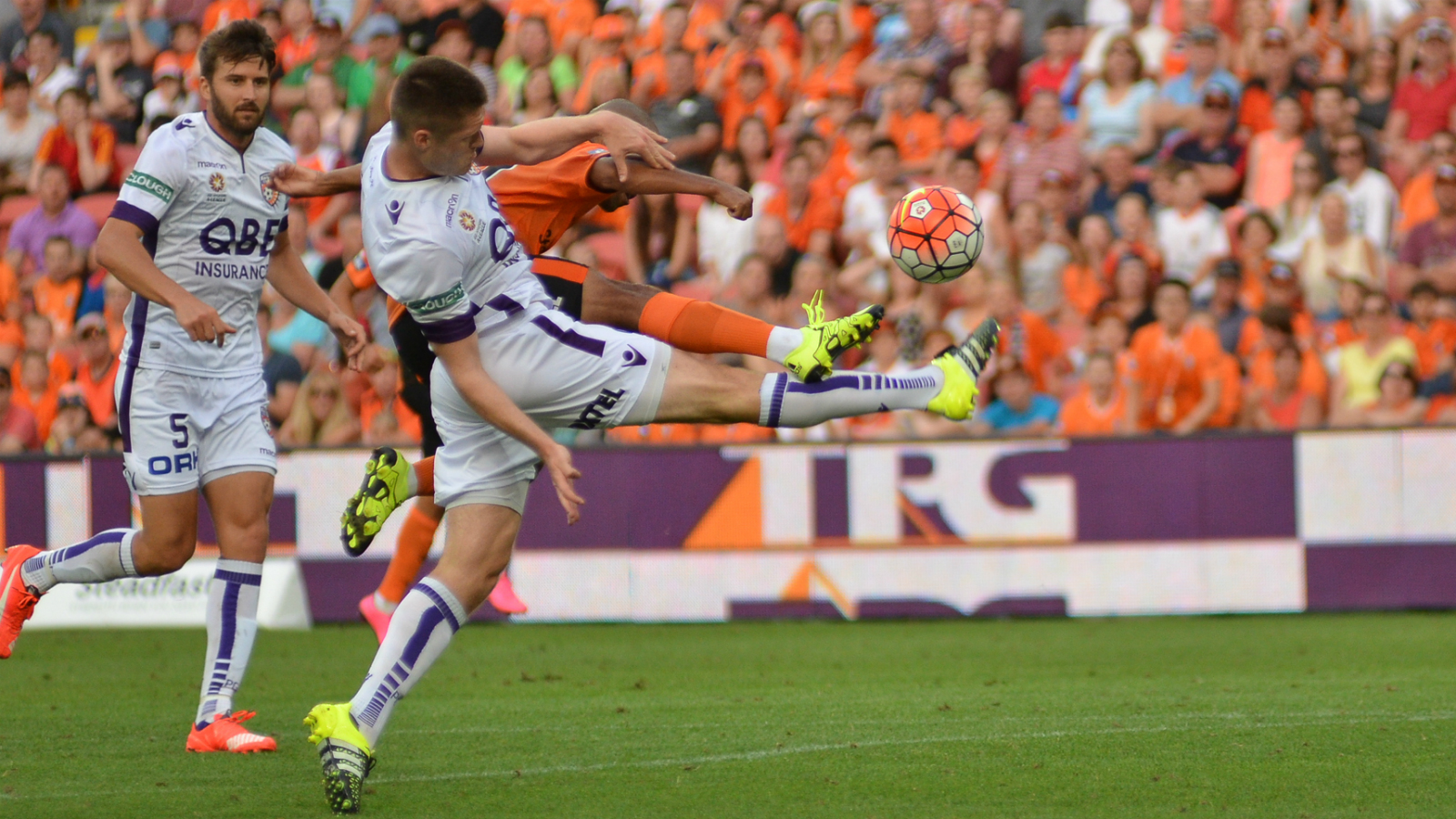 Aloisi today named an 18-player preliminary squad with two to be omitted tomorrow. It includes captain Matt McKay and striker Jamie Maclaren, who were on international duty last weekend.

The Roar Head Coach says having so many selection options is a headache he’s happy to have.

“Whoever I start I am sure they will do the job. I’ve got no worries about that,” he said.

“There’s opportunities (for players) every week, every game. We’ve got a strong squad and everyone is confident they will do well.”

Maclaren watched the game online while in Qatar with the Olyroos and praised his Roar team mates for using the squad’s depth to notch a 1-0 victory over Perth Glory last Sunday. 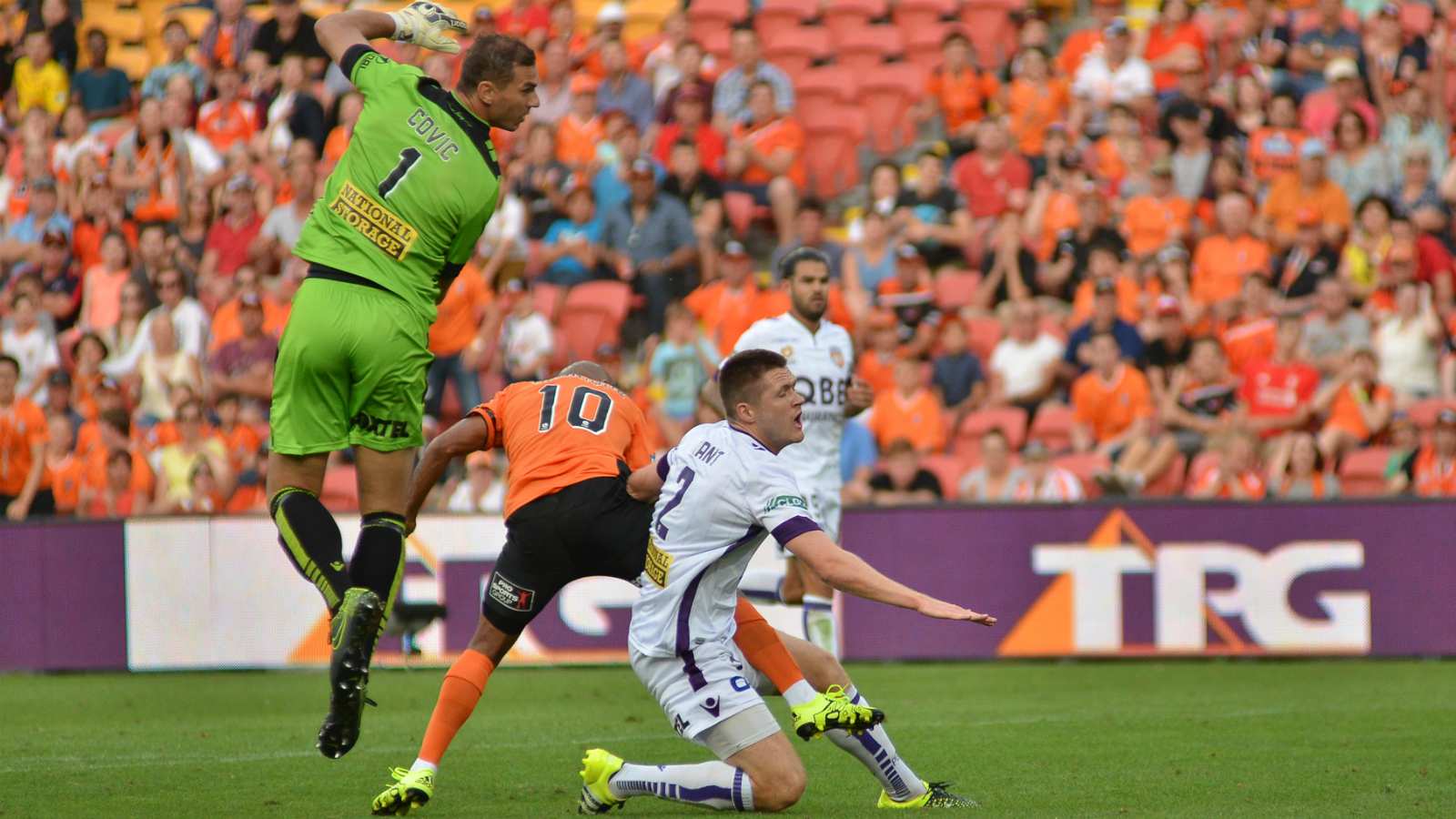 He said seeing Henrique return from injury to net the winner was an inspiration for every player in the squad (Photo sequence of the goal, above and below, by ANDREW SHAW – Visible Focus Photography).

“He’s an exceptional player, the fans love him. It’s great because the fans come to watch players like him and it gives us confidence going forward,” Maclaren said.

Melbourne City today named an 18-player squad that includes Ivan Franjic, who is on the comeback after a long injury absence. 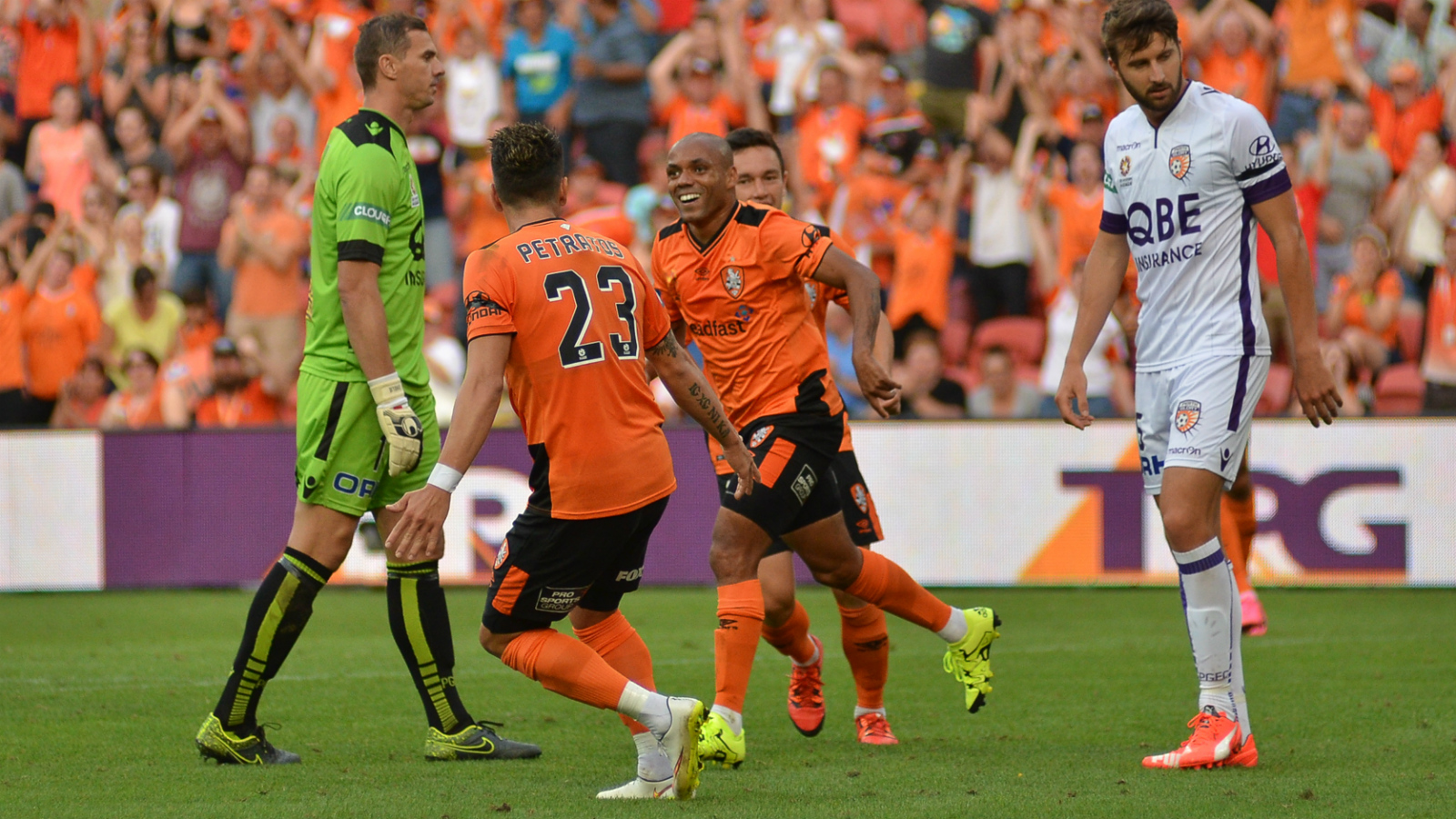 Join the conversation on Twitter using the hash-tag #BRIvMCY