When it comes to producing consistently on the big occasion, many Roar supporters would argue there’s no-one more reliable than the “Slippery Fish” himself, Henrique.

With five goals in eight Finals Series matches – including, memorably, a couple in grand final wins – he’s set to be John Aloisi’s go-to man if the game is tight against Melbourne Victory on Friday night at Suncorp.

‘Other teams fear us’: Oar talks up Roar

Simply, Henrique is the big-game player every side needs. 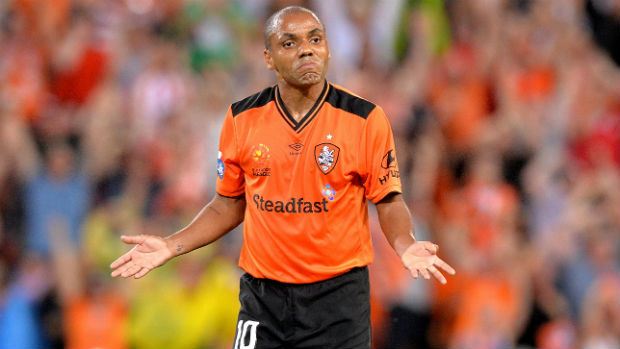 The pint-sized striker from Sao Paolo – full name Henrique Andrade Silva – spent his early career mainly at America Mineiro in Brazil, as well as playing at Dutch club Feyenoord for a season as a teenager, although he never broke into the first team.

But it’s in Brisbane where he has really found a home.

With the forward set to turn 31 next month, It’s hard to believe he’s been in the Queensland capital for almost six years, signed to the Roar by former coach Frank Farina.

And he has endeared himself to the fans over that time, helping the club achieve three championships and two Premiers’ Plate’s in the last four years.

Who will ever forget his goal in extra-time to propel Roar back into the dramatic grand final against the Mariners, before scoring the winning penalty in the shootout?

And he was at it again three years later in the club’s most recent triumph, his extra-time goal handing Roar the title with a 2-1 win over the Wanderers in the 2014 decider.

But Henrique’s loved not only for his goals and attacking exuberance but also his passion, character and beaming smile on the pitch. 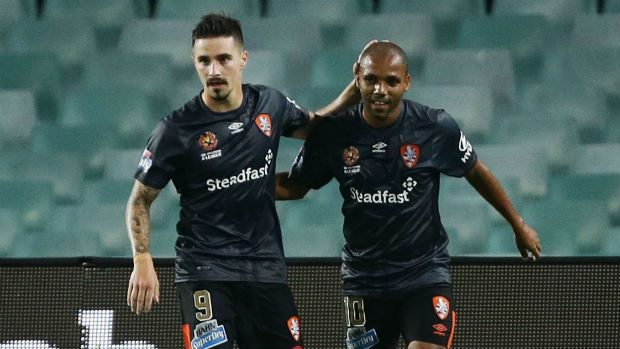 Even with all he has achieved with Roar in the past, Henrique may consider this year as his most fulfilling in Brisbane.

Not only has he become a naturalised Australian (and has two children that have both been born since his move to the Sunshine State) but things have been excellent on the field.

After being forced to undergo a knee reconstruction last year – and spending eight months on the sidelines – he made a long-awaited and emotional return in Round 6 against Perth Glory.

He marked the return by scoring the decisive goal in the 1-0 win at Suncorp when he slotted home after a clever release from Javier Hervas. Cue emotion and mayhem. And the goals have flowed for much of the campaign.

Despite being predominantly used as a substitute, Henrique is Roar’s second leading scorer [behind 18-goal Jamie Maclaren] with eight.

Impressively, those goals have come from just 18 shots while he averages a goal every 117 minutes of action this season.

Throw in a couple of assists and a shooting accuracy of almost 80 percent and the mercurial forward is definitely in the right type of form and mood to be a force in the Finals Series, starting Friday night.

You wouldn’t bet against Henrique adding another memorable chapter to his incredible finals performances for the Roar in this blockbuster, sudden-death clash with Victory.