It’s great times for us: Broich

Marquee man Thomas Broich has described the current Brisbane Roar roster as having the best depth of any squad during his six seasons at the club.

“The other day we played an 11-versus-11 at training and it felt like either team could have been the starting line up. It was incredible,” Broich said.

“It is pretty cool that we have all these options. It’s really great times for us.”

He also urged the Roar to attack Perth Glory in Sunday’s Hyundai A-League Round 6 clash at Suncorp Stadium and not get thwarted in the front third as they were at times in last weekend’s scoreless draw against Sydney FC.

“We’ve got to be a lot better (in the attacking third), a lot sharper there, also more willing to take risks – that’s going to be the key for us,” Broich said.

“That doesn’t mean neglecting our defensive duties but at the same time be braver when we go forward.”

Broich made his comments as the Roar prepare for to take on the Glory without captain Matt McKay, striker Jamie Maclaren and defender Corey Brown, who are all on international duty, and goalkeeper Michael Theo and forward Jean Carlos Solorzano, who are injured.

The German, who is enjoying a return to playing out wide, said the players who had been added to the Roar squad for this weekend’s game all brought special qualities.

On the return of Henrique, Broich said:

“Everyone knows what Ricky can do. He’s a very creative inventive player, always makes stuff happens.” 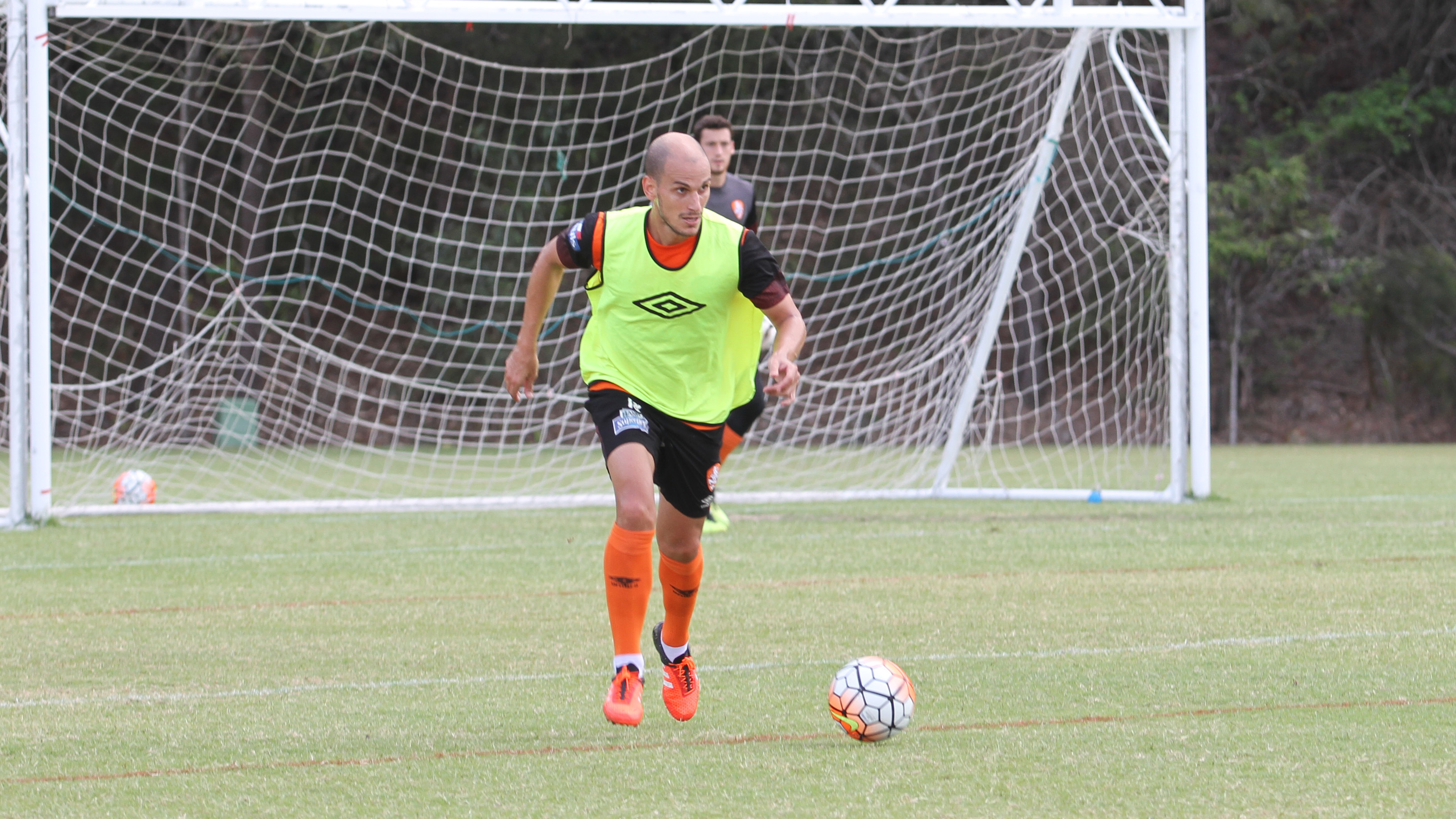 On Spanish midfielder Javier Hervas (above) possibly making his Roar debut off the bench:

“He’s got a pretty talented left foot on him. He seems to be quite a physical player so I am excited to see him play, hopefully.”

On 17-year-old striker Nick D’Agostino (below) being promoted after scoring two goals for the Young Roar last weekend in their opening Foxtel National Youth League win over Perth: 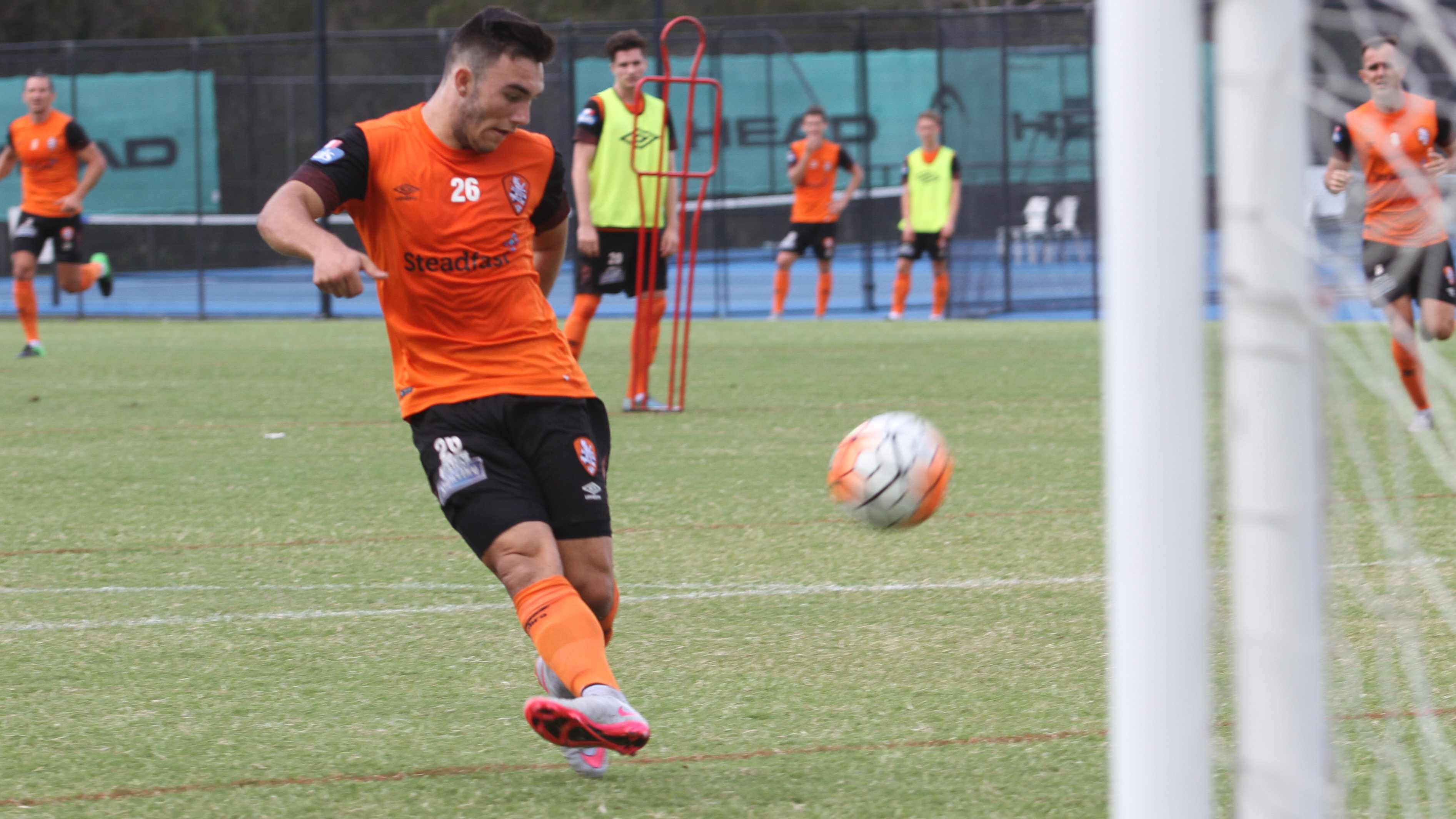 Roar Head Coach John Aloisi said he was very confident in the quality of his squad and stressed that all players, whether they start or come off the bench, have a job to do.

“Who ever is on the bench has to make an impact,” he said.

“For me it is not only the Starting XI that’s important but also the players that come in they have to make a difference.

“It is a great opportunity for some of them now to have that chance of playing and I am confident of everyone in our squad. I know they will do their job.”

Aloisi also has special words for striker Henrique, who comes straight into the squad after seven months of rehab after a knee reconstruction.

“We know what he is capable of doing of whether he comes on or starts, he’s electric,” Aloisi said.

“He can scores goals he puts fear in defenders . . . he’s been looking really sharp and that’s why I have included him.”

Sunday’s game is a Westfield W-League / Hyundai A-League double header with the Roar playing Perth in both matches. The women kick off at 1pm and the men at 4pm.

One ticket covers both games. To book your seats, click here.