New Brisbane Roar Westfield W-League recruit Kirsty Yallop says playing in Australia alongside several Matildas is set to be one of the highlights of her career.

Yallop, who has a decade of experience with New Zealand’s Football Ferns (90 caps), joined the Roar Women two weeks ago and could be in the starting XI for the first time against Perth Glory at Suncorp Stadium on Sunday (1pm kick off).

The talented 28-year-old midfielder said it had always been a goal to play in Australia and it was an added bonus that she is in a Roar side where her team-mates include Westfield Matildas Clare Polkinghorne, Tameka Butt and Katrina Gorry.

“It’s nice to be playing with them for once instead of against them,” Yallop said.

“I always wanted to come to Australia to play.

“It’s a strong league, a lot of Australian players are based here, and it attracts players from America and Europe as well.

“I definitely wanted to come and be part of it and to see what it was like and experience it. And the Roar is a good fit for me.”

Yallop (pictured right playing for the Ferns at the Olympics) has played professional club football for the last five years with Swedish Damallsvenskan sides Vittsjo GIK (85 games, 11 goals) and Kristianstad (21 games, one goal). 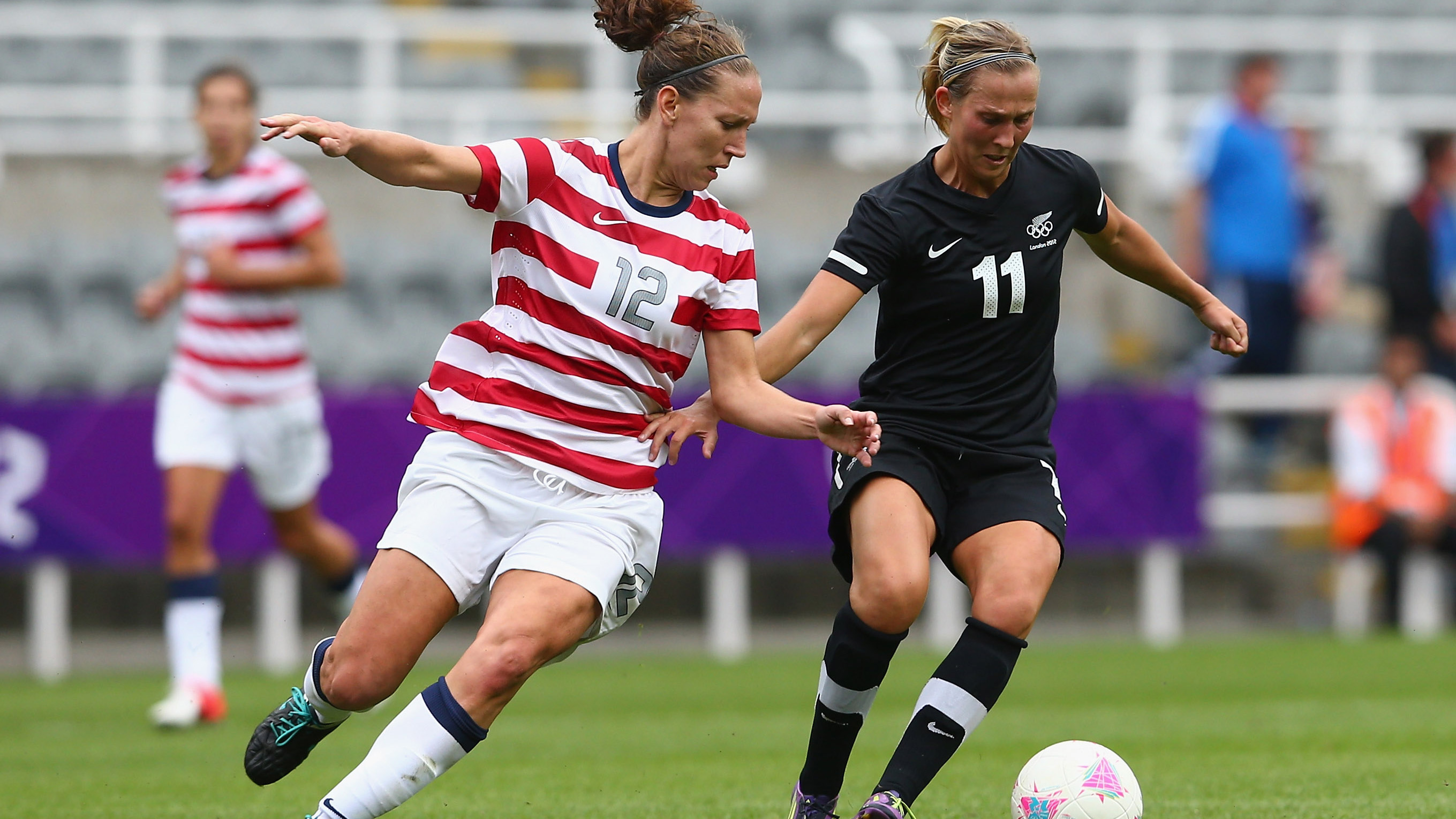 She says she is looking forward to contributing to the rebuilt Roar Women’s squad which includes a balance of experience and young players promoted from local NPL clubs.

“I have a lot of experience and I hope I can bring that to the team and help control the tempo for us,” Yallop said.

Consistency in tempo is what Roar Women’s Coach Belinda Wilson is seeking after her team stumbled on its good start to the season with a 2-1 loss to Adelaide United in their last game.

They’ve had nearly two weeks off to re-tune their game and Wilson says her team will be on the front foot against the Glory on Sunday.

“The focus will be on what we want to do against them,” she said.

“We finished the (Adelaide) game the way we should have started. That was a disappointing thing because we know we’ve got it in us to finish but we’ve got to start well.”

Wilson says Yallop is a terrific addition to her squad.

“She has that experience and an intensity about her playing style,” Wilson said.

“It is all one- and two-touch football. It’s keeping the ball moving. And that’s what we pride ourselves on at the Roar.”

To book tickets to Sunday’s game, which is a double header with the Hyundai A-League clash between Roar and Glory (4pm kick off), click here.