Brisbane Roar have secured a hard-fought win over Wellington Phoenix at Westpac Stadium on Saturday afternoon.

Substitute Jamie Maclaren’s eighth goal of the season late in the second half secured a well-earned 1-0 victory for the Roar.

“We feel that we’ve been playing well and that if we kept performing then the results would go our way. I thought that we played some good football and got an important three points,” Aloisi said.

“We have a really hard period coming up with a lot of travel. It was important to get the three points and now we look forward to the [Western Sydney] Wanderers next week.”

The Roar had the better of the opening stages in a confident start, pinning the Phoenix deep in their own half and carving a number of good chances. Jack Hingert came within inches of his first Hyundai A-League goal since April 2015, driving a shot against the upright from the edge of the penalty area.

The Phoenix had their best chance of the opening 45 minutes through Roly Bonevacia whose touch and turn split the Roar defence but he couldn’t connect from close range with only Theo to beat.

Crisp passing in midfield saw the Roar find better areas as the half wore on but both teams went into the break scoreless. 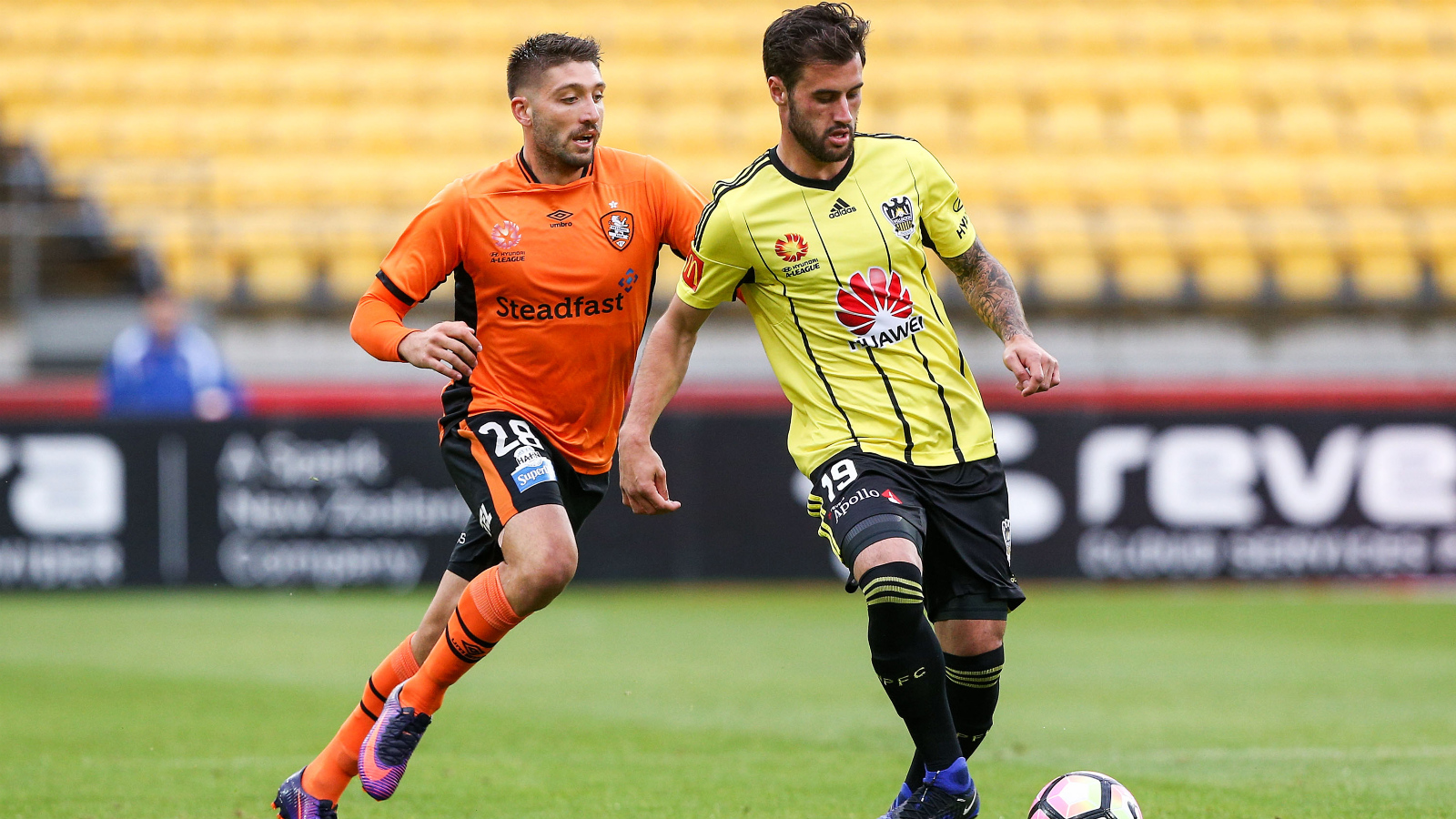 Fluidity disappeared after the break as both sides struggled to test the respective goalkeepers in a tightly-fought second period.

Brisbane managed to gain to ascendancy as time progressed and were able to create a number of good chances.

With just over 10 minutes to play, another venomous strike from Petratos called Phoenix man-of-the-match Glen Moss into action as the Roar looked the more likely to find an elusive goal.

That proved to be the case as Brisbane hit the front in the dying stages with Brandon Borrello and Jamie Maclaren combining and securing the Roar’s first victory of 2017.

Fullback Corey Brown was forced off during the second-half after a strong sliding challenge from Jacob Tratt which saw the Phoenix defender yellow carded.

87′: The ball eludes Andrew Durante at the back with Brandon Borrello and Jamie Maclaren breathing down his neck before play suddenly converts into a 2-on-1 with Glen Moss and the two Roar attackers combine with Maclaren giving the Roar the lead. 0-1 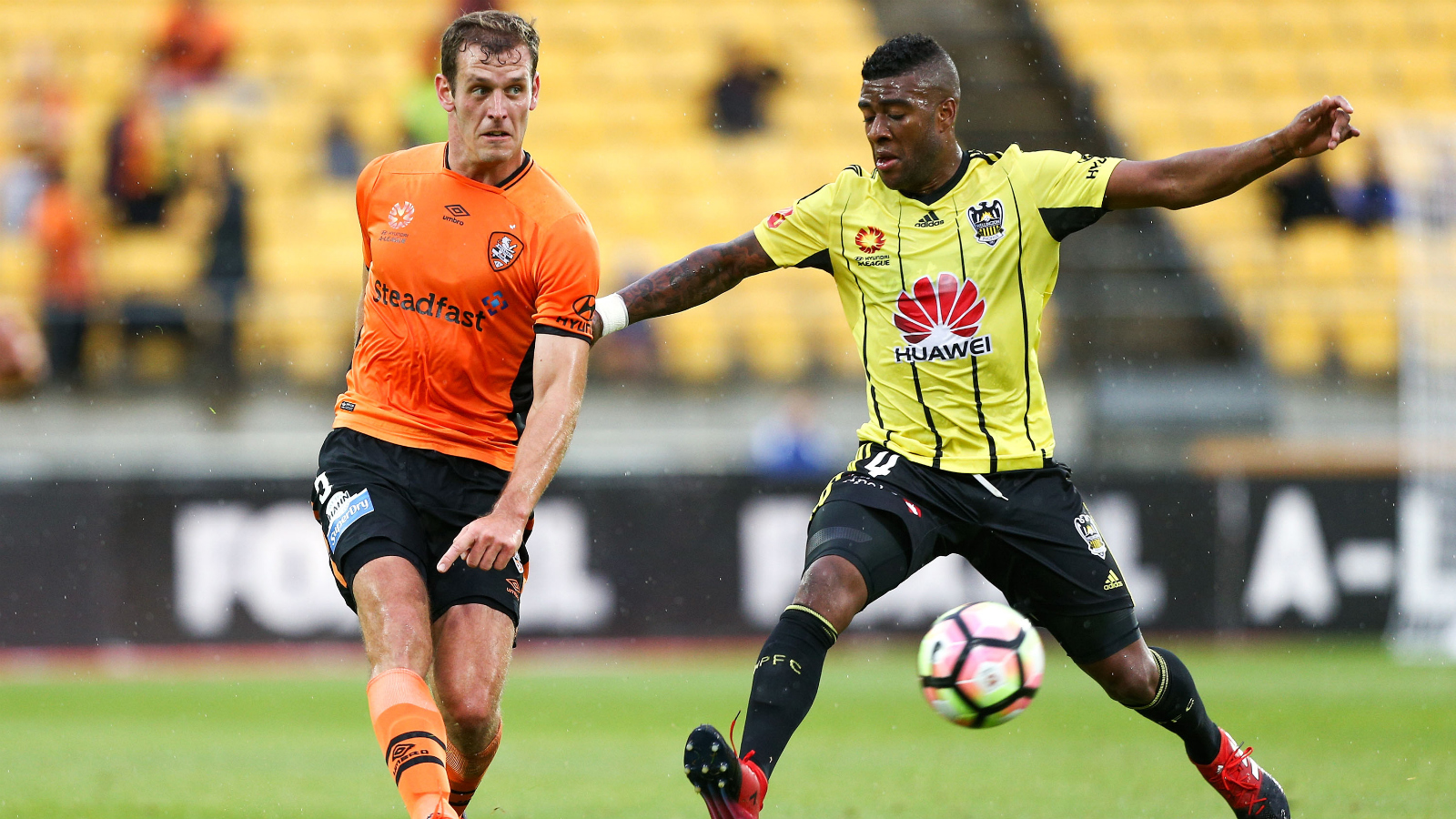 Ahead of a busy period for the Roar, Jamie Maclaren’s late goal will provide a confidence boost to a side that believed their recent performances had warranted more.

Brisbane Roar Head Coach JOHN ALOISI: “We felt that we were able to shift the ball quick enough and we were able to get Tommy Oar, Brandon Borrello and Arana into good areas.

“In the first half, they got us a few times on the break but we were dealing with it quite well. In the second half I felt that they got on top a little bit and we struggled. When you haven’t won your last three games you need the boys to dig in and they did that.

On Jamie Maclaren’s late goal: “He [Maclaren] worked hard in training and he knew that the opportunity would come and he took it. It was great work from Brandon and Jamie, as any striker needs to do, was there to finish. 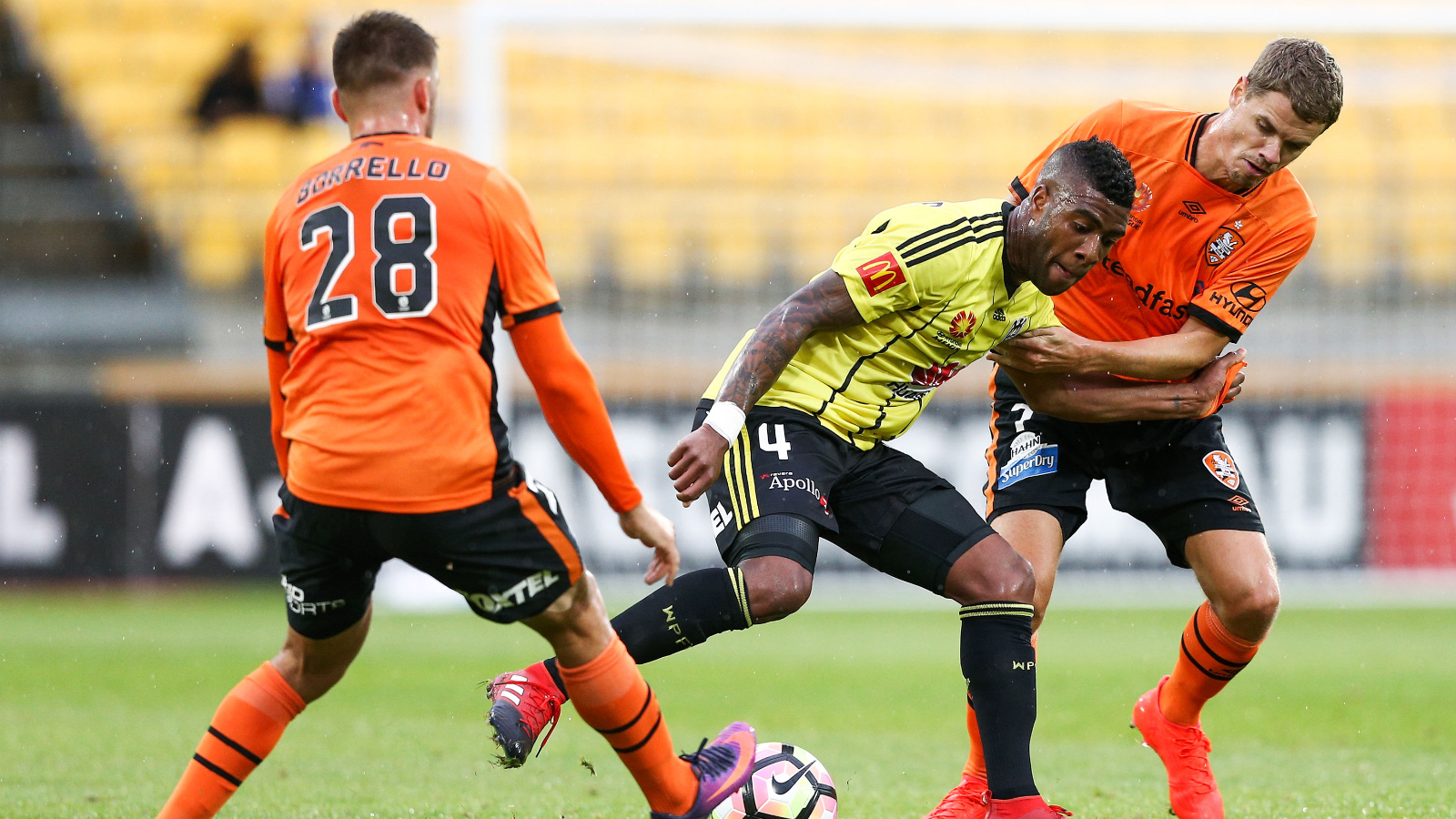 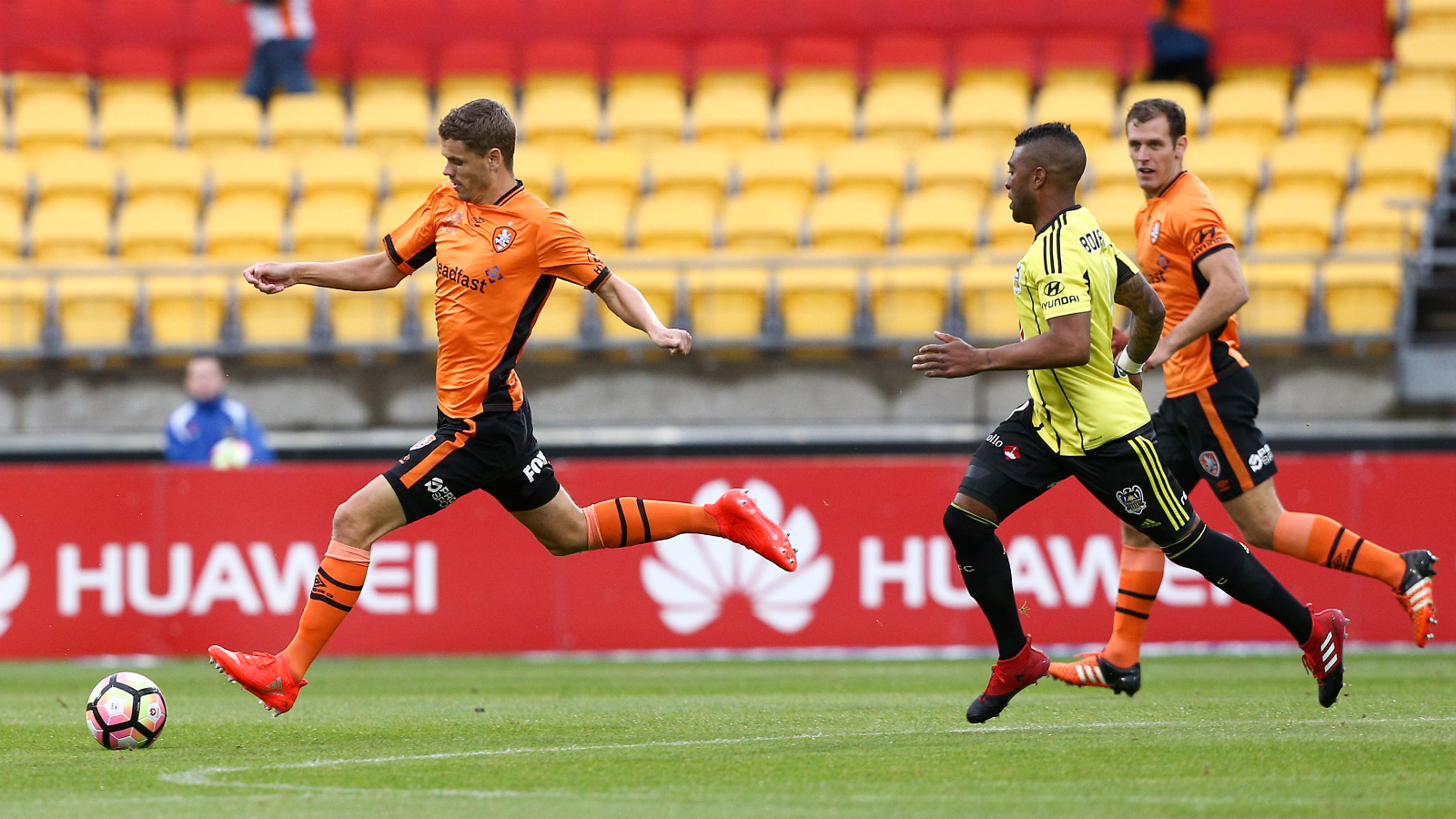