Brisbane Roar Women’s Coach Belinda Wilson has urged her team to start where they left off against Western Sydney when they meet Adelaide United in the Westfield W-League at Cleveland Showgrounds on Sunday (2pm kick off).

The Roar survived enormous pressure from the Wanderers for more than 60 minutes last Sunday before striker Emily Gielnik broke the deadlock with a spectacular overhead kick into the Western Sydney net.

After going 1-0 up, the Roar dominated and added two more goals to secure the three points in an impressive final third of the match.

In addition to Gielnik, Roar goalkeeper Haley Kopmeyer had an outstanding game as did midfielder Angela Beard (below, being felled in the penalty box which gave the Roar a spot kick for their second goal) and central defender Ruth Blackburn (lower photo, dominating the Wanderers attackers). 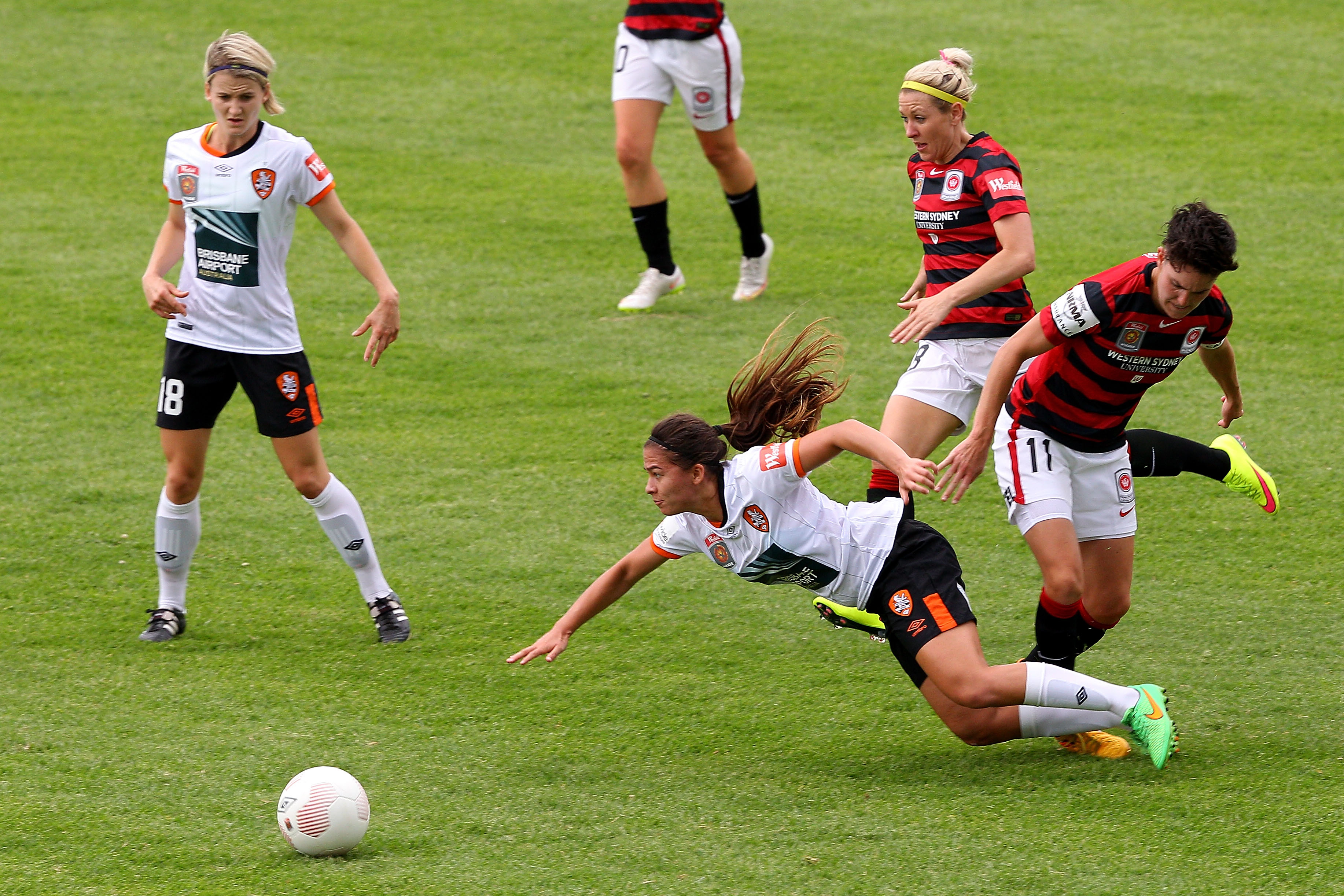 The win meant the Roar Women remain undefeated after two rounds of the Westfield W-League following their opening round 2-1 upset of Champions Canberra United.

Wilson wants the same positive style she saw in the closing stages of last Sunday’s game to be produced from kick off against the Reds on Sunday.

She says both the defensive and attacking qualities her squad showed last weekend highlighted the depth within her rebuilt side.

“We took another important step forward last week with securing three points away from home and a clean sheet,” Wilson said.

“It was a difficult game but we came away with real belief and a good test for the depth of our squad.

“This week against Adelaide is no different to last week. We need to keep improving in key areas so we are able to dominate those areas and apply pressure on the opposition.

“We can take confidence from last week where we stayed in the game and in the final 20 minutes overpowered and executed our chances which is important moving forward.” 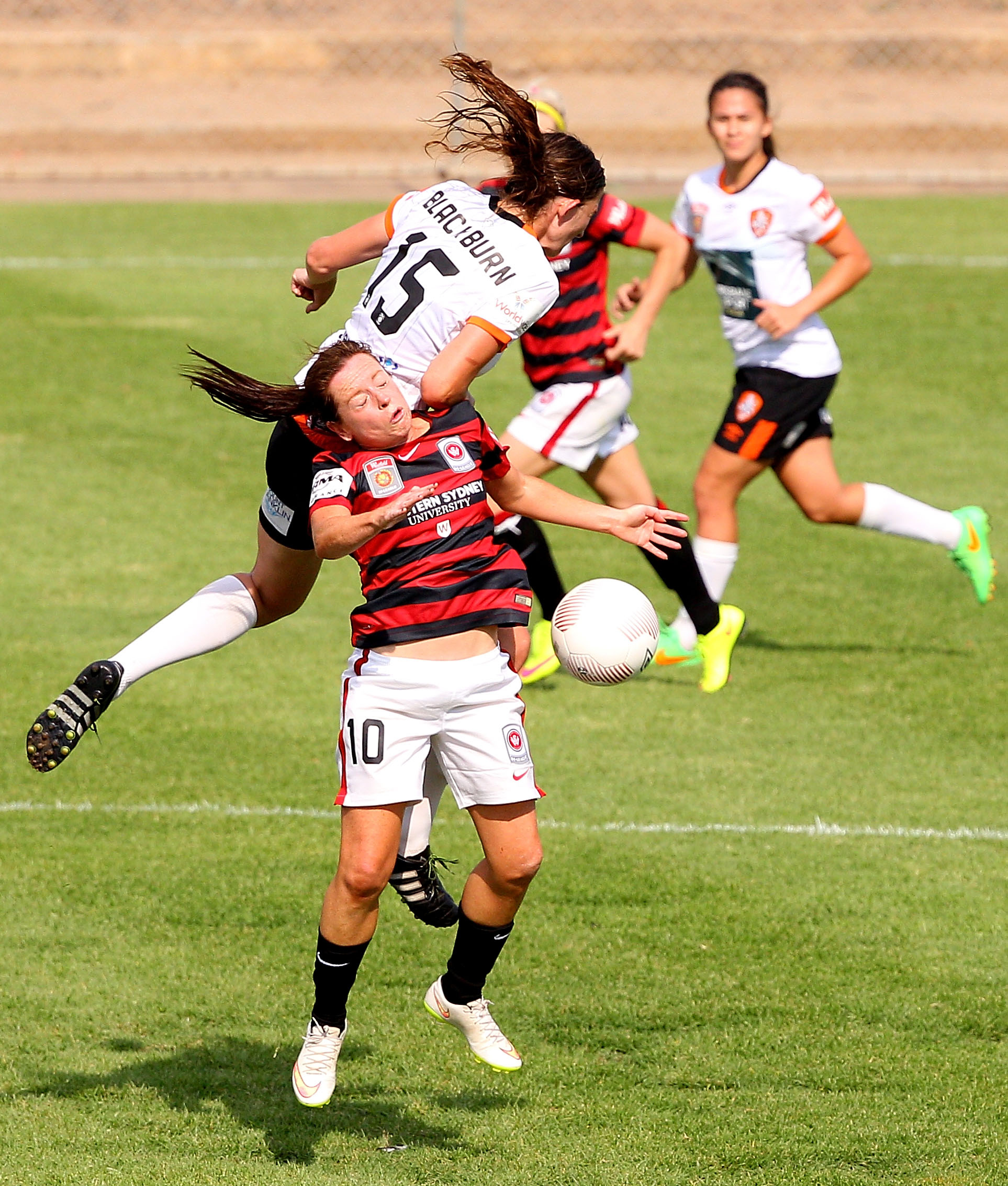 But Wilson said it was too early yet to decide if any of the trio would be involved in Sunday’s match.

Admission to the game, at Redlands United FC’s home ground at Cleveland, is $10 (adults) and $5 (children and concessions).