Midfielder Steven Lustica believes the benefits from Brisbane Roar’s visit to Cairns last week will flow on for the remainder of the season.

The trip was a success in terms of bringing Hyundai A-League football back to North Queensland and expanding the Roar footprint across the state.

Personally, it also showed the value of Lustica as he came off the bench to score an equaliser in an impressive second-half performance.

But Lustica is looking at the bigger picture and says the four days away was the perfect tonic for a squad that endured so much in a challenging off-season.

“It was good to get away for a few days together. There was a lot of bonding happening there,” he said.

“We didn’t have a pre-season camp away, so this was the first time together for a few days.

“It brought the group together and that is going to be good in the long-term as well.”

The 2-1 win over the Phoenix in Cairns reaffirmed the Roar’s strong credentials this season. They have five wins and three draws from the first 10 rounds.

And while Lustica earned kudos for his efforts on Saturday, he was back at work this week training hard with an impressively strong Roar squad preparing for the last of four consecutive road trips away. 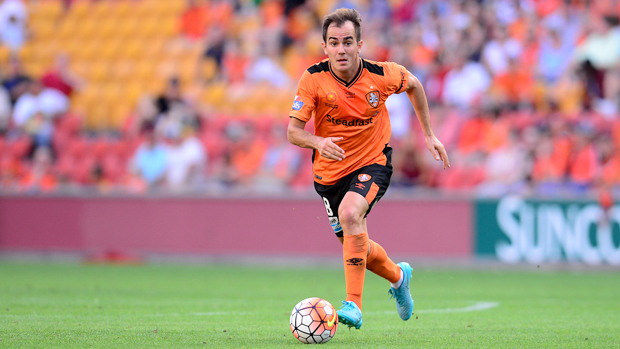 “It’s a nice feeling when you score a goal but most of all it is about the team – winning games, performing well and improving,” he said.

“We all put in at training and it is up to the coach (John Aloisi) to decide (the Starting XI) and we all respect his decisions.

“We know we have a great squad here and we know that success is built on the squad not just the players that are playing.

“We are looking to improve every day and continue this form that we are in and every game getting better and better.”

While the win in Cairns saw the Roar climb back among the competition leaders, Lustica said table position was not Brisbane’s focus at this stage of the season.

“We’re not looking at the table too much. We are more focused on our performance,” he said.

“If the performance is right, the table will speak for itself.”

The Roar trained at their Griffith University Nathan base for the first time today as part of a hugely successful Fan Day.

The pitch was well-grassed and well-groomed with hundreds of fans turning out to watch the session and get player autographs afterwards.

“(The pitch) is great and its great to see the fans turn out as well. Hopefully at the next home game in a few weeks time (against Melbourne City at Suncorp Stadium on Sunday, 27 December 6pm KO) we get a good turn out for that,” Lustica said.

For tickets to that game and the 2 January home clash against Perth Glory, click here