Macca eyes Roy of the Rovers return to England

After his stellar season with Brisbane Roar FC, new Caltex Socceroo Jamie Maclaren says scoring on his return to England against the Three Lions would be the ultimate story for the one-time Rovers player.

After four years with Blackburn Rovers’ youth set up and failing to crack a first team spot, the forward moved back to Australia to join the Hyundai A-League in 2013.

But it wasn’t until his move to the Sunshine State with the Brisbane Roar last season that things really clicked into gear.

The Roar striker, who uses his pace well to play off the shoulder of defenders, smashed 20 goals – a fabulous effort from the 22-year-old, finishing runner up to Golden Boot winner Bruno Fornaroli. 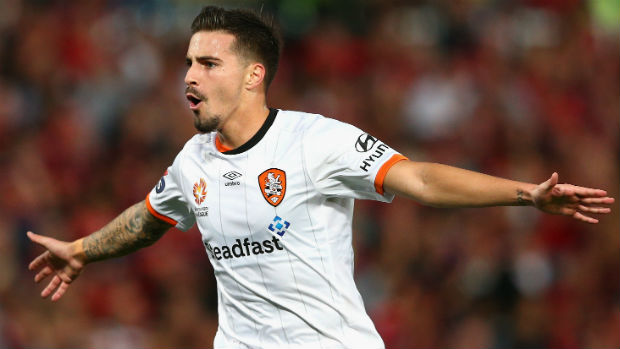 Now, being back in England has Maclaren dreaming of a return to haunt the country where he learnt his trade the hard way at Ewood Park.

“I spent four years at Blackburn Rovers so I know what it’s like in England to break in, and it’s not easy” he told reporters on Monday.

“It was a lot of things… I went through five different managers. So it was tough.

“And they signed a lot of different players. Jordan Rhodes came in and I had to understand that.

“And I was always travelling with the Young Socceroos and Olyroos flying off to play against teams like Vietnam, and they [Rovers] weren’t too happy with that.

“But I had to do that because I wanted to play for Australia.” 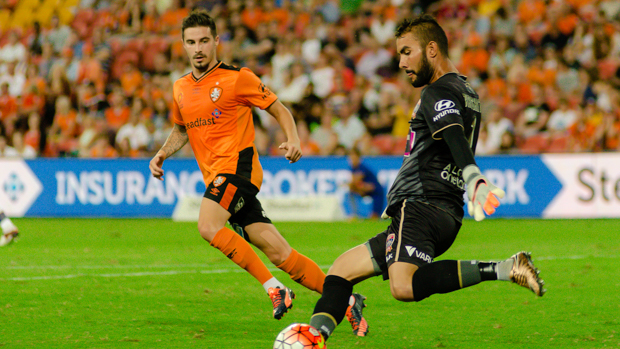 If the forward gets on the park against England, it would be a dream come true, but, his focus is only on working hard and putting his hand up for selection in the team.

“It would definitely be the pinnacle because it would mean a Socceroo debut but also against a country that has given me my development in football.

“It would be a great feeling and I’ve got my family and ex-team mates coming to the game,” he said.

Despite the Hyundai A-League season finishing for the Brisbane Roar over a month ago, Maclaren says double sessions have him feeling as sharp as ever after finishing a long season with the club.

“I’m probably the fittest I’ve ever been [right now].”

Maclaren is likely to battle with Tomi Juric for the central striking role though may be used as a wide striker.