Maclaren: Why I chose the Roar

New Brisbane striker Jamie Maclaren has revealed Head Coach John Aloisi and his young squad were the two reasons which prompted him to reject rival offers and sign with the Roar.

“John was a big factor,” Maclaren said this morning after completing his first training session with the Roar after inking a two-year deal at the weekend.

“He offered me a chance to earn regular playing time given the hard work I have to put in first. That challenge appealed to me.

“I know some of the boys here . . . they are such a good footballing team.

“They are a young squad, vibrant and just want to do well.

“To be here and part of their dressing room is really good.

“For many years the Roar have been very successful and if I bring my attributes in terms of putting the ball in the back of the net then I believe this team will be successful again in the future.”

Maclaren, who will wear the No.9, participated in an intense 90-minute session today where the focus was on competing for possession and shooting – something the former Perth Glory marksman relished.

Maclaren scored nine goals in 20 Hyundai A-League games in 2014/15 (only seven of those appearance were as a starter) and was the competition’s sixth top scorer.

“Last season was a breakout for me,” Maclaren said.

“Once I got that feeling of scoring goals in front of crowds you just want to continue on that. Hopefully I can do that for Brisbane Roar and continue to win games.” 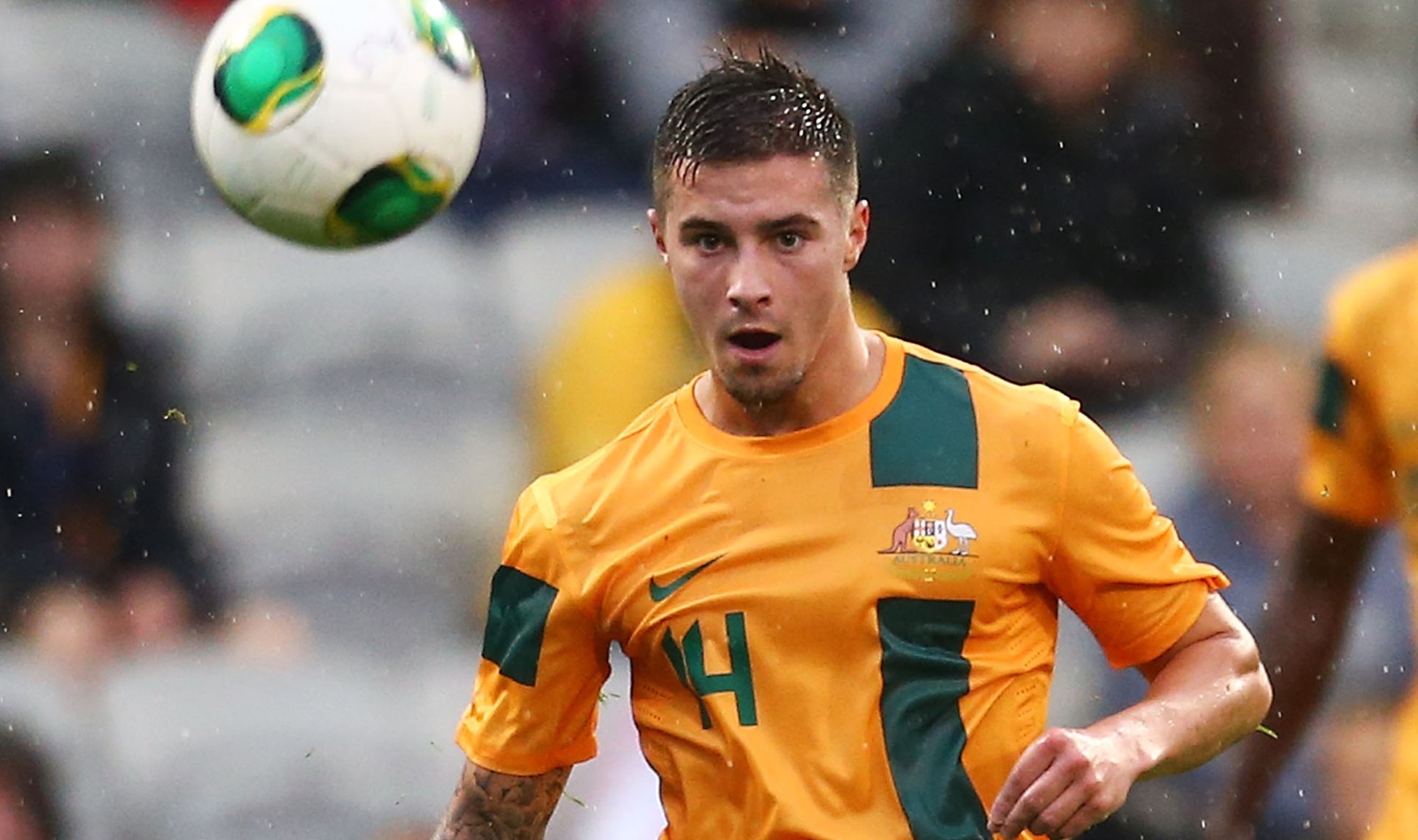 Aloisi revealed he had been following Maclaren’s development for several years including his time as a young teenager with Blackburn Rovers. He gained regular updates on the youngster from Socceroos mates Vince Grella and Brett Emerton, who were at Rovers at the time.

“As soon as Jamie became available, I did everything possible to try and get him. He will be a great addition to the Roar squad,” Aloisi said today.

“He really impressed with his movement and the way that he gets into good positions to score goals.

“Last year he proved he was a natural goal scorer and that is something I believe this team needs and Jamie will help with that.

“He works hard and he will work hard for his team.

“The way Brisbane Roar will play is putting teams under pressure and pressing and working hard.

“Having someone in the box to finish off all the good movement we can provide will create plenty of goal-scoring opportunities for Jamie.”

Maclaren, who was hotly pursued by at least two other Hyundai A-League clubs, said he was particularly looking forward to making his home debut in front of the Roar supporters and the famous Den.

Maclaren has scored a staggering 15 goals in his 22 appearances in the green and gold at Young Socceroos and Olyroos levels.

He has toured with the Roar’s Olyroos squad members James Donachie and Corey Brown and also has been in national squads with Brandon Borrello and quickly bonded with all three at training this morning.

“We had a few laughs early on today but now it’s business as usual and we are preparing for the game against Liverpool,” Maclaren said.