Two goals from youngster Brandon Borrello steered Brisbane Roar to a 2-1 win over Central Coast Mariners and rocketed them to the top of the Hyundai A-League table today.

The 20-year-old Borrello got his side off to a dream start in front of 14,471 fans at Suncorp Stadium with an unstoppable pile-driver from just inside the box after good lead up by his captain Matt McKay and fellow striker Jamie Maclaren.

Borrello followed up the first effort with an equally talented strike in the 60th minute to finish off a classy Brisbane Roar counter attack to give the home side a two-goal lead.

Maclaren received a beautifully weighted pass from Jack Hingert, after a superb touch by Corona, then proceeded to weave pass two defenders before laying it off to an open Borrello, who made no mistake.

It was a solid performance by Brisbane Roar against a resilient Central Coast Mariners side that clawed one goal back with just minutes to go by substitute Josh Bingham after earlier in the game being denied a solid penalty appeal.

After a challenging off-season, John Aloisi’s Roar have now won their opening two matches of the season and are the only undefeated side on six appoints at the top of the Hyundai A-League table, two points ahead of their nearest rival – but with a long way to go. 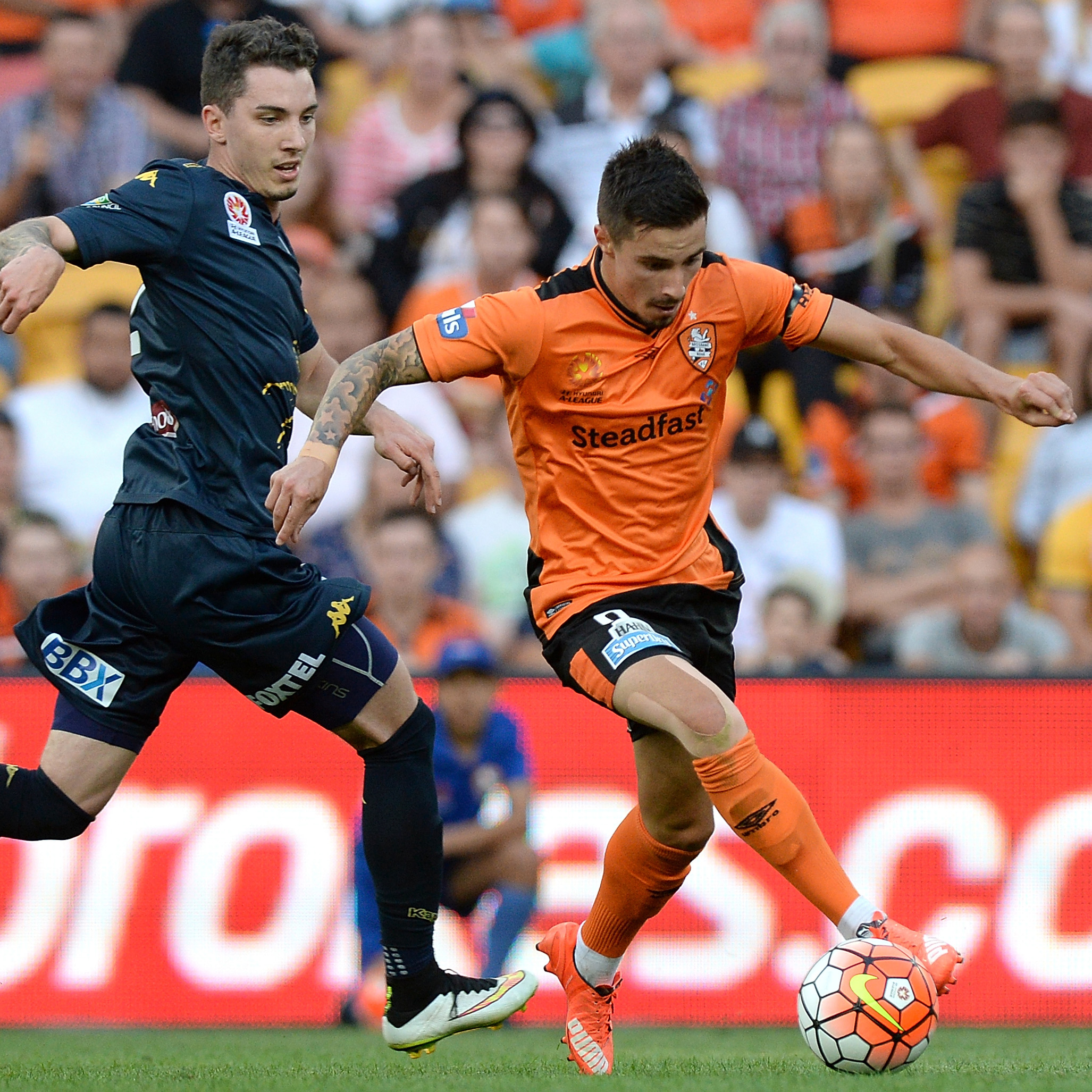 14’: The move began on the left with Matt McKay’s pinpoint pass to Jamie Maclaren, who worked the ball to his outside man Brandon Borrello. Borrello controlled superbly and buried his right foot shot Mariners keeper Liam Reddy’s finger-tip touch and into the top corner of the net.

60’: Maclaren received a beautifully weighted cross-field pass from Hingert, after a deft touch by Corona turned defence instantly into attack. The No.9 then proceeded to weave pass two defenders before laying it off to an open Borrello, who buried his shot into the Mariners’ net.

88’: Jake McGing makes a run around the outside defender, passes to Fabio Ferreira who lays offs to an unmarked Josh Bingham who slots his shot home from just outside the six-yard box.

The calmness Spanish import Corona brings to the side is impressive and it was his clever run one way and short pass back the other way to Jack Hingert that started the move that led to the Roar’s superb second goal.

Brisbane Roar Head Coach John Aloisi: “Nice to get off a winning start in front of our home fans . . . it has been a tough time for them and we wanted to thank them for their support.”

“We thought that we started the game well. First 20 minutes we were clearly on top of them (but) if you don’t take your chances in the game, it can come back and haunt you.”

“Definitely more to come from (Corona). He just shows what quality he has.”

Striker Brandon Borrello on his first goal: “We’ve done it in training, just take it at your feet and play through the net and that is what I did.”

Central Coast Mariners Head Coach Tony Walmsley: “They had us by the throat and they could have taken the game away from us in the first half. Because they didn’t . . . we made a much better fist of it in the second half.”

A tough trip across the Tasman looms next for the Roar against Wellington Phoenix, who bounced back from a Round One defeat to down Perth 2-1 today. 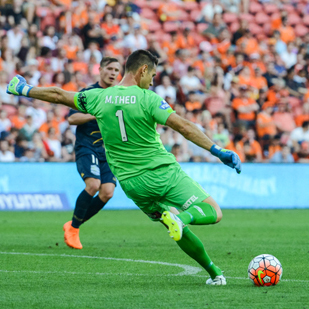